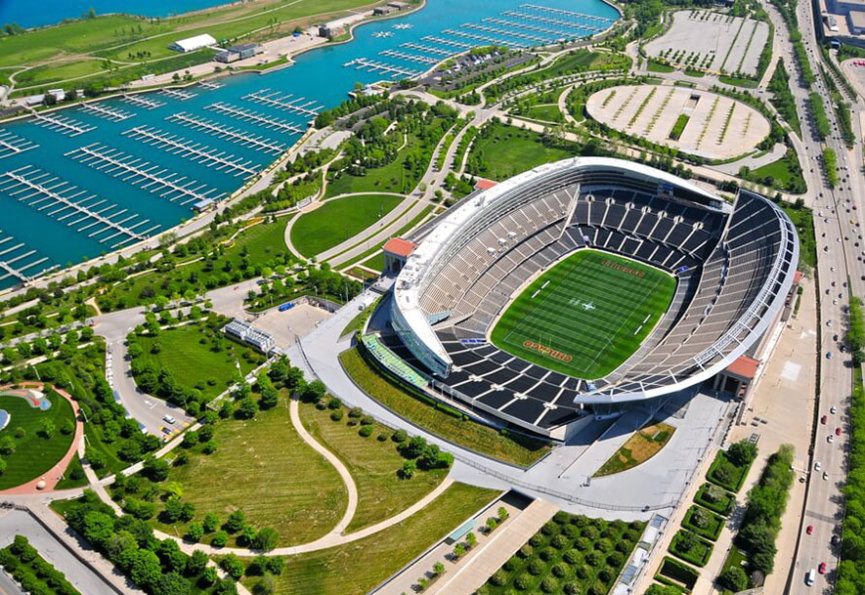 With five division titles in six seasons (from 2011-16; Vikings won in 2015), the NFC North effectively belonged to the Green Bay Packers. But the last two seasons have seen the Vikings rise up and win one (2017) and the Chicago Bears (2018). However as long as Aaron Rodgers is active, the Packers are going to be in the mix.

Can Rodgers take back the title this season or will the Bears start a new dynasty? Maybe Kirk Cousins follows through on his potential and leads the Vikings to victory or Matthew Stafford leads the Lions to the winner’s circle.

Expectations are high for the Vikings, Bears, and Packers this season leading oddsmakers at BetOnline.ag to make an uncommon conclusion—all three will be starting the season as favorites to win the division:

Green Bay is mostly banking on Aaron Rodgers to make them relevant. But will the coaching change help or hurt their chances? If Mike Zimmer wants to keep his job, the Vikings will need to be in contention. As for the Bears, can Mitchell Trubisky elevate his game?

So –who’s going to win the division this year? Let’s take a closer look at each team and figure it out.

While Kirk Cousins wasn’t at his best for much of last season, but it wasn’t entirely his fault. The offensive line struggled to protect him, and the running game never really got going either. But the Vikings did address both issues in the offseason.

If the new additions do help, then Cousins should have an easier time getting the ball to one of the best receiving tandems in the NFL, Stefon Diggs and Adam Thielen. Kyle Rudolph is another excellent target in the passing game, and the team has high hopes for rookie Irv Smith Jr.

But they will need Kirk Cousins to play better against good teams. As a starter, he has a record of 4-19 against teams with winning records.

On the defensive side of the ball, the unit will have several talented players returning and should be very good this year.   They didn’t try to upgrade the roster, so they will likely be counting on players to get healthy and bounce back.

Thanks to Aaron Rodgers, the Packers are always a competitive team. But with the emergence of Aaron Jones last season, he could have a decent run game to work with for the first time in years.  His offensive line isn’t great, but he does have a good pair of tackles protecting the edge.

Davante Adams has developed into Rodgers’ go-to target, but there isn’t a reliable No. 2 yet. Geronimo Allison has shown some potential as has Marquez Valdes-Scantling and Equanimeous St. Brown. They will need one of them to step up and take over the role.

Don’t be shocked if rookie tight end Jace Sternberger ends up becoming a favorite target for Rodgers. He was one of the best receiving tight ends in college but was under-rated by evaluators.

The front seven was beefed up in free agency and the draft and should have a better season in ‘19. If their young secondary can continue to develop, the Green Bay defence could be tough. 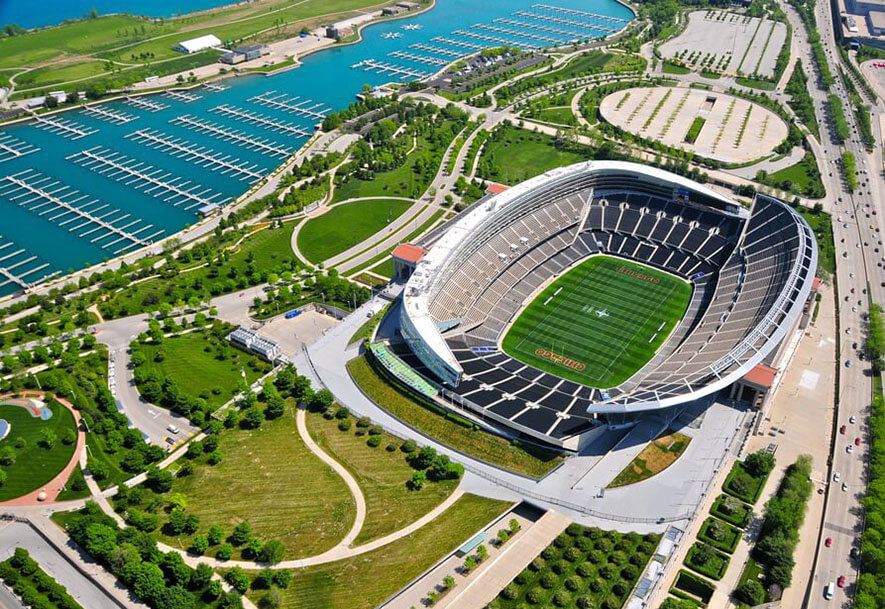 Oldiers Field is the oldest NFL operating stadium and is Home of the Chicago Bears since 1971 | Richard Cavalleri / Shutterstock.com

The Bears didn’t make too many changes in the offseason, but they didn’t need to. Their defence was one of the best and will return largely intact. As long as no one gets hurt or regresses, they should be a dominant unit once again.

On the offensive side, they did lose running back Jordan Howard, but rookie David Montgomery appears to be a better fit in Matt Nagy’s system, anyway. The offensive line, which was one of the best in the NFL, is back as are Mitchell Trubisky’s top three receivers, Allen Robinson, Taylor Gabriel, and Anthony Miller.

Rookie receiver Rile Ridley could become a solid contributor as well. The trick for the Bears is going to be the continued progression of Trubisky as an NFL quarterback. As long as he doesn’t regress, the Bears should be good.

Matthew Stafford was not having a great year before the Lions traded Golden Tate away, but once they did that, it went downhill real fast. They didn’t find a comparable replacement via free agency, but they did add Danny Amendola.

So, their success in ’19 will largely depend on the continued development of receiver Kenny Golladay, Marvin Jones, and rookie tight end T.J. Hockenson. The former Iowa standout will likely get the chance to contribute early, but it remains to be seen if he will be up to the challenge.

Stafford could finally have a decent run game to work with this season. Kerron Johnson was showing some promise last season before his injury, and the team acquired C.J. Anderson during the offseason. If he can continue running as he did for the Rams, the Lions could have a run game this season.

The Packers and Vikings will be better this season, but the Bears are still the class of the division. As long as Trubisky doesn’t take a huge step backward, the Bears will have no problem taking the NFC North. So—take the Bears to win.