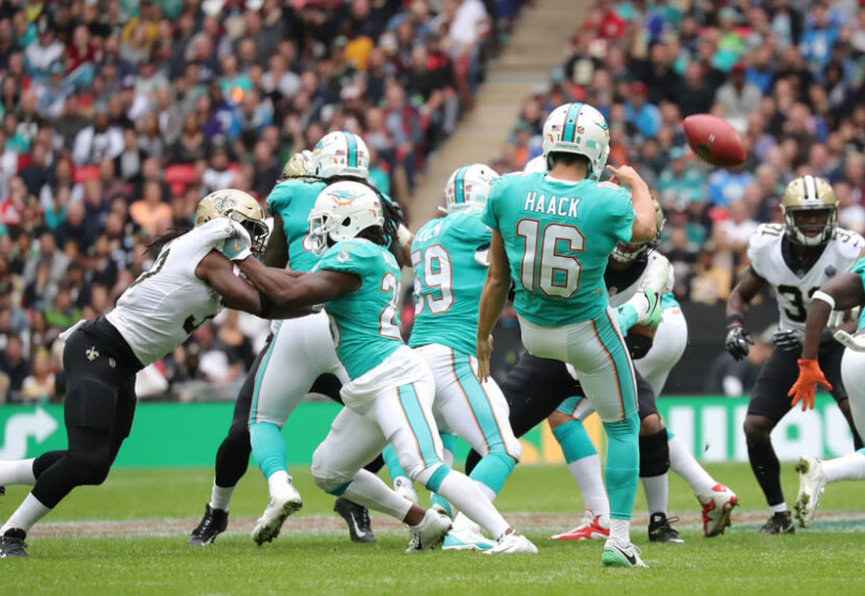 But with Rob Gronkowski gone, is there a chance that the Patriots could be vulnerable? Maybe, but the better question may be whether one of the other teams in the division will be good enough to win the division should New England falter.

For years, the AFC East has been the New England Patriots and everyone else. From the odds that BetOnline.ag has posted, it looks like this season will be much of the same:

The Patriots are still widely considered the best team in the division by far. The Jets are going to need Sam Darnold to take a huge leap forward to win the division but having Le’Veon Bell in the backfield should make life easier on him.  The Bills should be better this season, but the Dolphins— not so much.

The obvious bet here is to go with the Patriots, but could there be value in going with someone else? Let’s examine each team and see.

The Patriots will need Tom Brady to work some of his magic again after their latest round of personnel losses. His favorite target, Rob Gronkowski, retired. Chris Hogan found a new team. Offensive tackle Trent Brown is now with the Raiders. Josh Gordon will likely not be back anytime soon, either.

Their 2018 first-round pick, Isaiah Wynn, will step in on the offensive line. Dontrelle Inman may pick up the slack left by Hogan’s departure. Julian Edelman could be asked to do more this season. Otherwise, it will be up to rookie receiver N’Keal Harry to pick up the slack.

The defense should still be in good shape, and the running game should be even better with the addition of rookie Damien Harris.

They may have a 42-year old quarterback, but with the talent surrounding him, the Patriots are going to be hard to beat once again.

Heading into the offseason, the Bills knew they had to upgrade their offensive personnel—and they did.  Frank Gore (one he’s active) and T.J. Yeldon should give the running game a boost as should rookie Devin Singletary. John Brown and Cole Beasley will be nice additions at wide receiver.

They also added some much-needed talent to the offensive line.

Defensively, they were already in good shape with what they had. But appear to have gotten better with the addition of guys like Ed Oliver in the draft and Kevin Johnson via free agency. As long as no one gets hurt, the Bills could be a very interesting team to watch this season.

If this year is going to be any different than the last three for the Jets, Sam Darnold is going to need to take his game to another level this season. He was good last season, but the team needs him to be better. But he will not have to do it alone.

The Jets found him some help.

The most significant addition is running back Le’Veon Bell. Jamison Crowder is an immediate upgrade at wide receiver, and Josh Bellamy should be a good addition as well. The defense should take a big step forward as well with the addition of free agents C.J. Mosley and Brian Poole along with rookies Quinnen Williams and Jachai Polite.

The Jets appear to have the pieces in place, but the crucial factor could be new head coach Adam Gase. While he was a great coordinator with the Broncos and Bears, he struggled as a head coach down in Miami. 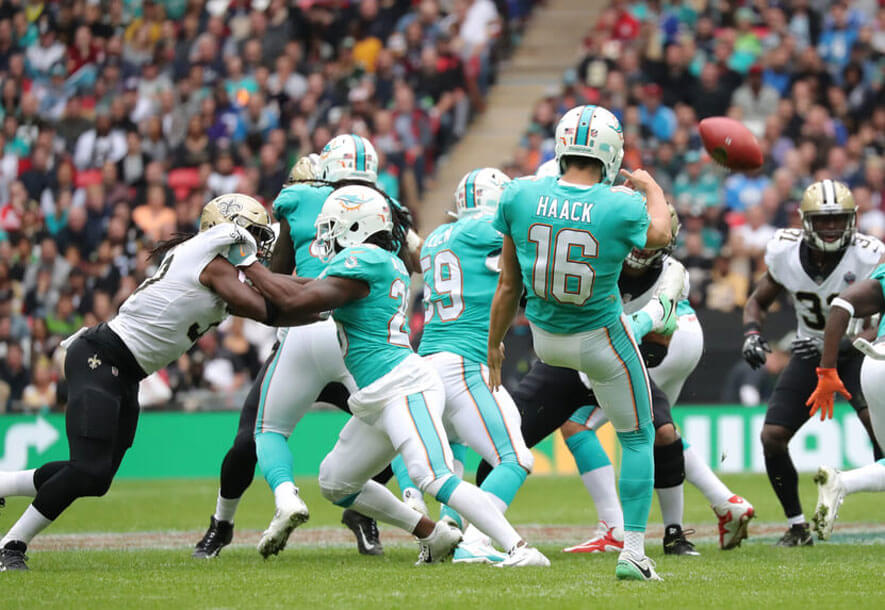 during the NFL match between the Miami Dolphins and the New Orleans Saints at Wembley Stadium | Mitch Gunn / Shutterstock.com

The most optimistic and positive person in the world is going to struggle to find something good to say about the Miami Dolphins heading into 2019.

Ryan Tannehill is out at quarterback, but is Ryan Fitzpatrick an upgrade? Maybe Josh Rosen will be, but there has to be a reason why Arizona was so willing to let him go for a song (other than drafting Kyler Murray).

Whoever starts at quarterback is not going to have much to work with at receiver or running back. Last season’s porous offensive line is not going to be any better. They have a few good players on defense, but since they are going to be on the field a lot, it will be hard for them to shine.

As nice as it would be for the division to have a new contender emerge, it just doesn’t look like it is going to happen this year. The Jets and Bills are going to be better. But both are likely a year or two away from being able to challenge the Patriots.

Taking the Patriots to win the AFC East is probably the safest bet in sports.