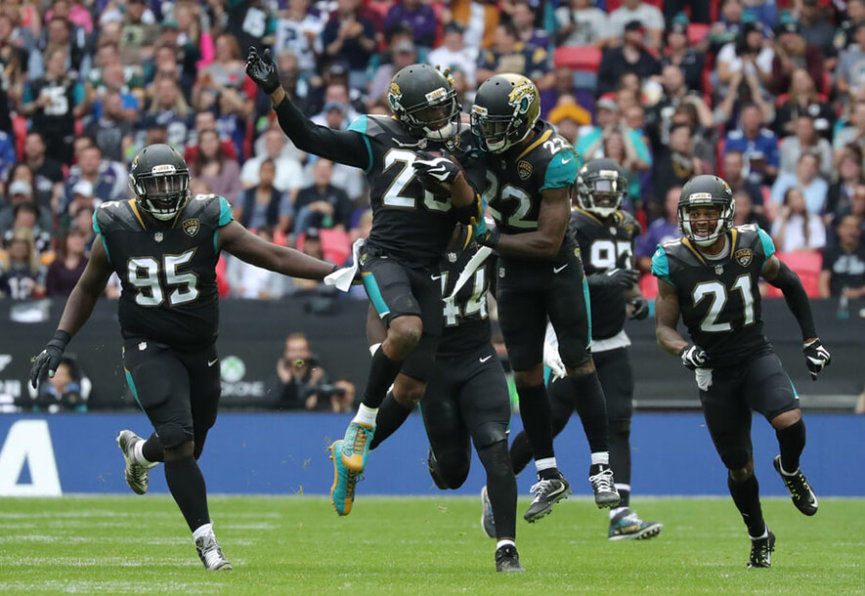 As we head into Week Four of the NFL season, some fans may start looking for something to bet on other than the game itself. What happens on the field is what matters most, of course, and will always garner the most attention. But the game is not the only form of entertainment the NFL provides.

There’s also the drama. From that drama, sportsbooks have been known to offer wagers for fans that think they know what will happen next. This season, there is certainly a fair amount of drama. From it, BetOnline.ag is offering several great NFL specials for your betting pleasure:

The Jalen Ramsey mess in Jacksonville has been one of the more entertaining dramas of the season to date. Ramsey wants a trade because he feels like the franchise doesn’t respect him, but the team has no interest in trading him.

To push his agenda, he supposedly said he would do whatever it takes to stay away from the team this week. So, he called in sick to work on Monday, then it became more of a game-related injury issue, and then the birth of his child.

He is rumored to be planning on practicing Thursday, but fans shouldn’t hold their breath. So, if his antics work and he Antonio Brown’s his way out of Jacksonville, where will he go?

Which team will Jalen Ramsey play for next?

He is arguably the best cornerback in the league right now and could be an invaluable piece to a team with Super Bowl aspirations. Of the above teams, the team rumored to have the most interest is the Chiefs.

While the payout will not be as big, considering how weak the Chiefs secondary is, they would be the logical bet.

The only thing funnier than watching the Dolphins play this year is this wager offered by BetOnline.ag:

Next team to win a regular-season game

Ouch! Talk about a burn! However, the Heat’s first regular-season game is against the Memphis Grizzlies on October 23. Neither team was playoff material last season, but the Heat was much closer to being a playoff team than the Grizzlies were—and still are.

The chances are good the Heat will win that game which means the Dolphins have to beat either the Chargers, Redskins, or Bills. Washington will be their best chance, but even Case Keenum should be able to go wild on the Dolphins defense.

Yes, sports fans, it is true. One lucky couple from the infamous ‘Bills Mafia’ will get the chance to have the most’ Bills Mafia’ wedding ever by exchanging their vows during halftime of this week’s game against the New England Patriots.

You know, because the home crowd needs something to cheer about.

With the reputation that the fans in Buffalo have, BetOnline.ag thought it would be prudent to ask:

Will a fan crash the Bills halftime wedding?

It is not hard to imagine a fan base that loves to throw each other through tables for fun crashing someone’s wedding. But you would hope that security would be looking for it and stop anyone from getting too far.

Will the bride say “No” to marriage vows

Come on. Have a heart and pass on this one.

Will the groom drop the ring

It is not hard to imagine someone being nervous about getting married and getting even more nervous in front of a stadium full of people. But if his love is true, there is no way he lets that happen.

Will Antonio Brown play in the XFL?

According to media reports, we already know the answer to this one—no. XFL officials have said they don’t want him.

Kaepernick’s agent has supposedly been making calls to teams in need of quarterback help. With the news that Carolina Panthers QB Cam Newton may have a Lisfranc injury, it is likely he put a call into the Panthers to see if they might need his client.

With how well Kyle Allen played last week—not a chance.

Amazingly enough, a team with the defensive talent that the Broncos have, and a defensive-minded head coach has yet to record a sack or a turnover. Will this week be the week they finally get one?

Minshew has only thrown one interception this season, and the team has only committed a single fumble. The offensive line has done a good job so far and given up just five sacks and allowed 11 QB hits (in three games).

Don’t bank on the Broncos getting either this week.