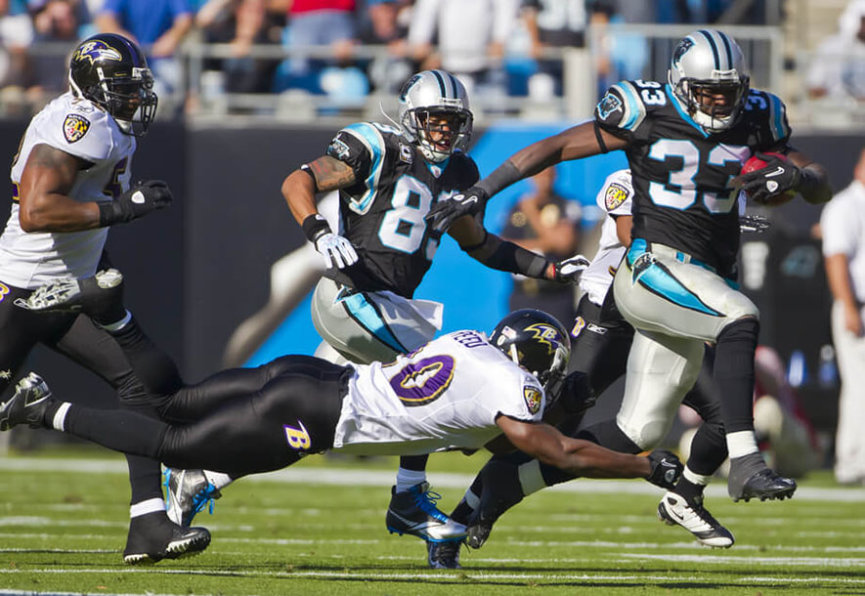 For the last two seasons, the NFC South has been won by the New Orleans Saints. But it hasn’t been that long since the Atlanta Falcons won the division (2016) or since the Carolina Panthers owned it (2013-15). It has been a while since the Tampa Bay Buccaneers have won the division (2007). But Bruce Arians has had a knack for turning teams around in the past.

But as the beginning of the season draws near, who has the advantage this season?

Last season, the Saints ran away with the division going 13-3 during the regular season. No other team in the division had a winning record (Panthers and Falcons went 7-9; Buccaneers went 5-11). So, it stands to reason that the Saints would be favored heading into the season (odds via BetOnline.ag):

Drew Brees is one of the greatest quarterbacks of all time, but he is not getting any younger. Matt Ryan is a former MVP as is Cam Newton, but does either have the kind of team around them that can win? Everyone has a shot at winning the division, but who should win it?

Maybe a closer look at each team will make it easier to answer that question.

In the past, the Saints needed Drew Brees to throw for 300+ yards every night because they didn’t have a run game. That, and they were always playing from behind. For the last couple of seasons, they have had one of the better running games in the NFL and a decent defense as well.

But this year could be a turning point for the Saints.  With Brees turning 40, a decline could come at any time. Since Mark Ingram is gone, it will be up to Alvin Kamara to carry the load in the running game. Besides Michael Thomas, Brees doesn’t have a lot at receiver to work with; no proven talents, at least.

Barring injury or age-related issues, it is not hard to see the Saints offense being one of the best in the business once again. Defensively, they will miss Sheldon Rankins on the front line (injury), and the secondary is not strong, but they will be tough against the run.

With Tevin Coleman gone, Devonta Freeman could be in line for a bounce-back year behind Atlanta’s rebuilt offensive line. The offense, in general, should benefit from the departure of Steve Sarkisian and hiring of Dirk Koeter as the new offensive coordinator.

Should Calvin Ridley take a step forward this season in his progression, the Atlanta offense could be something special this season.

However, to win the division, the Falcons are going to have to be better than last year’s unit that was 26th in points allowed. But that shouldn’t be too hard to improve on since so many guys went down with injuries early in the season last year.

If the Panthers are going to be better this season, they will need Cam Newton to be healthy but more importantly—he has to stay healthy. To that end, they are hoping the acquisition of center Matt Paradis and rookie tackle Greg Little can help. 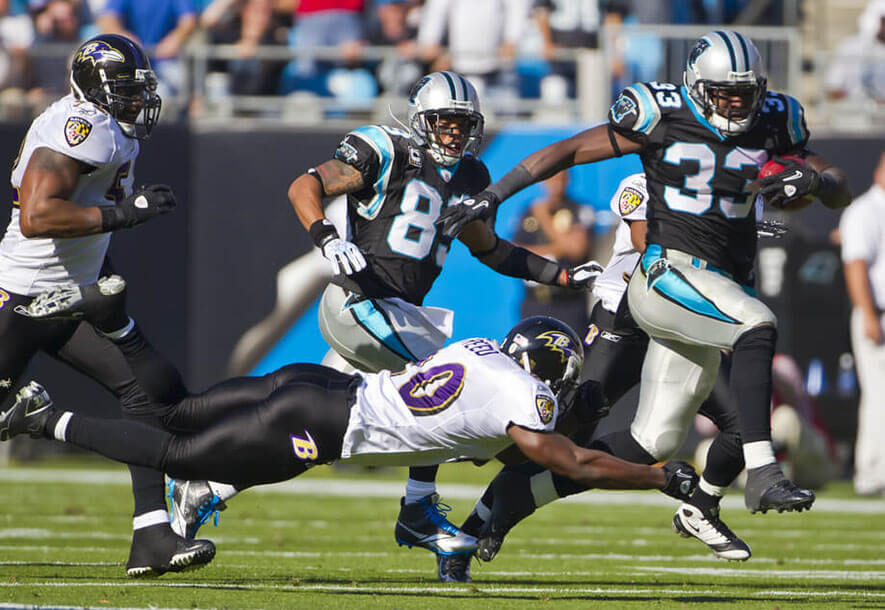 Throwing the ball has never been Newton’s strong suit, but it would help if Curtis Samuel and DJ Moore could step their games up. A healthy Greg Olsen and Torrey Smith could benefit the passing game as could the addition of former New England Patriots receiver, Chris Hogan.

Defensively, with the additions they made in the offseason, the Panthers are going to have one of the best front sevens in the game. But they didn’t do anything to help a secondary that struggled in 2018. Instead, it appears they will count on guys getting healthy and young guys playing better.

The story that most will focus on with the Buccaneers is what Bruce Arians will be able to do with talented but inconsistent quarterback Jameis Winston. The former No. 1 pick has shown some real flashes of talent at times but has struggled to bring his ‘A’ game from one week to the next.

Along with Arians as his new head coach, he will have the benefit of working with a talented duo at receiver, Mike Evans and Chris Godwin. O.J. Howard has played well at tight end as has Cameron Brate. But the Buccaneers failed to upgrade their offensive line or even bring in any competition at running back.

Much was expected of Ronald Barber last year, but he underperformed as did Peyton Barber.

However, the Buccaneers did do some serious work on their defense in the offseason.  They lost many of their better players, but they added quite a few through free agency and the draft. So, it remains to be seen how good they will be, but it will not be hard to improve from last season.

Once again, the New Orleans Saints are the obvious choice to win the NFC South. Carolina and Atlanta are going to be better this season. But neither is going to improve enough to challenge the Saints. Betting on a team with -150 odds may not be sexy, but if you want to win, take the Saints to win the division.