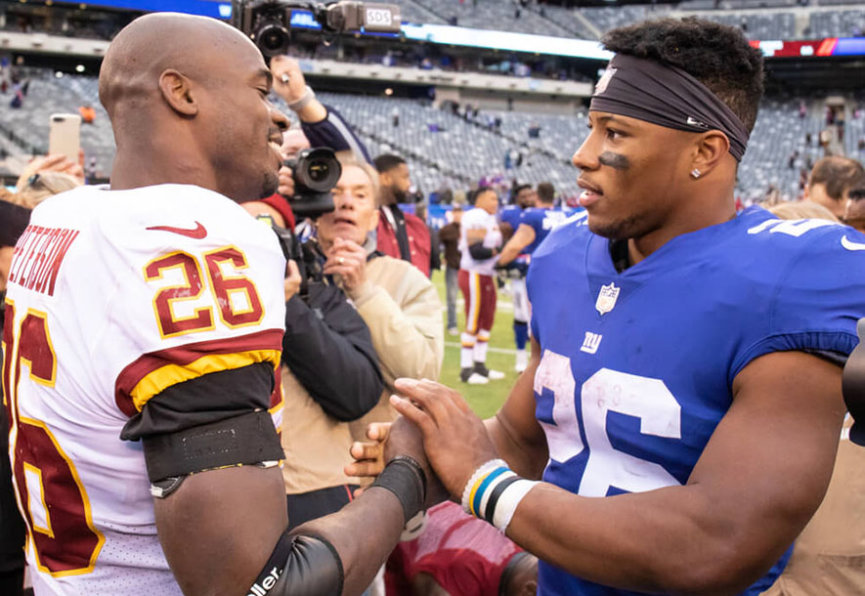 Back in the day, NFL teams looked for running backs that could take a beating and still keep churning out yards; guys that would generate ‘three yards and a cloud of dust’ on any given play. But nowadays, teams are looking for something a little different. Yes, they want a guy who can churn out yards on the ground, but they also want a guy that is good in the passing game as well.

So, while guys with big rushing yard totals are valuable, guys with the higher yards-from-scrimmage numbers are even more valuable.

New York Giants running back led the pack last year as a rookie. Who will lead the pack this season?

According to BetOnline.ag, Barkley is favored to repeat as the YFS champ, but he is going to have some fierce competition right on his heals:

The average total YFS for the leader over the last 31 seasons is 2147 total yards. So, while it is common for running backs to gain yards in the passing game, you seldom see receivers gaining significant yards throughout the season in the run game.

It is probably safe to go ahead and cross the wide receivers off as a valid option. There are a few like Julio Jones and Antonio Brown that have come close the last several years, but the deck is stacked in favor of running backs here.

But not all running backs.

In the past, a few running backs topped the list by doing most of their damage in the run game. But with backs becoming such a big part of the passing game for many teams now, rushing yards alone are not going to be enough.

Along with wide receivers, guys in platoon (running back by committee) situations and those who are not active in the passing game (or not active enough in the run game) can be crossed off your list of options. Guys that are injury-prone are not worth putting money on either. You may also want to forget about the older guys that are hanging on to their glory days still but don’t have the game they used to have anymore. 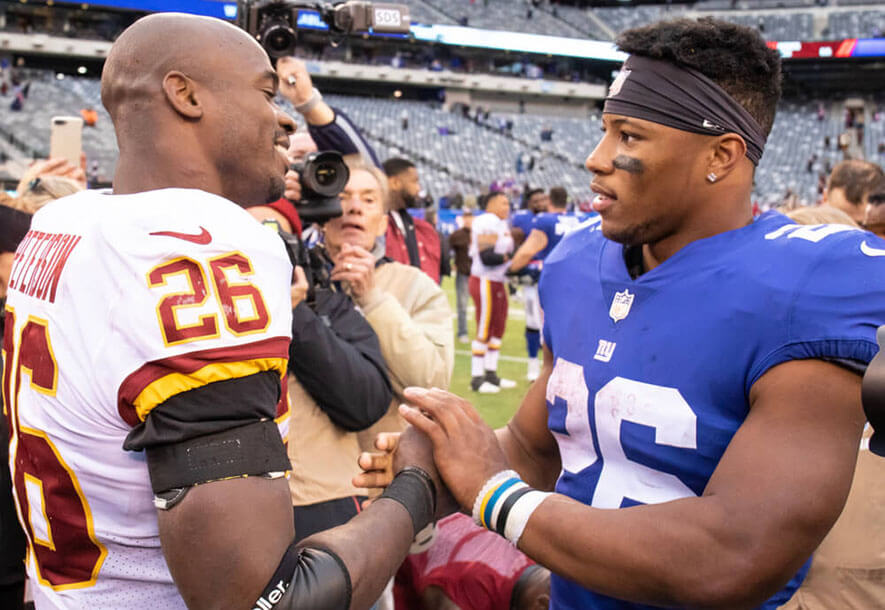 Joe Mixon is going to get plenty of work with the Bengals this season, but the Cincinnati offense is not expected to be very good this season. Melvin Gordon would be a great candidate, but it remains to be seen if or when he is going to be suiting up this season (and for who). The same concern can be had for Ezekiel Elliot as well.

Todd Gurley is likely going to be on a pitch count this season so he will probably not get enough touches. The Panthers have said Christian McCaffrey is going to be on the field less, but his usage will remain the same (so now defenses will key on him, even more, when he is in the game).

Bell will likely be a popular choice for many betters, but he hasn’t played in a year, and the Jets offense is not as good as Pittsburgh’s.

Barkley is the safe bet at +500 but don’t count James Conner out. He gained 113.1 yards from scrimmage last season but only played in 13 games.

Over a full season, he would have had over 1800 yards. Now that he has been the lead back for a year, it wouldn’t be shocking to see him get a little more work and gain close to 2000 yards—which could be enough.