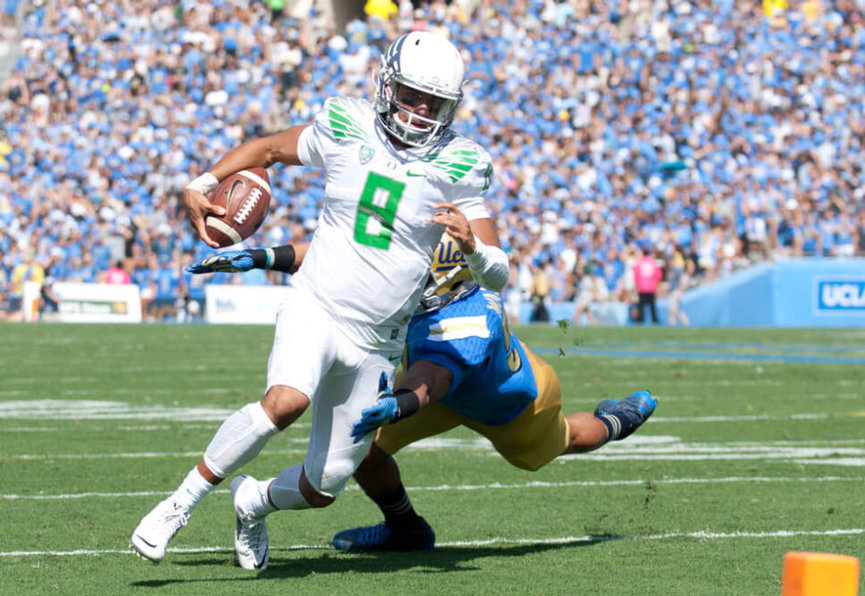 Some of the greatest stories in sports do not necessarily involve winning teams. Yes, those are the teams that fans and gamblers like the most. But when it comes to hot topics, it is the story about the guy that was down and counted out people like the most. People remember and talk about the guys that overcome the odds, whatever they may be and achieve greatness once again. They talk about the guys who deserve to win the Comeback Player of the Year award.

Comeback Player of the Year Award – Who will be the winner? | Bertoncelj / Shutterstock.com

According to 888sport.com, these are the odds for some of the candidates eligible for Comeback Player of the Year (CPOY):

A key aspect of having an award-worthy season as a ‘comeback’ player is opportunity, so it stands to reason that quarterbacks and running backs are going to have the shortest odds. They are on the field a lot and will have plenty of opportunities throughout the season to make an impact.

But that doesn’t necessarily make Jimmy Garoppolo. Le’ Veon Bell, Devonta Freeman, or Carson Wentz a lock to win the award. To figure out who may win it, let’s take a closer at the history of the award and the candidates.

History of the Comeback Player of the Year Award

It actually took three years for a quarterback to win COPY back when it was first handed out in the 1960s (1965– John Brodie, San Francisco 49ers). A kicker was the first (Jim Martin Baltimore Colts) in 1963. But from 1967-97 the award was discontinued.

When it was brought back in 1998, Buffalo Bills quarterback Doug Flutie was the winner. Quarterbacks have gone on to win it more than any other position (in 12 out of 21 seasons). A defensive player has won it five times, three wide receivers have, and a tight end and running back have each won once.

With quarterbacks winning it 57 percent of the time, some have called it just another ‘quarterback award’ like the MVP. But this is one where most players have a legitimate shot as long as they make a significant impact on the game when they return.

It may seem self-explanatory as to who is eligible for CPOY, but if you assume that it has to be someone returning from a major injury, you would be wrong. All a player has to do to in order to be considered a candidate is show perseverance and overcome adversity. 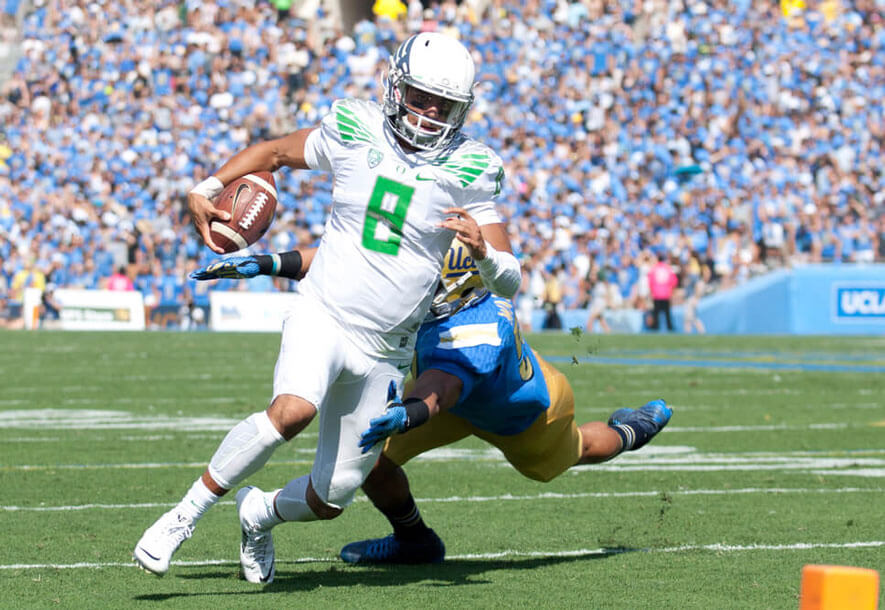 This adversity may be an injury that ended a season early, a contract holdout, retirement, or federal prison. Players that simply had a bad season the year before could also be candidates. Usually, the winner is someone who was injured the year before, but that is not a prerequisite.

So—who should you bet on to win it this year?

To make the decision process a little easier, let’s eliminate some of the guys that will probably not win. The winner has always been someone coming off an injury or wasn’t playing the year before. There has not been a winner that simply had a bad season the year before but then bounced back with a good one.

So, Eli Manning, Derek Carr, Cam Newton (despite the shoulder injury that impacted his game in the second half of the season), LeSean McCoy, Marcus Mariota, David Johnson, Joe Flacco, and Josh Rosen can be eliminated. There will be too many great players returning from an injury for someone who had a bad season the year before to win.

Due to his training camp injury, it is probably safe to eliminate A.J. Green. Since Dez Bryant doesn’t need football right now and isn’t on a roster, it will be pretty hard for him to win.

Opportunity is a critical part of any player’s chance of winning and the guys with the most significant opportunity will be the top four candidates, Jimmy Garoppolo (+350), Le’ Veon Bell (+400), Devonta Freeman (+800), and Carson Wentz (+800).

These guys will all have the opportunity to earn the award and a supporting cast that can help.

While Garoppolo has a solid supporting cast, Wentz has a much better one in Philly. Freeman could have an award-worthy season, but he may not see the ball enough. While the Jets have improved their roster during the offseason, it is not good enough—yet.

But if you believe in high-risk, high reward consider Travis Frederick (+3000). Linemen never win awards, which makes his case unlikely. But if the Cowboys offensive line becomes the most dominant unit in the game again this season, it will be because of his return.