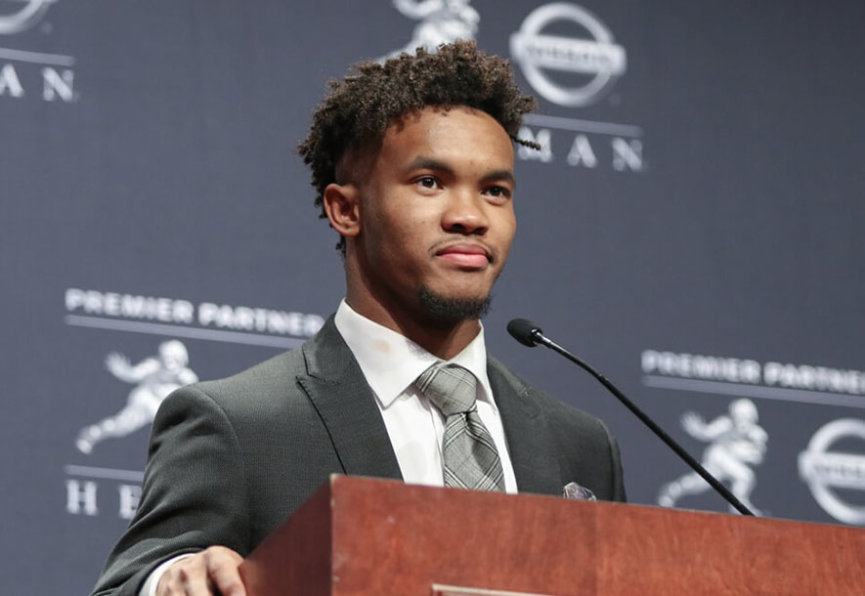 NFL fans are not a patient bunch. We want our team to win now; not in three years after a few good drafts and some free agent pickups. We want our rookies to be as impressive as they were in college— if not better.

That expectation is certainly what led to Arizona Cardinals rookie quarterback Kyler Murray being named the early favorite to win the Offensive Rookie of the Year (OROY) this season.

Now that the season has begun, we have a better idea of who is going to make the kind of impact that will deserve OROY recognition. Kyler Murray didn’t have a great day (29-54 for 308 yards, two touchdowns, and one interception) but he did salvage what looked like a bad loss and got the tie. He is still considered the favorite.

But there were several guys that looked like they may have the potential to challenge Murray for the award:

The odds, according to SportsInteraction.com, for Offensive Rookie of the Year are as follows:

All of these guys did not have good games; some didn’t even play and may not play this season. Those guys are clearly out of contention (for now). But the guys, other than Murray, that had performances worth talking about are:

One of the Raiders problems last season was the lack of a running game which allowed defenses to focus on stopping the passing game. With 85 yards on 23 carries Monday night, Jacobs gave them one against a very good Denver defense. He’ll need to get his per carry average up (3.7 yards) to have a real shot.

But he is off to a good start.

The Ravens hoped surrounding Lamar Jackson with better weapons would make a difference, and if Week One is any indication, it will. Jackson threw for 324 yards (17-20) and five touchdowns; Brown caught four of those receptions (five targets) for 147 yards and two touchdowns.

With his speed on display during his 83-yard catch, it looks like the Ravens were smart to draft him.

The Bills leaned on Frank Gore more in the run game against the Jets, but after Singletary gained 70 yards on four carries (long of 23; also had 28 yards on five receptions) chances have to be good that he will get more carries in the weeks to come. If he can continue to produce when the Bills give him more touches, he will deserve to be in the conversation at the end of the season. 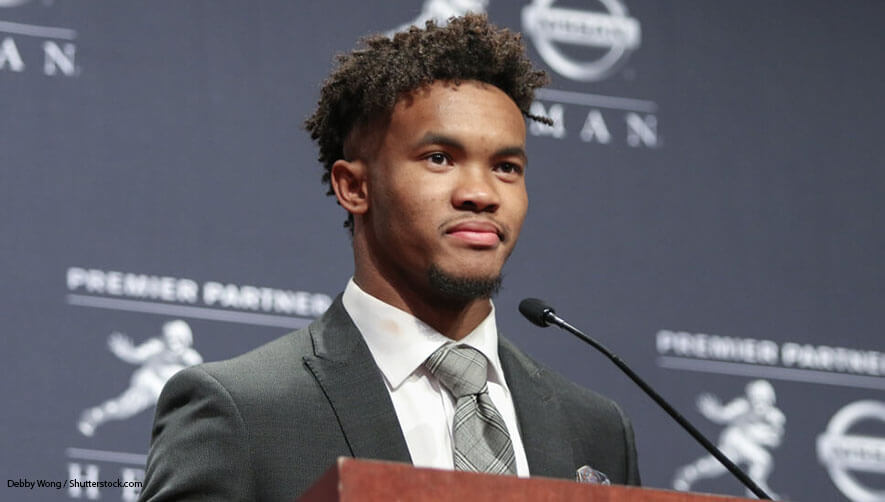 Kyler Murray, winner of the 84th Heisman Trophy, speaks to the media on December 8, 2018 at the Marriott Marquis in New York City.

Tight ends do not often get a lot of credit; Mike Ditka is the only player listed as a tight end to win the OROY (1961). But if Detroit Lions quarterback Matthew Stafford can continue to target Hockenson like he did against the Cardinals last week (nine targets; caught six for 31 yards and a touchdown), Hockenson could easily become the second.

He got a ton of attention pre-draft for his physique, but then got passed over by many teams before the Seahawks finally picked him up late in the second. While he didn’t have a mind-blowing game against the Bengals (four catches on six targets for 89 yards), it was a respectable start to the season. But he may not get enough work in Seattle’s offense to become a legitimate candidate.

Prior to Week One, you didn’t hear much about former Ohio State receiver Terry McLaurin because the Redskins offense was not expected to be any good. But than Case Keenum threw for 380 yards and three touchdowns against the Eagles.

McLaurin ended up getting targeted seven times and caught five for 125 yards and a touchdown.

Our Betting Tip and Prediction for Offensive Rookie of the Year

One bad game is not going to disqualify a player from consideration. Nor will one good game make him a legitimate candidate. But a good game can get our attention and let us know that the player in question is someone we should keep an eye on.

Unlike the MVP, OROY is not a ‘quarterback award.’ In the last ten there have been only four quarterbacks along with four running backs and two wide receivers. So, theoretically, the award could go to anyone at this point—but who should you put your money on?

If you are okay with rolling the dice on a position that has only done it once—go with Lions tight end TJ Hockenson. He had a solid, productive day against the Cardinals, but what will make him a legitimate candidate will be having a similar day against a better team (the Lions play the Chargers this week).

But when he does, his odds are going to get shorter.