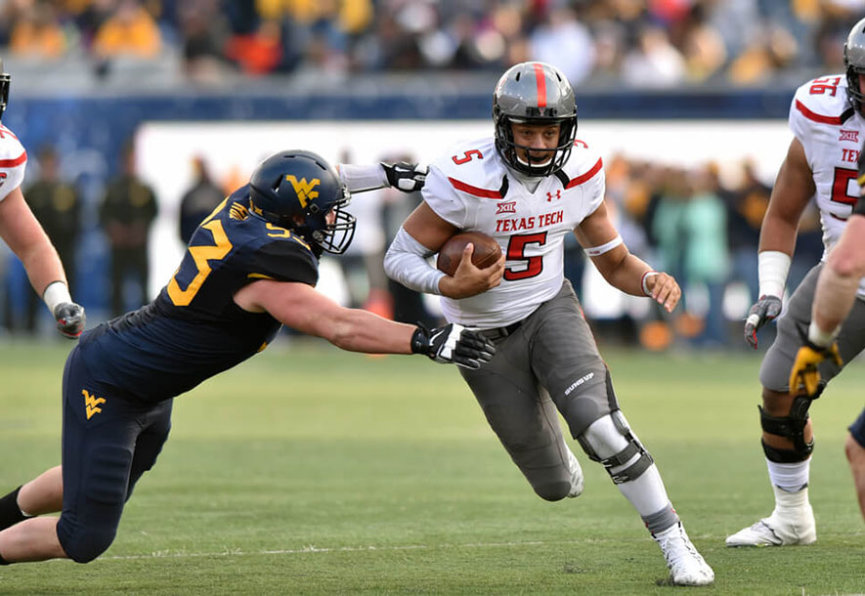 When Patrick Mahomes entered the NFL, he already had a reputation as an incredible passer from his college days. But what a player can do in college is not always what he can do in the NFL. In Mahomes’s case—it was. The second-year player and first-year starter set the NFL on fire with 50 touchdown passes.

But what is he going to do for an encore? Can he throw 50 again? Or will defenses figure him out and make life hard enough for someone else to lead the league in touchdowns this season?

As could be expected, last year’s leader has the shortest odds to lead the league this season. But there are several good passers in the NFL right now and some excellent passing offenses. According to 888sport.com, the odds on who will lead the league are as follows:

Mahomes set the bar pretty high last season; no one was even close. Andrew Luck had the second-highest number with 39. But can anyone overtake Mahomes this year? Let’s take a look at the rest of the league and figure it out.

The decision process will be easier if some of the candidates can be eliminated. For example, anyone that is probably going to share time or may not start the season is not going to lead the league in touchdowns. That means you can cross Daniel Jones, Josh Rosen, Ryan Fitzpatrick, Case Keenum, Dwayne Haskins, and Eli Manning off the list.

Since 2010, the average number of touchdowns by the league leader is 42. It has been 50+ twice, 40+ four times, and 30+ the other three times. So, it is safe to say that the quarterback will need to come from an offense that likes to pass more than run. 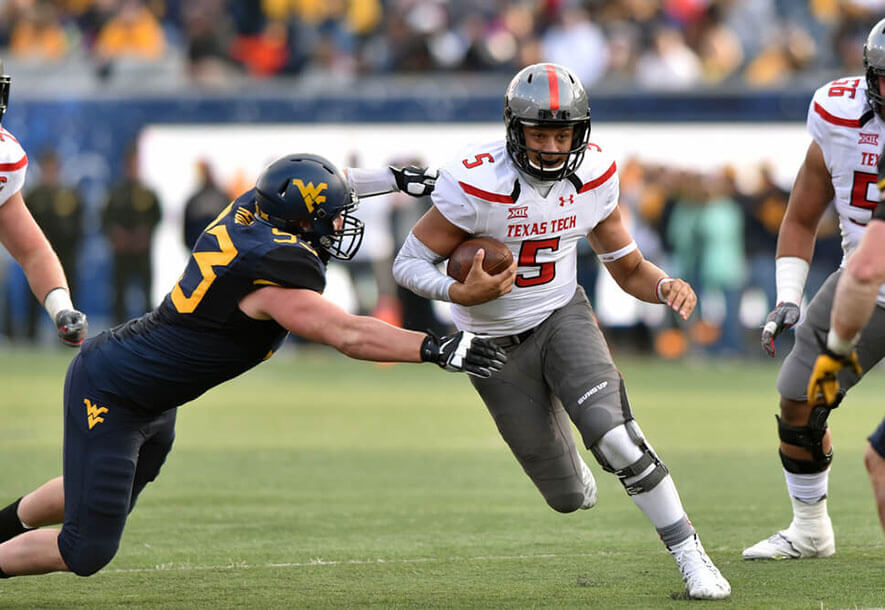 Seattle is the only team that ran the ball more than it passed last season, so we can rule Russell Wilson out (even though he threw 34 touchdown passes last season). It is probably safe to count out anyone whose offense isn’t geared towards the pass more than the run.

That Is Still Too Many…

Using 42 touchdowns as a baseline for the leader, it is probably safe to eliminate anyone who had fewer than 30 touchdown passes last season. Guys will improve from one season to the next, but it is unlikely that we will see someone throw 10+ additional touchdown passes this season relative to last.

That leaves us with Kirk Cousins, Ben Roethlisberger, Matt Ryan, Andrew Luck, and Mahomes. Carson Wentz was on pace for 32 had he finished the regular season, so he’ll be included.

Of those six, it is probably safe to eliminate Roethlisberger. With Antonio Brown gone and no clear-cut No. 2 receiver to pair with JuJu Smith-Schuster, the Steelers will likely run a little more often this season which will cut down on his touchdown total.

But what about the other five?

Cousins was in his first year with a new team last season, so it is not hard to imagine him making a jump from what he did last year (30). Luck is healthy, or at least will be when the season starts, but he wouldn’t need to make too much of a jump to surpass 42. Wentz has the best group of skill position guys of his career this season.

Mahomes will have an additional weapon to add to his arsenal this season in Mecole Hardman. As for Ryan, he jumped from 20 touchdowns in 2017 to 35 last season. With the upgrade at offensive coordinator, it is not hard to imagine him doing better this season.

It would be nice to say someone other than Mahomes will win it, but with the guys he has coming back, it is hard not to go with him. Yes, he will likely not do nearly as well as he did last year, but he has an 11-touchdown cushion on the rest of the competition.

Andrew Luck will make it interesting; Carson Wentz will, too. But Patrick Mahomes is your man at  +350.

However, if you are up for taking a risk, go with Jimmy Garoppolo. He is a virtual unknown since he has only played a handful of games. But with the talent he has shown and the arsenal of weapons at his disposal in Kyle Shanahan’s offense, he may give Mahomes a run for his money.