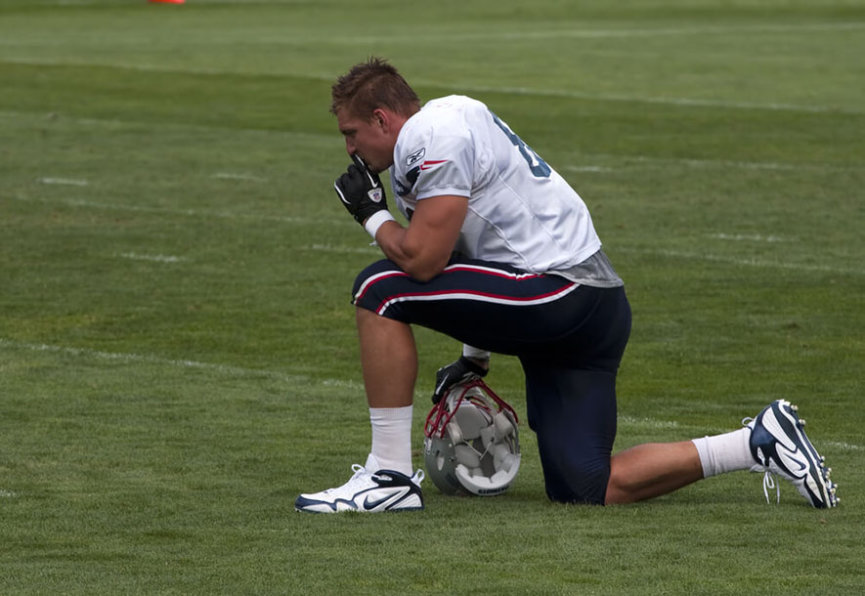 During his short time in the NFL, Kansas City Chiefs tight end Travis Kelce has proven himself to be an incredible player. With Rob Gronkowski retiring, a case could be made that he is now the best tight end in the NFL.  While that may (or may not) be true, he has yet to distinguish himself in a way that would require his inclusion in conversations about the best tight ends in NFL history.

But that could all change this season if oddsmakers are right. According to 888sport, he is one of four players favored to lead the NFL in receiving touchdowns next season.

Along with Kelce, Adams, Hopkins, and Smith-Schuster, several players could lead the league in receiving touchdowns next season. The odds on some of the other favorites are as follows:

A complete list can be found at 888sport, but the eventual leader will likely be one of those mentioned above.

Tight Ends Through The Years

What’s so special about Kelce leading the league in receiving touchdowns? Should it happen, he will become just the fifth tight end in the history of the game to do so. The others are Jimmy Graham (2013), Rob Gronkowski (2011), Vernon Davis (2009), and Sterling Sharpe (1994 and 1992).

While tight ends have become vital the success of the passing game for many teams, that has not always been the case. The position came to be as football began to transition away from having everyone go both ways. Guys who were too big to play wide receiver or too small to play on the line became tight ends. Tight ends were a hybrid-position meant to maximize a player’s skill while also taking advantage of size. 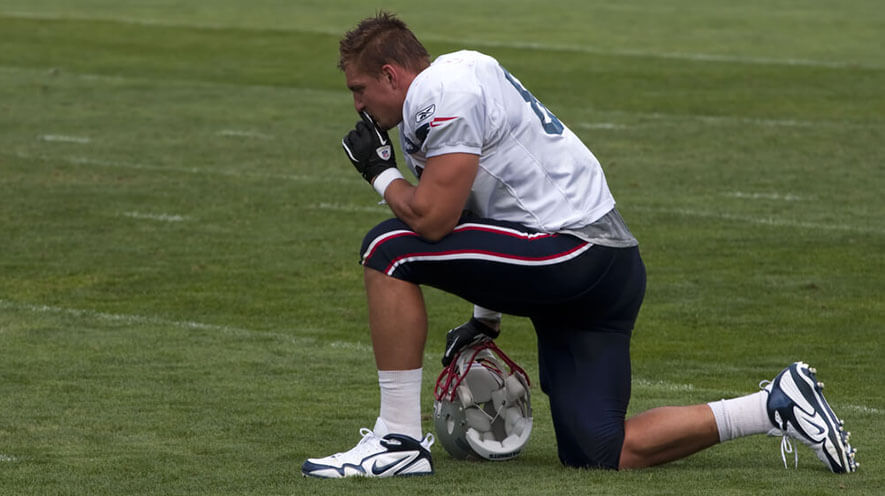 Rob Gronkowski has a break during a practice at the training camp in Foxborough MA on August 6, 2010. | AddyTsl / Shutterstock.com

Many teams have historically gone to one extreme or the other and used the position primarily as an additional blocker or another wide receiver.

However, since they are bigger and usually slower, even if they play a role in the passing game, it is not a major one. Occasionally, a player comes along with the size, talent, and athleticism to excel at all aspects of the position.

Can Kelce Do It?

At 6’5” and 26o lbs., Kelce has the size to do what traditional tight ends do, block and be an asset in the short yardage passing game. But with his athleticism and speed, he is also the rare kind of tight end that can challenge linebackers and even some defensive backs in the downfield passing game.

With his size, he is not easy to bring down. But with his speed, if you fail to do so, he can score on any given play.

But having the talent and ability to be a significant threat in the passing game is only part of the equation. It also matters who is throwing the ball. Every good receiver (be they a wide receiver, tight end, or running back) has had the benefit of working with an exceptional quarterback.

Kelce definitely has one of those in Patrick Mahomes.

The 2018-19 season, Kelce’s first with Mahomes under center, ended up being his best statistical season to date. He set new career highs in targets (150), receptions (103), yards (1336), and touchdowns (10). With a gunslinger like Mahomes at quarterback, the Chiefs will likely continue to focus on the passing game.

But while he set personnel bests, he didn’t lead the Chiefs in receiving touchdowns; Tyreek Hill did with 12.  His ten touchdown receptions were a great number, but it only qualified for sixth in the league last year.

Antonio Brown led the way with 15 followed by Eric Ebron and Davante Adams with 13 each.

There is an excellent chance that Kelce is going to have another good year. Mahomes’ production could slip a little this season; it is not unusual for that to happen to guys in their second season as the starter. But even if he does, the future looks bright for Kelce.

If Mahomes does have more trouble this season, he will likely look to his veteran tight end to bail him out. That means more targets for Kelce and more possible opportunities to score.

However, he is going to be facing some stiff competition. Any of the guys in the top ten could have the kind of year that would see them catch 15-17 touchdown passes. For Kelce, that would almost mean doubling his previous career high. With rookie Mecole Hardman expected to play a role this season, that could be hard.

Don’t count on it to happen. You are much better off putting money down on one of the other favorites, DeAndre Hopkins or JuJu Smith-Schuster instead.