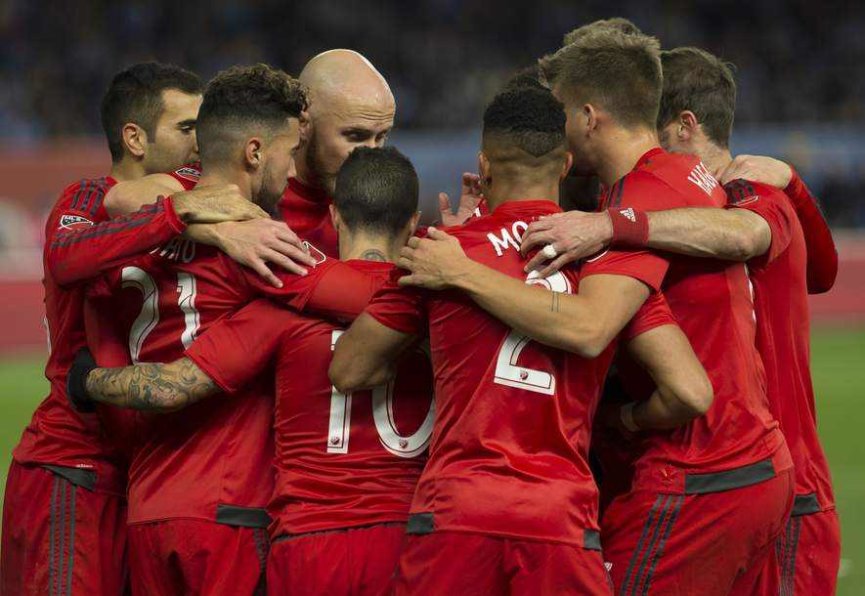 As two new signings look set to make their debuts for Toronto FC, we take a look at team’s inability to properly replace mercurial forward Sebastian Giovinco, who left Toronto FC in January to join Al-Hilal in Saudi Arabia.

The Italian had spent four fantastic seasons in Ontario, scoring 68 goals in 114 matches for the Reds, and was a true leader on the pitch. And his absence was immediately noticed, especially in the two legs of the CONCACAF Champions League.

Toronto FC was one of the favourites to lift the trophy this year, after losing the last year’s finals against Guadalajara on penalties. But the team’s hopes and ambitions were crushed in the first round of the competition and the shocking elimination at the hands of the Panamanian side Independiente.

Since the MLS kicked off, Toronto FC has been lacking consistency, and if their form doesn’t improve, they could miss the playoffs for the second season in a row.

Adding Depth to the Squad

Alejandro Pozuelo is the team’s top goalscorer at the moment with 7 goals, but that doesn’t seem to be enough for Toronto FC to produce the results their fans expect. Terence Boyd, who arrived in Toronto from Germany, has yet to hit the net this year, and it was more than clear the Reds would need a forward that could improve the team’s goalscoring record this season.

Scoring more goals could have no impact if the team’s defence doesn’t do a good job. Reinforcing the defensive line was also a priority, and it looks like Toronto FC executives have given their best to find the best possible solution to these problems.

The Speedster from Venezuela

The first new signing after the opening of the MLS secondary transfer window is the Venezuelan winger Erickson Gallardo.

Former Zamora player, who made his professional debut for the Venezuela national football team in a 1-1 friendly tie against Ecuador a little over a month ago, has the potential to become a valuable addition to the squad.

Coach Vanney said Gallardo was the winger he had been waiting for months. And it’s clear to see why. The 22-year-old winger can operate on either flank and is very quick and aggressive in the attack.

Gallardo is definitely being counted on to help Toronto FC offence create more chances and score more goals. As we’ve pointed out, the departure of Sebastian Giovinco has had a significant impact on the team’s results, and the new signings will need to start contributing as soon as possible.

Vanney emphasized that the forwards behind Altidore would have to step up and show that they are capable of carrying the load and chiping in with some important goals.

The coach explained the team needed to find who else apart from Altidore in that position could also score goals.

Bolstering the Back Line

The major defensive addition for Toronto FC is the arrival of Omar Gonzales, the U.S. international whose move from Pachuca was announced back in June.

Coach Vanney praised Gonzales for solid decision-making and added he hoped the new signing would improve the team’s problematic backline.

The team and the fans expect the new signings will have an immediate impact on Toronto FC form.

Since May 4, Toronto has won only one match, beating Atlanta United 3-2 at BMO Field. They also recorded 4 draws and 6 losses.

At the moment, Toronto FC are the seventh-placed team in the East, and if this streak of poor results continues, they could easily lose their spot in the playoffs.

Important Game Against Montreal on Saturday

Both Gallardo and Gonzales should make their debut appearance for Toronto FC on Saturday night when the Reds travel to Quebec to face Montreal Impact.

However, the bookmakers are not convinced the two new arrivals will be able to turn thing around immediately.