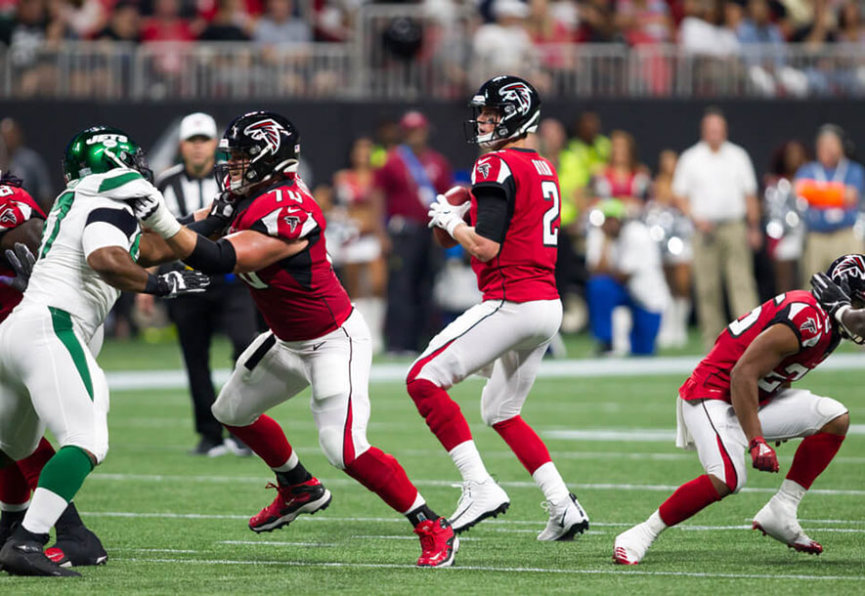 There were a plenty of entertaining games in Week 3 of the new NFL season. Several Canadian players had a reason for celebration, whilst Antony Auclair’s Tampa Bay Buccaneers were more than unfortunate not to beat New York Giants at their Raymond James Stadium. Christian Covington started for Dallas Cowboys in a thrilling 31-6 win over Miami Dolphins and the 25-year-old defensive tackle and his teammates will be looking to build on the triumph when they take on New Orleans Saints on Sunday.

Who is set to impress in NFL Week 4?

Better luck in next NFL match

After recording a 20-14 win at Carolina Panthers in Week 2, Tampa Bay Buccaneers were determined to give fans yet another reason for celebration at the weekend. The Buccaneers were on the right track to beat New York Giants at their Raymond James Stadium, but Matt Gay missed a field goal in the dying seconds of the match.

Canadian player Antony Auclair and his teammates are eager to make amends for the defeat, but they are seen as underdogs in Sunday’s clash against Los Angeles Rams at Los Angeles Memorial Coliseum. In each of previous five meetings between the two teams in the NFL Los Angeles Rams emerged triumphant and it is no wonder Bruce Arians’ troops are +350 at bet365 to win the match.

Miami Dolphins will be looking to keep their 100% record in the 2019/2020 NFL season intact when they take on New Orleans Saints in Week 4. Jason Garrett’s charges face a difficult task in the match against New Orleans Saints and it has to be noted that Canadian defensive tackle Christian Covington and Co. are eyeing first win at Mercedes-Benz Superdome since 2009.

However, seeing that Dallas Cowboys are brimming with confidence ahead of the trip to New Orleans, we believe that there is a big value in betting on the visitors. Jason Garrett’s men are -141 at William Hill to extend their winning run in NFL. In their last meeting in NFL Dallas Cowboys recorded a hard-fought 13-10 win over New Orleans Saints, but you should know that the match was played at AT&T Stadium.

Several starters will be out of contention in NFL Week 4. Carolina Panthers quarter-back Cam Newton is sidelined with a foot injury, whereas New York Giants will be without running-back Saquon Barkley when they face Washington Redskins on Sunday.

New England Patriots WR remains on the sidelines with a chest injury, with T.Y. Hilton missing the Buffalo Bills game with quad injury as well.

New England Patriots made a flying start to the season. Tom Brady and Co. are determined to defend their trophy and they will be looking to build on a 30-14 win over New York Jets when they face Buffalo Bills at New Era Field.

Bill Belichick’s men head into Sunday’s encounter in good spirits and despite the fact that Buffalo Bills are undefeated in the new NFL season, away win should be considered. NE Patriots are +100 to cover the spread (-7).

Kansas City Chiefs have been in a splendid form at the start of the season as well, with the team beating the likes of Jacksonville Jaguars, Oakland Raiders and Baltimore Ravens without any difficulties. Andy Reid’ team aim to keep their 100% record intact and we are positive that they will go all guns blazing at Detroit Lions this weekend.

KC Chiefs crushed Detroit 45-10 in their last meeting in NFL and we predict that the history is going to repeat itself. The visitors are -111 at bodog to overcome the pre-match deficit (-6.5).