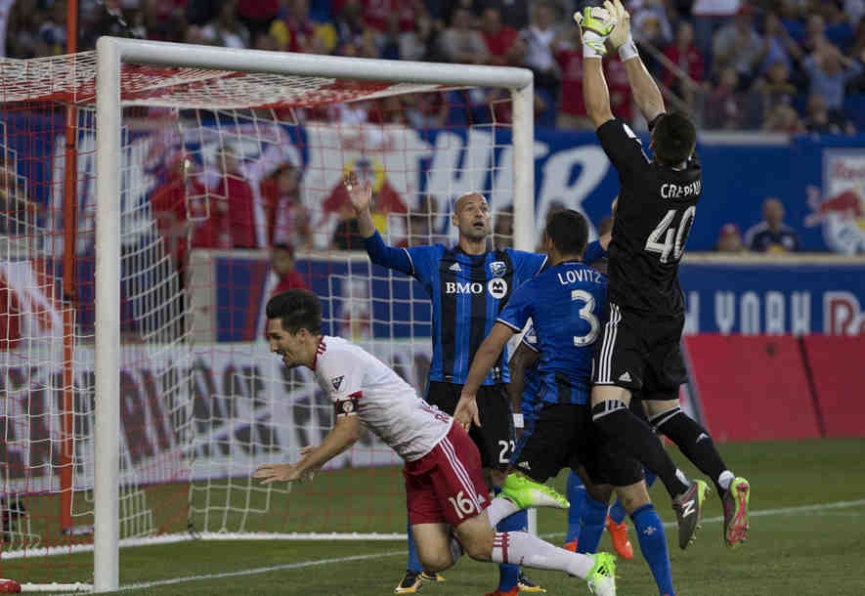 The 2019 US Major League Soccer season is nearing its peak. There are a few playoff spots left and all teams are still looking for the best possible position before the playoff starts. What about the Canadian franchises in the league?

Currently, there are three teams from Canada competing in the MLS – Toronto FC, Vancouver Whitecaps and Montreal Impact. The league also includes 21 Canadian players who appeared for the national side. Since 2017, all Canadian-born athletes count as domestic players both in Canadian and US-based squads.

Nevertheless, there are a few proud Canadians that have emerged as some of the best in the league. Let’s count the top 5 soccer players from Canada currently appearing in the MLS.

Crepeau may not be Canada’s number 1 now, but is certainly the best Canadian goalkeeper in the league. Maxime started his career at Montreal Impact’s youth level. After getting in the senior squad, he only played 3 official games. During the time with the Impact team, Crepeau was shipped on two loans – One with FC Montreal and the other at Ottawa Fury. In 2018, Maxime Crepeau was traded to the Vancouver Whitecaps where he remains today.

Maxime Crepeau started the 2019 season as a backup goalkeeper for the Whitecaps. As the year went, Maxime started playing better and showed that the starting goalkeeper position rightfully belongs to him. Crepeau became one of the fan’s favorites after a tremendous display against Atlanta United. All Maxime needed was a chance to prove himself and when presented he grabbed it and held on to it tightly.

Jonathan Osorio is one of the best players appearing for the Canada Men’s National Team. Osorio has already made 27 appearances and scored 3 goals for the national side. The Toronto native started his career with the local SC Toronto and immediately gained attention of many scouts. He became the CSL Rookie of the Year after bagging 11 goals in 17 games. In 2013, Jonathan started playing for Toronto FC and has been their most prolific player ever since.

Osorio has the capability to play multiple positions, which he displayed for the national side on the Gold Cup. He actually feels most comfortable playing among the middle three in the very center of the pitch. Jonathan has shown many times this season that his awareness brings tactical balance to the team. Currently, the stats are 3 goals and 3 assists, but there is much more his presence brings to the table that the stats don’t show. Without him, Toronto FC will probably not be battling for a playoff spot in the Eastern Conference. 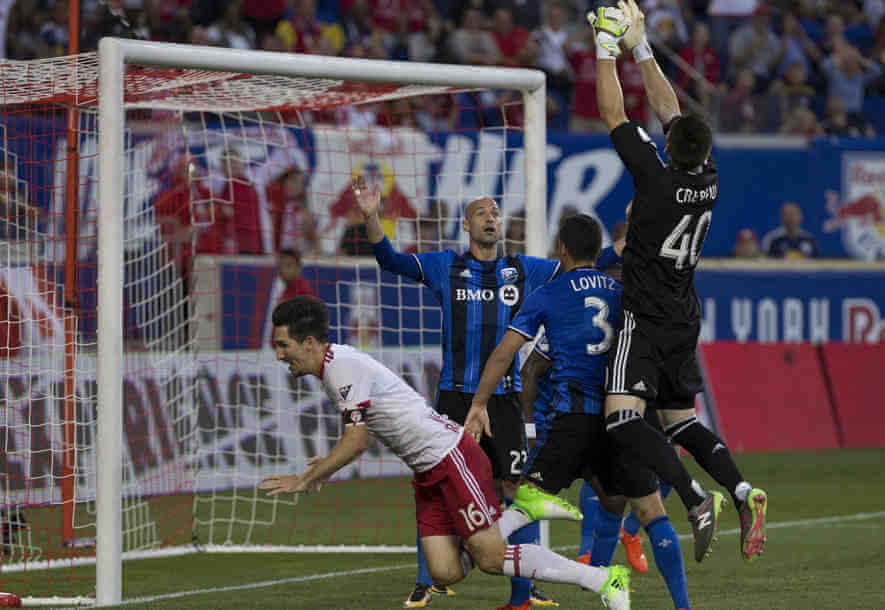 Piette is still only 24 years old but has already made 44 appearances for the Canadian National team. The Quebecer started his career abroad, appearing at youth levels with Metz and Fortuna Dusseldorf. Samuel even got a chance to play for Deportivo B and Izarra in Spain. In 2017, Piette returned home and signed for Montreal Impact where he is still playing. At the first game for the club, Piette received stellar reviews and was immediately named in the MLS Team of the Week.

In a season where Montreal is battling consistency, Piette has been the only bright spot for the team. Samuel has always given a maximum effort and showed that Remi Garde can rely on him at all times. He is among the top players in MLS when it comes to interceptions. It is very hard to find a player of a similar profile and his heart and determination make him very important for the team.

Doneil Henry was born in Brampton, Ontario and has been a Canadian national player since 2012. Henry started his professional career with Toronto FC but decided to depart for Europe in 2014. Unfortunately, he didn’t have so much luck playing abroad and only appeared in a few official games during the time spent there. Doneil first signed for Apollon Limassol and later also appeared for West Ham, Blackburn, and AC Horsens. Finally, a return home was imminent in 2018.

So far, Doneil has been one of the best players for an otherwise forgetful season for the Whitecaps. Henry has established himself as an irreplaceable player in the Vancouver defense and has created a magnificent partnership with Erik Godoy. Because of his size, Henry’s greatest strength is winning aerial duals and not a lot of attackers can match him. Henry has had a lot of bad luck as he often had to battle injuries. Being finally healthy, his stock is rising.

Mark-Anthony Kaye was born in Toronto and used to play for the Toronto FC youth team. Kaye had a stint with Louisville City after which he finally joined Los Angeles FC in 2018. Unfortunately for Kaye, the 2018 year ended early for him after breaking his foot against LA Galaxy. After getting healthy from this horrific, season-ending injury, Mark-Anthony started the 2019 MLS season in spectacular fashion.

Mark-Anthony Kaye is one of the most valuable members of one of the best teams in the US. Kaye may not have the star potential as his teammates Carlos Vela and Diego Rossi, but he nevertheless plays an important role for Bob Bradley’s side. Kaye’s successful partnership with Eduard Atuesta in the midfield has proven to be the key component for the success of the club.

Major League Soccer is slowly coming to the end of the regular part of the season. With most teams trying to lock a playoff berth, some of them have their minds fixed on the top prize – the 2019 MLS trophy.

B-Bets ranks the current leader of the Western Conference as an early favorite, priced at 2.50 to win the title. Atlanta United promptly follows them at 9.30. However, a more lucrative bet would be choosing the Philadelphia Union, which are the surprise leader on the East. Union can be backed at 12.00.