The night before the Super Bowl, hundreds of NFL players and coaches will get dressed in their Sunday-finest for the 8th Annual NFL Honors at the Fox Theatre in Atlanta, GA. It’s a chance for the players, coaches, media, and fans to recognize those who were exceptional during the regular season.

Among the many awards that will be announced Saturday night is the league MVP. Technically, every player that steps on the field is eligible to win it. But it just about always goes to a quarterback. In fact, since 1957 it has been awarded to 42 quarterbacks and only 18 other players. 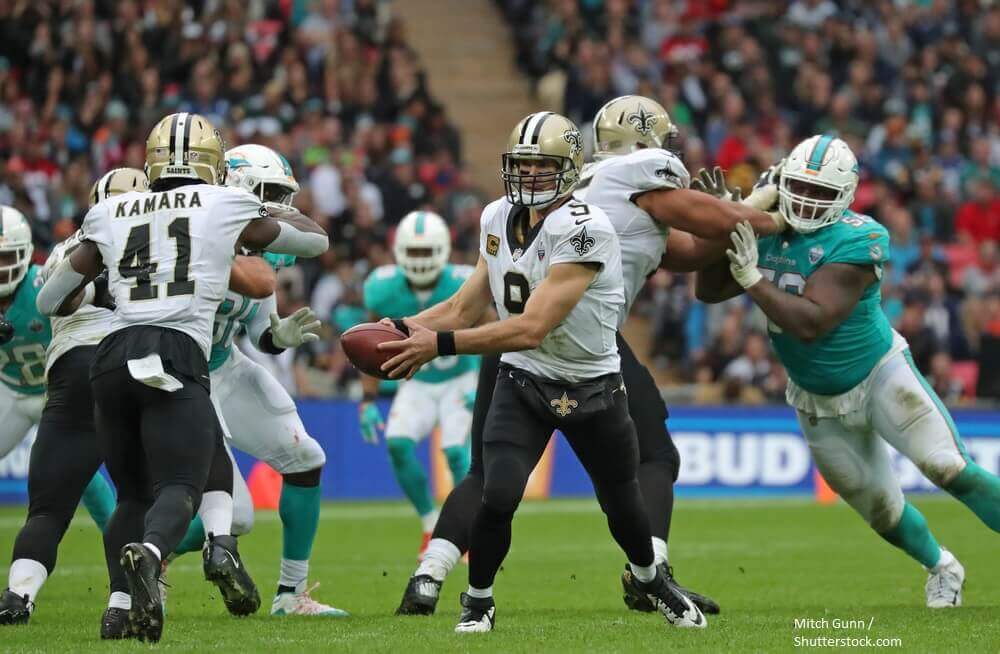 This year, the top five candidates are quarterbacks, so unless there is a monumental shift in thought, it looks like another QB is going to win.

These are the odds for the top five candidates according to Bodog:

All five players had great seasons, but three can be eliminated from contention pretty easily. Yes, Russell Wilson was tremendous this season, but Seattle’s success can be attributed as much if not more to the running game than him. Andrew Luck was great and will likely win Comeback Player of the Year. But had the Colts not struggled so badly for the first six weeks, his odds may have been better.

Philip Rivers did have another great season. But from a statistical matchup, he doesn’t compare to the other two, Patrick Mahomes and Drew Brees.

The Case for Patrick Mahomes

It is definitely not hard to see why Patrick Mahomes is one of the leading candidates for MVP. The second-year pro and first-year starter were impressive, to say the least throwing for 5,097 yards (one of two players to do so this season) and 50 touchdowns with only 12 interceptions.

The Chiefs were 12-4 under his guidance, led the NFL in scoring and would be in the Super Bowl if the team could play just a little defence. Without him, the Chiefs may have been a wild card team still, but they definitely wouldn’t have won the division.

He’s exciting, athletic, talented, and a great leader. There is a long list of reasons to give him the award. But are there as many not to give it to him?

Throwing for 5000+ yards is impressive and not often done. Drew Brees was the last to do so in 2016, and he didn’t win MVP that year (Matt Ryan did).

But the duo was also ranked ninth and tenth in yards after catch this season (Hill—573; Kelce—569). So, while they had over 2800 in receiving yards, they accounted for over 40 percent of those yards on their own.

The Case for Drew Brees

Brees almost gets overlooked when it comes to the awards because he has been so good for so long. But nowadays, with the run game working so well in New Orleans now, he isn’t asked to win the game as much as he used to. But just because he doesn’t have flashy stat lines anymore doesn’t mean he is playing at a lower level.

On the contrary, you could say instead that his game has become more precise; more surgical.

He through close to 100 fewer passes than Mahomes but recorded just 19 fewer receptions than him (364 to 383). Brees was sixth in the NFL in touchdowns with 32 but only had five interceptions giving him one of the best touchdown-to-interception rates in the league.

Brees was the most accurate quarterback in the league by far (74.4 percent). He didn’t do as much as Mahomes, but you could say that he did it better than him.

Drew Brees should absolutely win MVP this season. His stats are not as inflated as Mahomes, but he played a better game than the Chiefs quarterback did this season. Is the award supposed to go for quantity or quality?

Brees had a higher quality season—but Mahomes is going to win the award, and the voters will placate Brees by naming him Offensive Player of the Year.