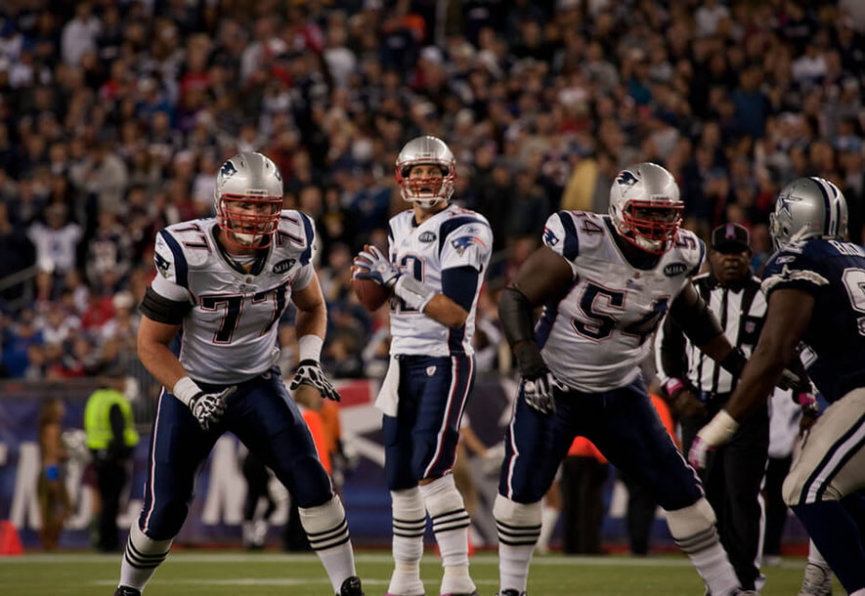 New England Patriots have been impressive at the start of the new NFL season. The title holders rolled over Miami Dolphins 43-0 at the weekend and Tom Brady and Co. will be looking to keep their 100% record intact when they host New York Jets at their Gillette Stadium. Fellow American Football Conference teams Baltimore Ravens, Kansas City Chiefs and Buffalo Bills have been in a fine form at the start of the season as well, whereas San Francisco 49ers, Dallas Cowboys, Los Angeles Rams, Green Bay Packers and Seattle Seahawks are undefeated in the National Football Conference.

Will the New England Patriots keep their 100% record intact?

Patriots one of best NFL betting tips this season

New England Patriots kicked off the 2019/2020 NFL season with a routine 33-3 win over Pittsburg Steelers and, to make things even better for the fans, the reigning champions crushed Miami Dolphins 43-0 in Week 2. Experienced quarterback Tom Brady produced a fine performance in the triumph over Brian Flores’ team, completing 20 passes for 264 yards and 2 touchdowns. All eyes will be on the 42-year-old when New England Patriots face New York Jets on Sunday.

The title holders are eyeing top position in the American Football Conference and Bill Belichick’s men are likely to stick to their attacking style of play in upcoming matches. New York Jets failed to impress in a 23-3 loss to Cleveland Browns and it is no surprise they are seen as big underdogs in Sunday’s clash against the Patriots. You should know that the visitors are 19/1 at bet365 to spoil New England’s party at Gillette Stadium.

Cardinals and Panthers eager to get back on course

Arizona Cardinals take on Carolina Panthers at their State Farm Stadium in what is expected to be one of the most exciting game of Sunday’s program. Kliff Kingsbury’s charges shared the spoils with Detroit Lions in their opener (27-27), but Baltimore Ravens proved to be a big catch for the Cardinals. Arizona are determined to record their first win of the season, but the game against Carolina Panthers will be anything but a walk in the park for the hosts.

Ron Rivera’s team head into the match following back-to-back defeats to the likes of Los Angeles Rams and Tampa Bay Buccaneers and they are likely to fight tooth and nail against Arizona Cardinals. Quarterback Cam Newtown has yet to find his best form and he will have to improve his game if the Panthers are to start climbing the standings. A close encounter is on the cards at State Farm Stadium this weekend and seeing that both teams struggle in the red zone, we believe that there is a big value in betting on under 45.5 points, which is priced 9/10 at William Hill.

Kansas City Chiefs made a promising start to the season as well, with the team beating the likes of Oakland Raiders (28-10) and Jacksonville Jaguars (40-26). Coach Andy Reid has a number of top-class players to choose from and it is no surprise the Chiefs are seen as No. 2 favourites to win the Super Bowl.

Sammy Watkins produced probably his best performance of his career in the triumph over Oakland Raiders and the pacey wide receiver is likely to prove a handful for Baltimore Ravens on Sunday. The Ravens aim to build on back-to-back victories over Miami Dolphins and Arizona Cardinals, but Kansas City Chiefs are likely to pose a much bigger threat for John Harbaugh’s troops. You should bear in mind that the Chiefs are just 1/3 to win the Arrowhead Stadium showdown.

Severely-weakened squad ahead of the trip to San Francisco

Pittsburg Steelers just can’t find their form at the start of the season. Following a 33-3 loss to New England Patriots, they were beaten by Seattle Seahawks 26-28 at home in Week 2. To make things even worse for the fans, experienced quarterback Ben Roethlisberger picked up a right elbow injury in the defeat to the Seahawks.

Seeing that running back James Conner has joined Vince Williams (hamstring), Sean Davis (shoulder) and Linebacker Anthony Chickillo (plantar fasciitis) in the recovery room, the Steelers are unlikely to spoil San Francisco 49ers’ party at Levi’s Stadium this weekend. San Francisco are after their third consecutive win at the start of the 2019/2020 NFL season and they are just 4/11 at 888sport to win Sunday’s game.

Following a hard-fought 21-20 win over Cincinnati Bengals in their opener, Seattle Seahawks proved their worth in a 28-26 win at Pittsburg Steelers as well. Will Dissly was Russel Wilson’s go-to man in the red zone in the triumph over Ben Roethlisberger and Co. and, no doubt, he will be one of the players to keep an eye on in Pete Carroll’s team when Seattle Seahawks welcome New Orleans Saints at CenturyLink Field on Sunday.

The visitors head into the clash without first-choice quarterback Drew Brees, who suffered a right hand injury in a 27-9 defeat to Los Angeles Rams and the 40-year-old will be sorely missed against the Seahawks. Seattle are just 1/2 to beat New Orleans in Week 3. In previous three meetings between the two clubs at CenturyLink Field the hosts emerged triumphant.

Check out other NFL Match Winner odds below.