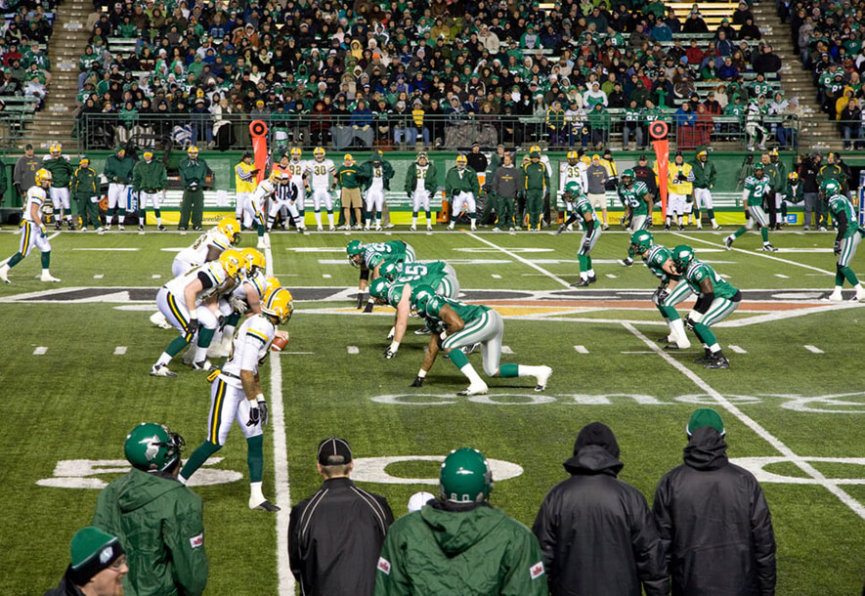 The 2019 Canadian Football League season is only five weeks old. Only one team has played five games, one remains undefeated, and there is one who has yet to win a game. Some teams are playing well, some that are not, some that have already been hit hard with injuries, and some that are already struggling.

An argument could be made that it is way too early to draw any conclusions about the state of the league. But on the other hand, it appears safe to say one thing—the Grey Cup winner is going to come from the Western Division.

A Western Division bias was evident in the preseason odds to win it all with last year’s champion, the Calgary Stampeders, leading the way at +300, followed by the B.C. Lions (+325), and Winnipeg Blue Bombers (+600).

An Eastern Division team, the Hamilton Tigercats, had the fourth-best odds at +700 followed by the Ottawa Redblacks and Saskatchewan Roughriders (+800), and the Edmonton Eskimos at +1000. The Toronto Argonauts had the second-longest odds at +1200.

Montreal brought up the rear at +1400 (odds via BetOnline.ag.)

As the home of the defending champions, the outlook was promising for the division heading into the season.  The Stampeders lost a few guys on the defensive side of the ball. But with Bo Levi Mitchell still running the offence, no one was worried.

The Lions were expected to take a giant leap forward after acquiring Mike Reilly in the offseason—which meant fans were a little concerned how the Eskimos would do without him. But picking up Trevor Harris was considered a good move by Edmonton.

Winnipeg and Saskatchewan were good teams in 2018, and with their offences largely intact, were expected to be good teams again.

There wasn’t nearly as much hope for the East as the West. The Hamilton Tigercats were under new leadership, but with Jeremiah Masoli back at pivot, the outlook was still good. However, while there was some hope that the Redblacks could be in for a good year behind new pivot, Dominique Davis, there wasn’t much hope for the rest of the division.

Toronto and Montreal struggled to win games last season. With the minimal changes they made to their rosters, there wasn’t any reason to believe in them this season.

The outlook looks much like the preseason odds with the Western Division-leading the way and the East trailing—but the preseason favorites are not leading the charge. Calgary has struggled to be consistent on offence and is missing the guys it lost in the offseason on defence. Mike Reilly and the Lions have struggled to get on the same page, making it hard to put up points.

But Matt Nichols is having a great year for the Blue Bombers as is Trevor Harris for the Eskimos. Saskatchewan has had injury issues at pivot but has still managed to remain competitive. However, the East has been about what it was expected to be.

Hamilton is an offensive juggernaut, and Ottawa has played well but is struggling with consistency on offence. As for Montreal and Toronto—let’s just say there is a lot of room for improvement.

According to SportsInteraction.com, the latest odds to win the Grey Cup this season are as follows:

While it is still very early in the season and a lot of things could change, it is probably safe to rule out the Argonauts from any Grey Cup conversations. In fact, the only Eastern Division team that may put up a fight is Hamilton. But much like last year, the offence has some consistency issues that could hold it back.

So, to answer the original question, the Grey Cup winner likely will come from the West this year. But who?

Even though Calgary still has favorable odds, it will come down to either Winnipeg or Edmonton. As good as Winnipeg has played this year and despite their win in Week Three over Edmonton, take the Eskimos to win it all this year (+500).

With the way Trevor Harris is playing, the Eskimos are netting 451.3 yards a game (No. 1 in the league). Their defence is giving up just 222 net yards (also No. 1). They are more likely to keep the good times rolling than a Winnipeg defence giving up 322.8 yards a game through the air.

Take Edmonton to win the Grey Cup now at +500 (at SportsInteraction.com)—before they win a few more games, and the odds get shorter.