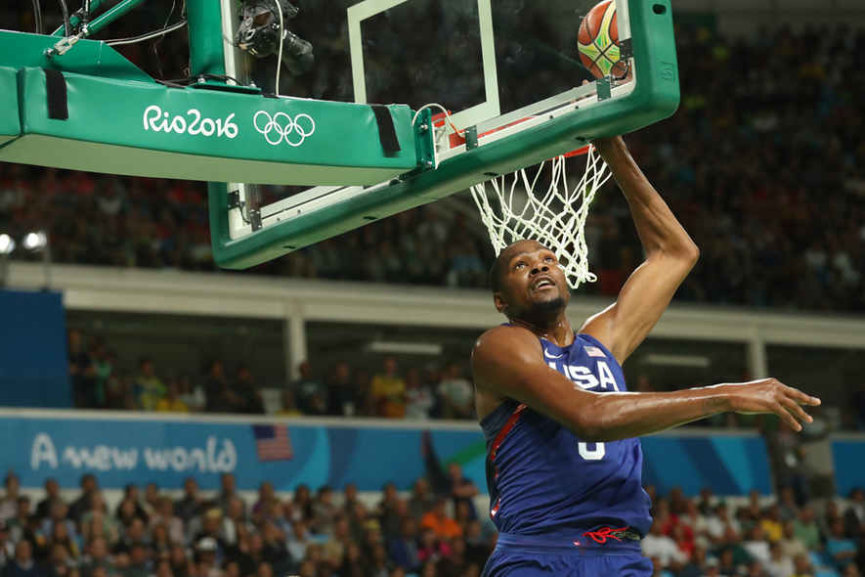 Brooklyn Nets ended the regular season in 2019 in sixth place and were easily eliminated in the first playoff round by Philadelphia 76ers in five games.

Neither the fans nor the club officials were satisfied with their team’s performance. That’s why the latter have already started thinking about new additions to the team. According to the latest news, the Nets should be a formidable force in the upcoming season, as three all-stars players are set to arrive in Brooklyn.

The Nets fans have plenty of reasons to be cheerful, as they’ll be able to watch Kevin Durant, Kyrie Irving, and DeAndre Jordan at Barclays Centre next season.

Durant Moves to the East

After spending three seasons at Golden State Warriors, with whom he won two NBA championships, 2017 and 2018 NBA Finals, MVP made a decision to move to Brooklyn Nets. He announced his decision on Instagram.

However, he was injured throughout the better part of the post-season this year, and couldn’t really help his team in the NBA Finals, where the Warriors lost to Toronto Raptors in six games. Many fear his ruptured Achilles tendon could keep him sidelined for much of the next season, but whatever happens and no matter how many games he misses, he’ll return to action wearing the Nets’ black jersey.

According to (the) available information, Durant agreed to a four-year deal with the Nets, worth $164 million, which is significantly less than the Warriors offered him. If the 30-year-old small forward had stayed in California, he could have gotten a five-year deal worth $21 million (per year?, recenica nema smisla).

With 10 All-Star games on his count, Durant has just finished his 12th NBA season and was the leading playoff scorer at 34.1 points per game when he injured his right calf in Game 5 of the Western Conference semis. He scored 30 points or more in seven games during the post-season, and who knows what would have happened in the series against the Raptors if Durant had stayed fit. 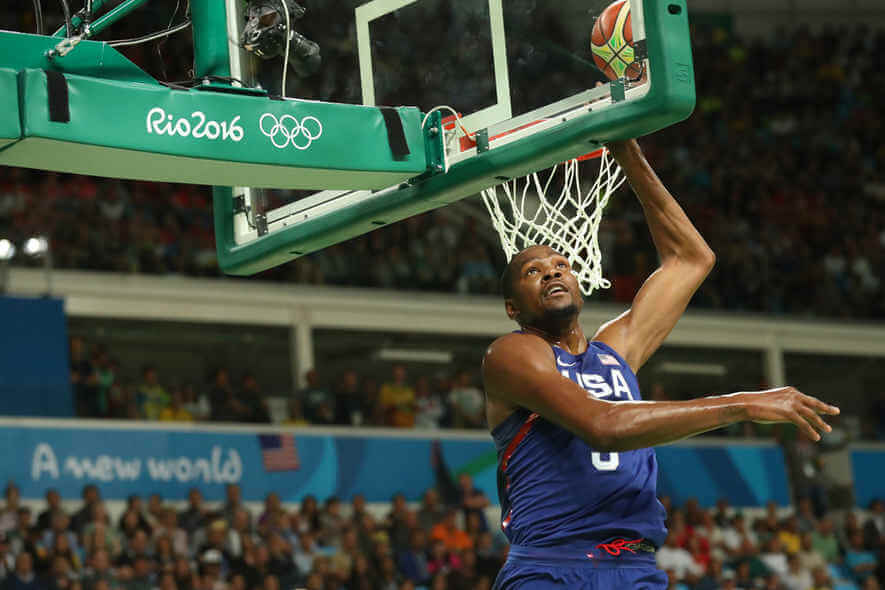 A Fantastic Move for the Nets

The Brooklyn Nets ended the season with a score of 42-40, before being eliminated in the first round of the playoffs. The capture of Durant is definitely the team’s biggest result this year, as the many others wanted to do so as well.

Apart from the Warriors, New York Knicks and Los Angeles Clippers also wanted to add the 2014 NBA Most Valuable Player to their squad.

Nets made the finals back in 2002, which may be hard to believe today. But led by Durant, the team could be the biggest surprise of the next season.

His Injury Could Be a Problem

It might be impossible for Durant to be the same player he was before he ruptured his Achilles tendon, but it could still be enough to make a significant impact.

There is no way to predict which version of Kevin Durant the Nets will get, whenever Brooklyn’s newest star returns to action, but there is plenty of reason to be optimistic, as Durant is definitely one of the most talented players to have ever played the game, and could lead the Nets to greatness.

Durant will be joined by the former NBA Rookie of the Year and a six-time NBA All-Star, Kyrie Irving. The 2014 All-Star Game MVP spent two seasons in Boston, leading the Celtics to the Conference Semifinals. Irving averaged 23.8 points per game during the regular season and 21.3 points per game in the post-season.

The third big name to have arrived in Brooklyn is DeAndre Jordan. The 30-year-old centre spent 10 years with the Los Angeles Clippers, before changing two teams during the last season. After spending much of the regular season with the Mavericks, he joined the Knicks, after being traded.

The three of them played together at the 2016 Olympic Games in Rio.

When it comes to the latest odds to win the 2020 NBA Championship, the latest moves were more than enough to shake things up in a major way.

After it was announced that Durant, Irving and Jordan were heading to Brooklyn next season, the team’s odds to win next year’s NBA Finals at BetOnline have now been slashed from 26/1 to 16/1 in a matter of minutes.

Head over to BetOnline and be sure to check out their selection of fantastic odds.