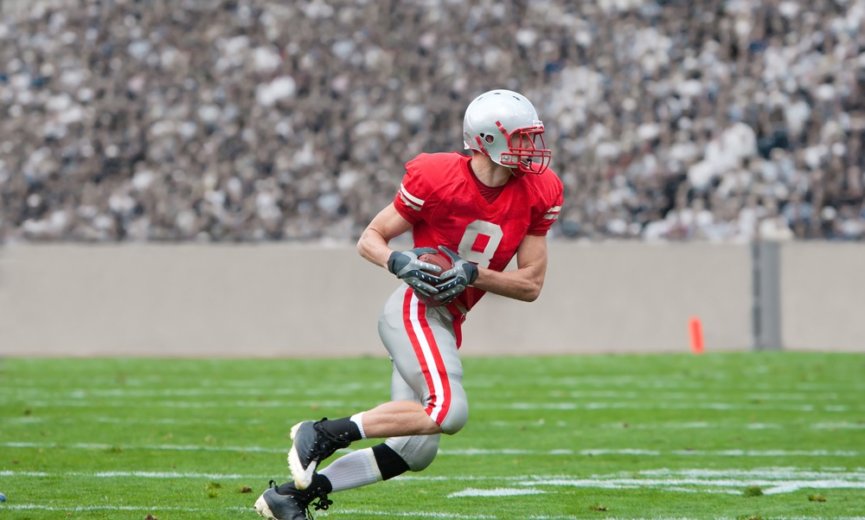 The Offensive Rookie of the Year does not just recognize which rookie had the best season. That is a large part of it, of course. But it is more than that. The award tells a team that they drafted well, and it gives fans a reason to believe that the future is going to be brighter for their team.

This season, there were quite a few excellent performances by rookies on the offensive side of the ball. Many have shown promise, and their fans will be eager to see how they develop in the years to come.

But there can be only one that can win Rookie of the Year honors. While many played well, two stood out above the rest—Cleveland Browns quarterback Baker Mayfield and New York Giants running back Saquon Barkley.

When the season started, Barkley was widely considered the heavy favorite to win the award. He was going to get the opportunity to generate the stats it would take, and that couldn’t really be said about anyone else.

On September 5 (according to Bovada) the odds on some of the early favorites were as follows:

A lack of early playing time knocked many guys out of contention. But as the regular season came to a close, it was clear that two players warranted consideration:

Many may argue that Lamar Jackson at least deserves to be in the conversation. But he only started seven games.

The odds for Mayfield and Barkley have fluctuated throughout the season; nothing too crazy or drastic, but both have been considered the favorite to win at different times during the season. Mayfield overtook Barkley heading into the final week of the regular season. But then a week later, during Wild Card Weekend, they flipped again.

History certainly favors Barkley. A running back has won three of the last five with Dak Prescott being the lone quarterback in that time frame. Heading into the season, hopes were high among the five quarterbacks drafted in the first round—but they shouldn’t have been.

The last time five quarterbacks were drafted in the first was 1999. The offensive rookie of the Year that season was Indianapolis Colts running back Edgerrin James. However, not all history favors Barkley. A running back had not been taken in the top two, like Barkley, since 2006.

The winner that year was Tennessee Titans quarterback Vince Young.

But as any fan, player, coach, and gambler knows, history means little. It is the product on the field that matters. In this case, both players did an exceptional job on the field.

As expected, Barkley was the main thrust behind the Giants offense. He gained 1,307 yards on 261 carries for a respectable 5.0 yards a carry. He also hauled in 91 receptions for 721 yards and had 15 total touchdowns (11 rushing and four receiving).

He was just the third rookie to account for 2000+ yards from scrimmage, and first to do so for a team with a losing record.

But Mayfield has not done too bad for himself either. He didn’t start until Week Four, but he did relieve an injured Tyrod Taylor in the first half against the Jets in Week Three and led the Browns to their first win since the 2016 season.

Statistically speaking, he doesn’t stand out as much as Barley does. He completed 63.8 percent of his passes for 3,725 yards with 27 touchdowns and 14 interceptions. But what drives his candidacy is what his play meant to his team.

With Mayfield at the helm, the Browns went from being the league laughingstock who won just one game the previous two seasons to a respectable 7-8-1team that no one will take lightly next season.

Unlike other awards, voters do not mandate that candidates (and winners) come from teams with winning records. While it doesn’t hurt, they do tend to lean towards players whose contributions meant more to the success of the team.

With that in mind, take Mayfield to win.