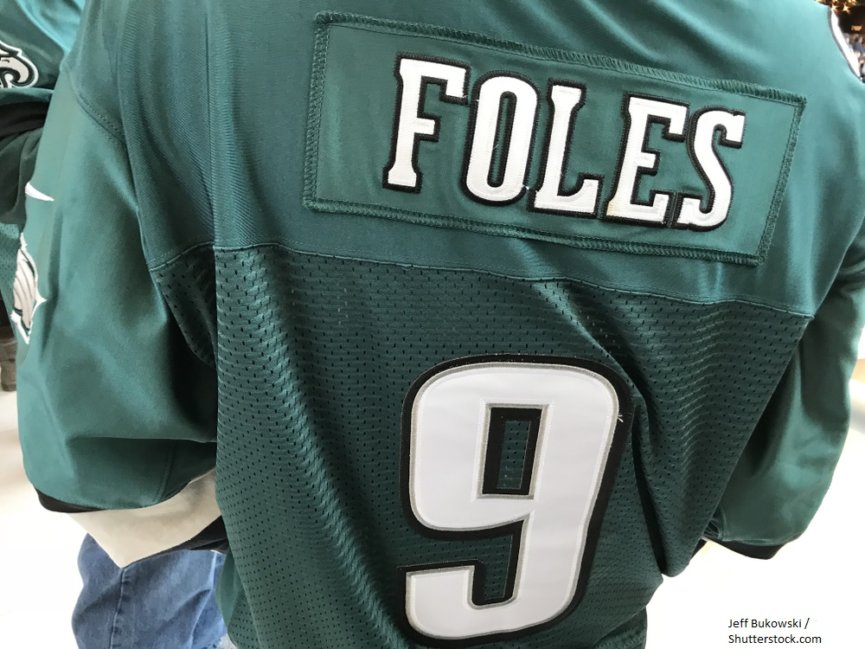 One of the more interesting stories to follow the last couple seasons has been the emergence of Nick Foles. The one-time starter for the Eagles was brought back to the team as an insurance policy should something happen to Carson Wentz. But he wasn’t expected to perform as well as he did when he was called upon.

As a Super Bowl MVP, he was certainly an intriguing trade piece last season. But the Eagles still needed him, as it turns out, more than they realized. While he was unable to lead the Eagles back to the Super Bowl, his body of work this season was more impressive. 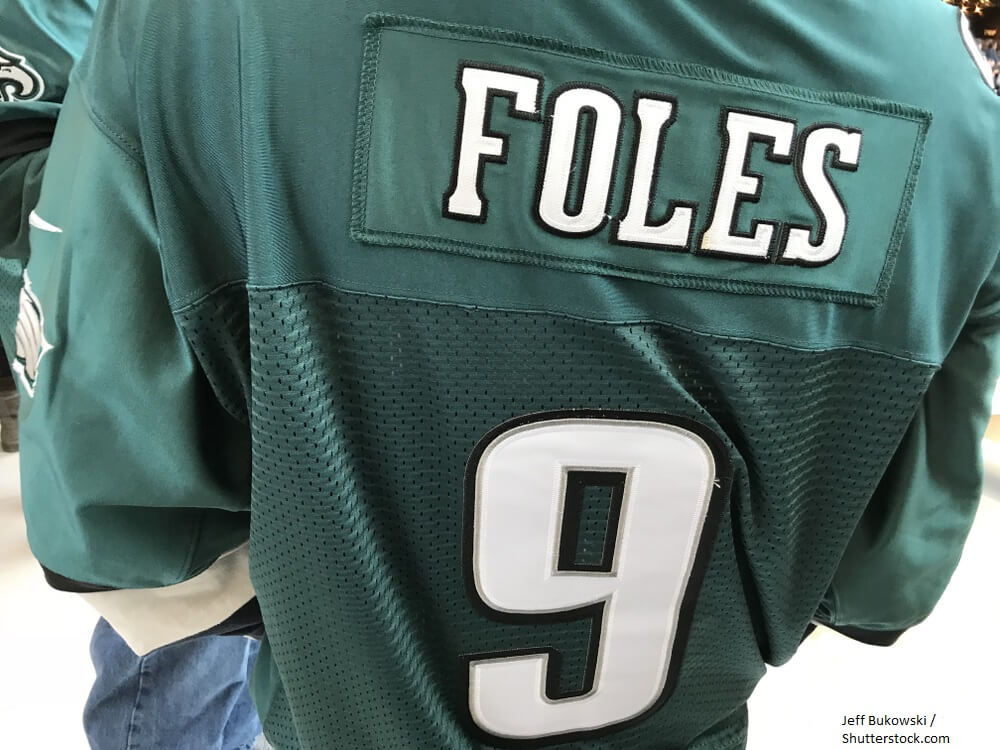 Jersey of the quarterback of the Philadelphia Eagles Nick Foles

So, whether the Eagles figure out a way to trade him or if they just let him go, there will be a market for the services of Nick Foles. But with so many teams potentially looking for a new quarterback next season, where is he going to land?

BetDSI recently released odds on who they expect to be in the market for Foles:

Tampa Bay can be taken out of the equation. Bruce Arians appears to be a believer in Jameis Winston, and there is no reason to think he has changed his mind. The Buccaneers would be better off using their resources elsewhere.

The Carolina Panthers would be an intriguing option but only if Cam Newton were to miss any time because of his shoulder issues. But it would just be for a year which would mean having to go through the whole free agent mess again in 2020.

Jon Gruden hasn’t appeared sold on Derek Carr. But he is more likely going to want to bring in someone young that he can mold from the start. As long as the Giants remain married to Eli Manning, Foles is not going to have any interest in them either.

If the Broncos were going to cut loose from Case Keenum, it would cost them. With no one else on the roster, that would mean drafting someone and starting him should they let Keenum go. It would be too expensive to pick up Foles (and pay him what he is worth) and cut Keenum.

Where Is He Going to Go?

The Miami Dolphins could certainly use an upgrade over Ryan Tannehill, but if the let him go, before June 1 or not, it is going to cost them. Do they really want to waste $13.4 million in cap space on one quarterback and then have to spend another $15-20 million on Foles? Probably not.

Philadelphia has said that they are all in on Carson Wentz, but if they are worried enough about Wentz’s back, they could go ahead and keep Foles (for now) and trade him later. Yes, they will have to give him a healthy pay raise, but since Wentz is still on his rookie contract, they can handle it.

But Washington and Jacksonville could be very intriguing destinations.

The Redskins had a good defense last year, and their offense should get a talent boost with the return of Derrius Guice. With Alex Smith healing and no other serviceable options on the roster, they have to get someone. If they can get someone like Foles, there is a good chance the Redskins become legitimate contenders in the NFC East.

Jacksonville, however, could be even better.

Despite all of their offensive issues last season, the Jags defense was still one of the best in the league. But with Blake Bortles regressing and Leonard Fournette injured most of the season, the offense couldn’t hold up its end of the bargain.

Foles has already proven with the Eagles that he can generate offense without a reliable running game. He just needs some capable receivers of which the Jags have plenty. The only question is whether the team is tired of Bortles underproducing enough to take the cap hit that would come with cutting him.

If Jacksonville is serious about making the most of their defense while they still have it, they need to bring in a better quarterback. Foles would absolutely fit the bill.