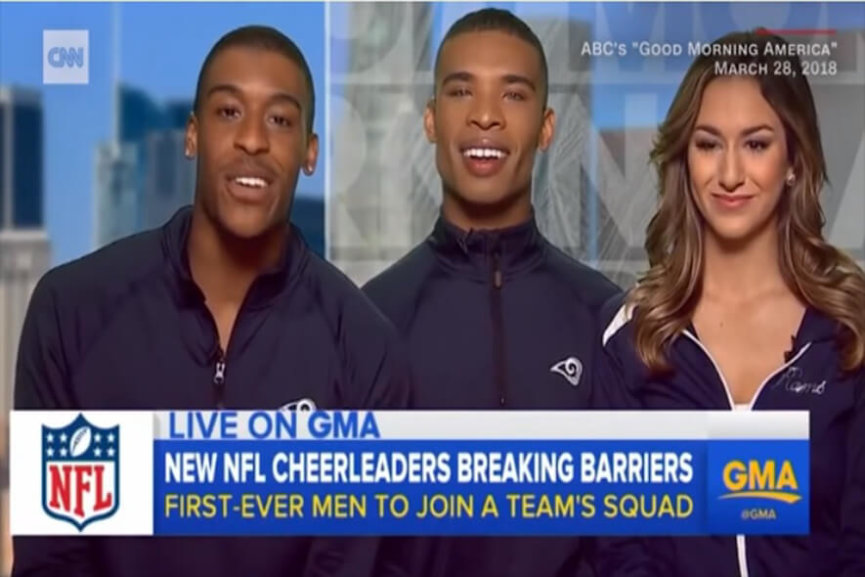 There are a lot of factors to take into consideration when discussing the ins and outs of the Super Bowl, and that’s understandable. It’s the biggest sporting event of the year, with everything from the Gatorade color to the half time show being up for discussion. This year, however, there’s a certain element of the game that is likely going to receive even more attention than usual.

We’re referring to the cheerleaders, and more specifically, the Los Angeles Rams cheerleaders. The NFC champions will be featuring male cheerleaders in the form of Napoleon Jinnies and Quinton Peron, who will become the first men to perform in the role at the Super Bowl.

The duo are professional dancers and also hold the title of being the first male cheerleaders in the history of the NFL. Many fans and media members alike have given high praise to both the National Football League and the LA Rams specifically, as they believe it highlights a huge step forward in the realms of diversity in sport.

Both men are going to be performing in front of an audience of well over 100 million in the United States of America, and beyond that, even more fans worldwide. The pressure of the situation clearly isn’t getting to them, with both men noting that they haven’t been able to stop smiling ever since the news was announced. 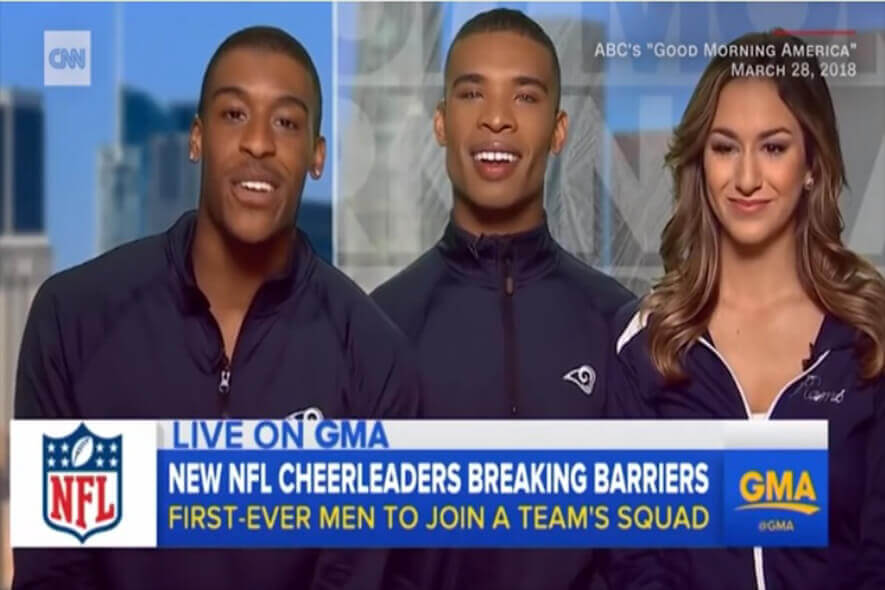 The criticisms that both Peron and Jinnies have received along the way will undoubtedly have spurred them on, but their determination and perseverance should be something that the Rams will certainly attempt to adapt to their own game in what will be the biggest night the organization has faced in nearly two decades.

The growing inclusive nature of the Super Bowl certainly seems to be drawing in even more casual fans than it has done before, and in some markets and with some bookmakers, you can even include the cheerleaders in some of your bets for the night.

The game on Sunday night is set to be played in Atlanta, as the Rams prepare to take on the New England Patriots who are playing in their third consecutive Super Bowl. At this moment in time it certainly feels like the momentum is with the Pats, but as the hours tick by prior to the big game, it seems as if more and more pundits are leaning towards Los Angeles pulling off the minor upset.

Either way, though, this story goes far beyond just a game of football – and it should have quite the impact on the next NFL season and beyond.