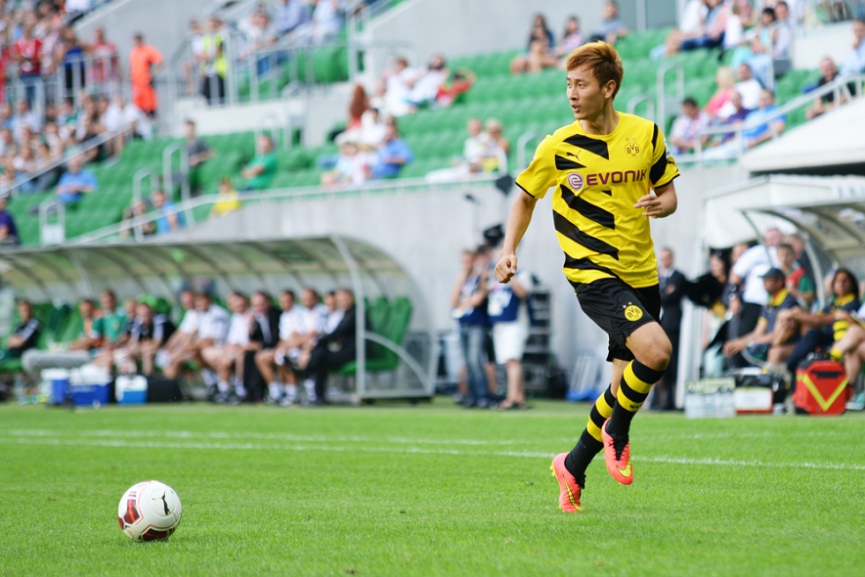 Ji Dong-Won had a return that every scorned lover dreams of. The Korean international announced himself at Signal Iduna Park with two goals and stellar performance for FC Augsburg as the relegation-battling side took three points off of Borussia Dortmund in a 2-1 win away from home.

Dong-Won had a frustrating spell at Dortmund in 2014, joining the Bundesliga side from Sunderland after a spell in the English Premier League. He made the most of his opportunity, scoring two goals, one in each half, with the second goal a clinical finish that raised away fans from their seats in a packed arena.

Dortmund could look back at this defeat at the end of the season as the turning point in their title campaign. Currently three points up on Bayern Munich, the Bavarian side will have a chance to draw level on the weekend if they successfully overcoming a streaky Borussia Monchengladbach side. 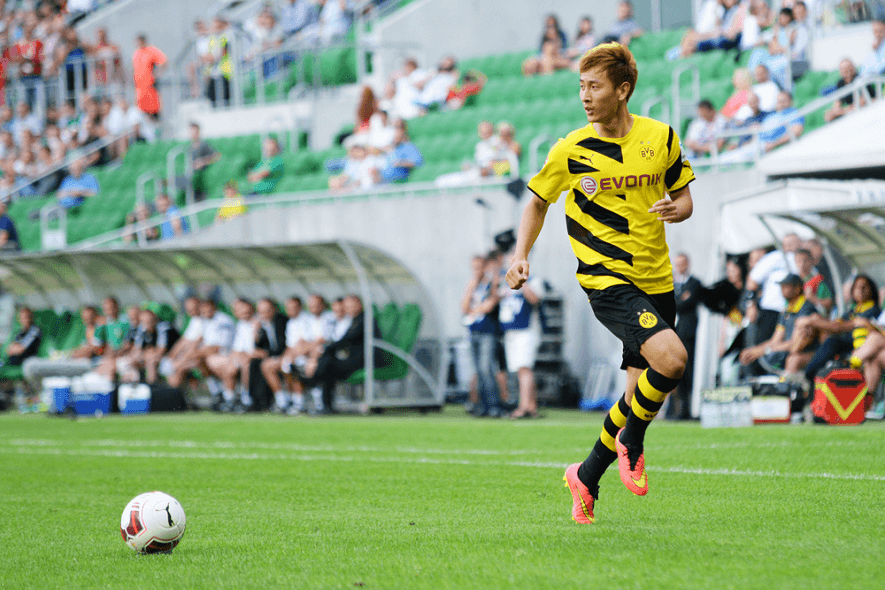 It was a game of mixed opportunities for Dortmund with a makeshift back four that inevitably made critical mistakes in the most important moments of the game. Pundits and fans have both been quick to earmark Dortmund’s defenders as the teams Achilles heels and will no doubt feel hard done by the team’s inability to strengthen their squad with timely transfers during the winter transfer window.

Dortmund did have their chances. Marco Reus, playing off Mario Goetze who was again given the start as Dortmund’s lone striker, created chances after chances and electrified the home crowd with his aggressive runs. Manuel Akanji did his best to organize his inexperienced teammates into a credibly back four, but it just wasn’t meant to be for Dortmund.

Lucien Favre will have a lot to answer for after the defensive collapse that led to Augsburg’s first goal. Dan-Axel Zagadou, a natural centreback, was forced to play out wide after Favre decided to leave left back Raphael Guerreiro out of his match-day starting eleven. Zagadou was run ragged the entire game and when Andre Hahn beat him to a ball near the corner flag, he took his chance to play a clinical pass to Ji Dong-Won who fired it home.

The second goal was pure class from Dong-Won. Latching onto a misplaced Dortmund pass, the forward broke away from Dortmund’s defenders and astounded spectators with a moment of magic by playing a marvellous chipped ball that caught keeper Roman Burki off his line before sailing into the back of the net.

The goal all but put the game to bed for Dortmund. Favre had just introduced Paco Alcacer and Raphael Guerreiro in an attempt to equalize the game and push on for a result, but the finish by Dong-Won all but ended that gambit.

Alcacer did eventually get on the scoreboard, the Spaniard’s first goal in 2019, however, it wasn’t enough to push Dortmund on to victory.

The moment of the game came in the 80th minute when Augsburg keeper, Gregor Kobel, stole a goal away from Alcacer after being brilliantly set up by Mario Goetze. Kobel was able to stave off successive waves of Dortmund attacks to close out the game; the Swiss footballer was named the Man of the Match for his fantastic display.

The defeat means that Bayern Munich is now in clear sight of the top of the Bundesliga, a position that manager Niko Kovac has been patiently awaiting since the earliest weeks of the season. Borussia Dortmund now must regroup and focus on the return leg of their Champions League tie against Tottenham Hotspurs. A loss to Tottenham and a further drop of points in the Bundesliga next weekend could mark the end of Dortmund’s season. What a week to look forward to!