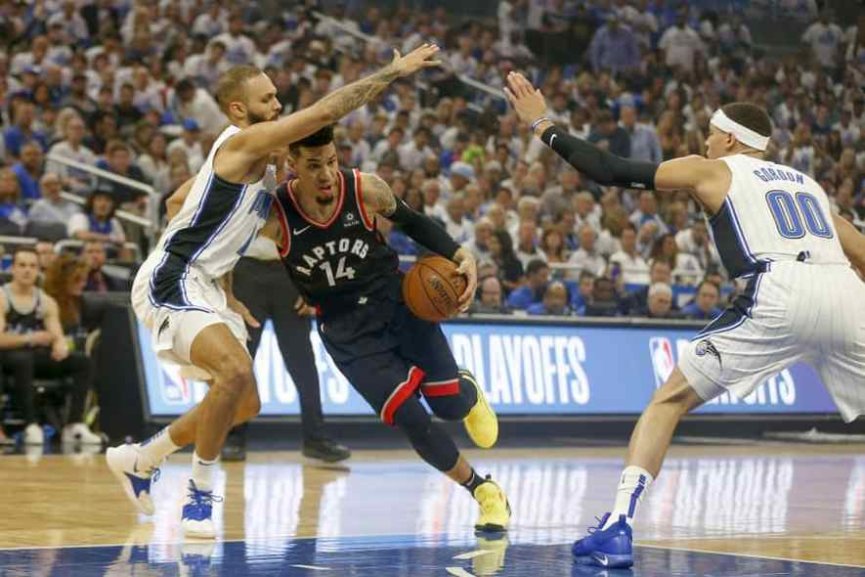 The Toronto Raptors were leading almost the entire game in Oaklands, and in the end, took a well-deserved away win.

What a night for the Raptors in Oracle Arena in Oakland! Kawhi Leonard was once again inspirational, scoring 30 points, leading his team to a 123-109 win over the Golden State Warriors in Game 3.

Toronto has now taken a 2-1 lead in the series.

Kyle Lowry had 30 points and 9 assists, while Danny Green contributed with 18 points. Green’s 18 points were all three-pointers, six of them. He scored only four of them in the entire Eastern Conference finals against the Bucks.

Siakam had 18 points and 9 rebounds, Marc Gasol pitched in with 17, while Fred VanVleet once again ended the night in double-digits, after ending the game with 11 points.

Stephen Curry had 47 points, 8 rebounds and 7 assists, but couldn’t help his team avoid their first home defeat in last six games at Oracle Arena. Only two other Warriors scored in double-digits, Draymond Green with 17 and Andre Iguodala with 11 points. 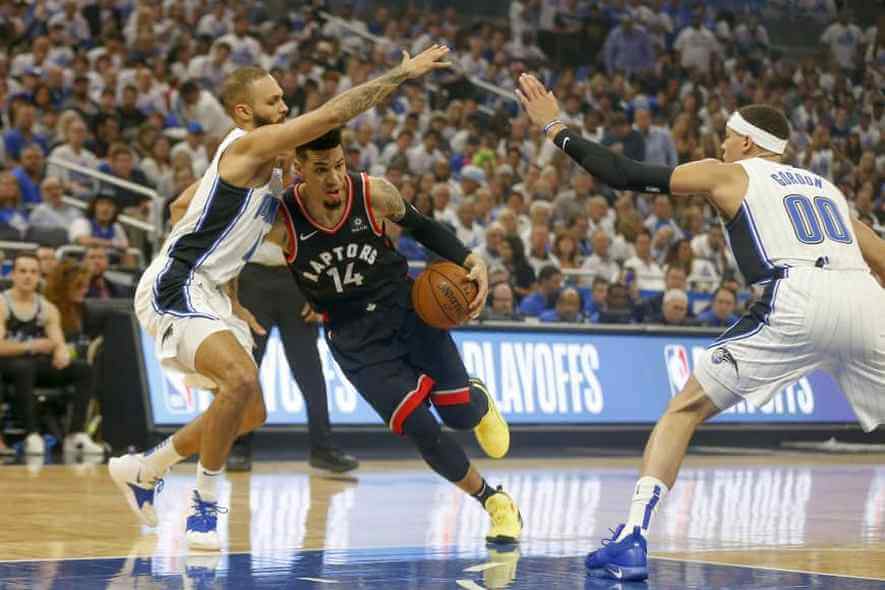 A Fantastic Game for the Raptors

The Raptors were off to a flying start, increasing their lead to 12 points in the first quarter. The advantage kept on increasing – to 14 in the second, and even in the third. The stunned crowd at Oracle Arena could only watch their team suffer their first home loss since Game 5 of the playoff first round against the Clippers.

The Raptors didn’t let their concentration drop not even for a minute. After winning Game 1, Toronto was on its way to a 2-0 lead in Game 2, but the third quarter saw the Warriors make a 20-0 run, the longest one ever made in NBA Finals, to take a 109-104 win and even the series.

This is also the last playoff series the Warrior will play at Oracle Arena, as the will move to the new Chase Center in San Francisco next season.

The home team led for only half a minute in the first quarter, despite Curry ending the opening 12 minutes of the game with 17 points. Siakam led the Raptors 13-3 run which gave the Raptors a 10-point advantage. The visitors were leading by 12 2:13 before the end of the quarter, although the Warriors cut that lead to 7 by the time the quarter ended.

The Raptors were leading by 8 at the halftime break and didn’t allow their opponents to repeat the third quarter of Game 2.

Game 4 will be played on Friday at Oracle Arena, while the series will return to Ontario for Game 5, scheduled to take place on Monday.

Find the best odds for the upcoming games at 888 Sport.