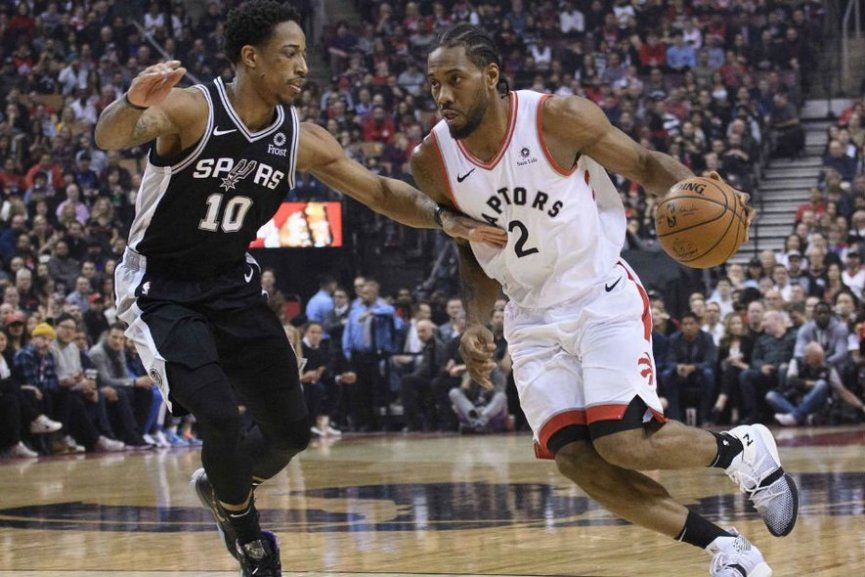 Kawhi Leonard led the Raptors to win on Friday, scoring 25 points against his former team San Antonio. He also made an important steal 15 seconds before the buzzer, helping the Raptors win the game 120-117. This was Leonard’s revenge to his former team, only a couple of weeks after he was booed at AT&T Centre in San Antonio.

On the other hand, DeMar DeRozan’s heartbreaking return to Scotiabank Arena not only ended in defeat for his team, but the 29-year old Compton-born was the one to lose the ball in the dying moments of the game.

Leonard and DeRozan were a part of the trade that saw two players switch sides.

Pascal Siakam had 22 points, Lowry and Green scored 17 each, Ibaka finished the game with 13 points on this count, while Jeremy Lin, who recently arrived from the Atlanta Hawks, scored 11 points. 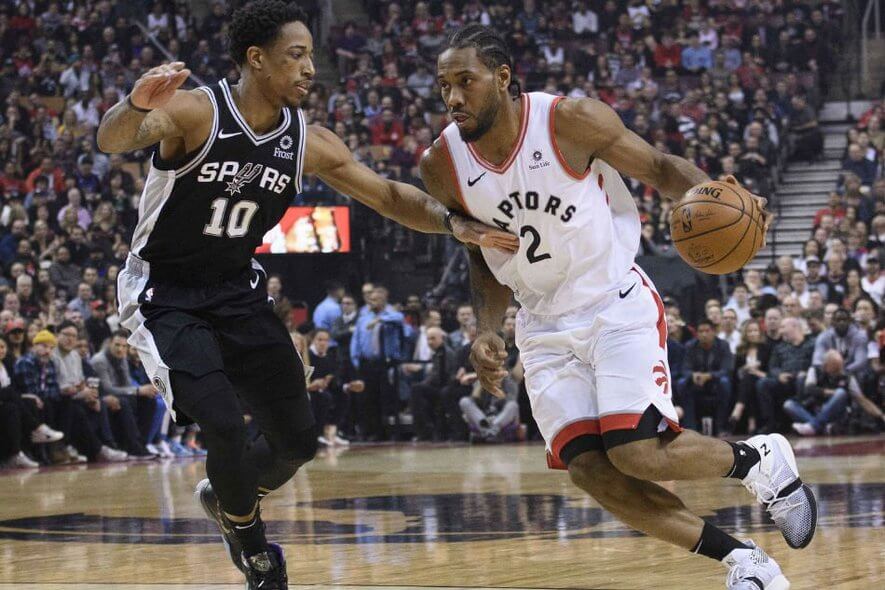 DeRozan scored 23 points for the Spurs, but in the end, that wasn’t enough for the Texans to win.

After the first match of these two teams, played back at the beginning of January, the crowd in San Antonio verbally attacked Leonard throughout the game, calling him ‘a traitor’. On Friday, DeRozan was greeted by fans in Toronto.

A Thrilling Game at Scotiabank Arena

It was an exciting game, with the lead changing 16 times. The Raptors never managed to increase their lead above 7 points in the first three quarters of the game, but they entered the final quarter with 3 points behind the Spurs.

Leonard was much better in the second half, scoring 19 points, while Lin exploded in the fourth quarter with 10. The Raptors managed to take back the lead, but the game was far from over, with the Spurs pulled to within a point.

The last few seconds of this game were extremely exciting. First Belinelli scored a three.pointer to put the Spurs in front, while Ibaka cut that lead down to only 1, after hitting one of two free throws. DeRozan decided the winner, after losing the ball to Leonard, who pick it up for the dunk and for the win!

At one point the referees ruled Lowry had stepped out of bounds with only a second left on the clock, bet they reversed their decision after a video review.

The Raptors coach Nick Nurse was sent off in the third quarter after arguing a call, and after the Friday’s game is tied with David Fizdale for the number of technicals awarded this season.

Following this win, the Raptors will play their next game on Sunday, when Orlando Magic arrives in Ontario.