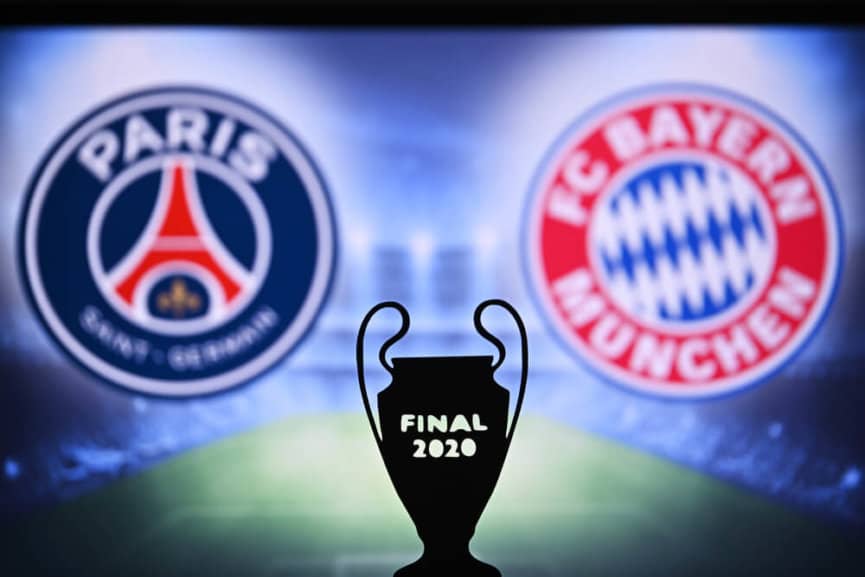 Two best teams in Europe this season will face for the Champions League trophy, and Bayern Munich are favourites to beat PSG and secure their sixth UCL title, first after the 2012-13 campaign and victory over Dortmund.

Paris Saint-Germain’s 3-0 semi-final win over Red Bull Leipzig was their eighth victory in a row in all competitions, even though the domestic season in France was cancelled several months ago. This final will be the Saints’ first-ever in the UCL following 110 matches played at this tournament. To this day, it is the most any team has played before making to their first final.

PSG scored before the 15th minute in four of their previous eight games, while they bagged a goal prior to the 30th minute in the last six games. Thomas Tuchel’s side have even managed to come from behind and secure a victory in the last three games in which they allowed the first goal.

Ángel Di María is the PSG’s hottest player right now. Following his goal against Leipzig, the Argentinean is now unbeaten in all 17 UCL games he scored (W15, D2). Only three players in the Champions League history have a better unbeaten scoring record.

PSG netted at least a goal in 34 UCL games in a row. If they find the back of the net on Sunday, they will set a new goal-scoring record in the UEFA European competitions.

LayvinKurzawa is questionable to play with a thigh injury after missing the last three games. Still, he was on the bench in a win over Leipzig, so there is a hope he’ll be included into squad for the UCL final. No. 1 goalkeeper KeylorNavas will probably miss this duel with a leg injury he suffered in the quarter-final against Atalanta. That means Sergio Rico will get another start between the sticks.

Paris’ excellent form shouldn’t concern Bayern Munich when we take the Bavarians’ 29-game unbeaten streak (W28, D1) in all competitions into consideration. That is the longest run of any side in Europe’s top five leagues at the moment. Bayern scored an average of 3.34 goals per match across that unbeaten run, including the latest 3-0 victory over Lyon in the UCL semi-final.

Bayern’s average jumps to an amazing 4.2 goals scored per game in the Champions League, more than any other team in the competition’s history during a single season – amassing the previous record which PSG held with 3.4 goals in the 2017/18 campaign. We can expect to see more goals in this one as Bayern scored in both halves in their last five matches, as well as in 80% of their UCL games this year.

Jerome Boateng sustained an injury in the opening half against Lyon and NiklasSule stepped in at halftime. Sule will likely start in the heart of defence alongside David Alaba.

PSG never won the Champions League and this is their first-ever final, and we don’t think they will win it now. Bayern have been a machine lately and we don’t see the Parisians can avoid a defeat on Sunday. Still, the finals are always tricky as many times it happened that the weaker team wins. After all, it’s a one-match final and anything is possible.

Even though we are giving an advantage to Bayern Munich, this game could easily go to extra time and perhaps penalties. That’s why we wouldn’t advise you to bet on the winner, but you can try with the team to lift the trophy, extra-time and penalties included, of course. The best odds on this market are at Betway, and they are offering 57/100 odds on Bayern Munich to lift the trophy. At the moment, the Bavarians seem closer to their 6th UCL title than PSG to their first.