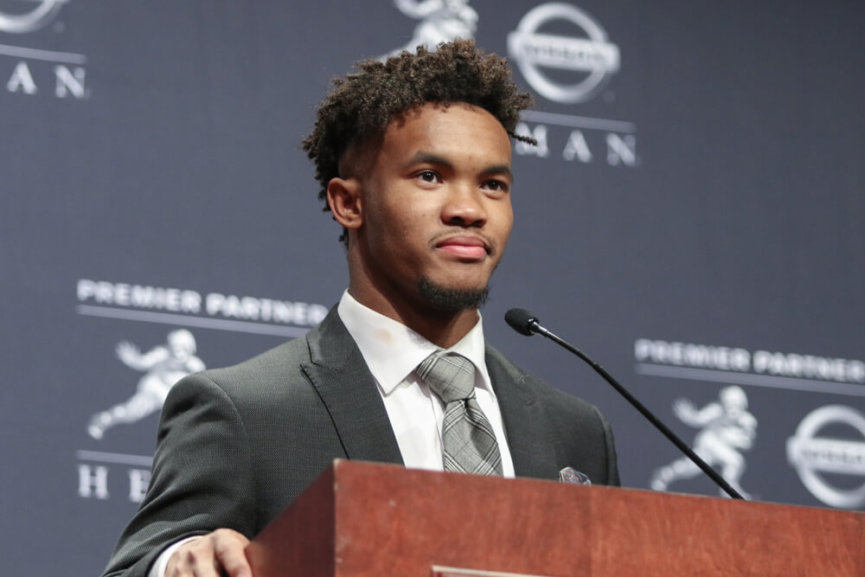 Monday was a sad day for fans of the Oakland Athletics but an exciting day for fans of the NFL—and especially one particular team. Oakland’s first-round pick from the last draft, Oklahoma shortstop Kyler Murray, appears to have decided to hang up his baseball spikes and put his football cleats on.

Murray has decided to forego his baseball career and focus on playing football.

The move was not unexpected. Why enter the NFL draft if you don’t intend on playing football? Did he want to see who took him and how high before making the call? If so, then no one would even have considered taking him in the first round.

Yes, he is an exciting, dynamic player. But he isn’t so compelling that anyone would use a first round pick on him if he weren’t committed to football.

Now that he has, teams in need of a quarterback will take a good, hard look at him at the combine and Oklahoma’s Pro Day. But who is going to take him and how high will he be selected? 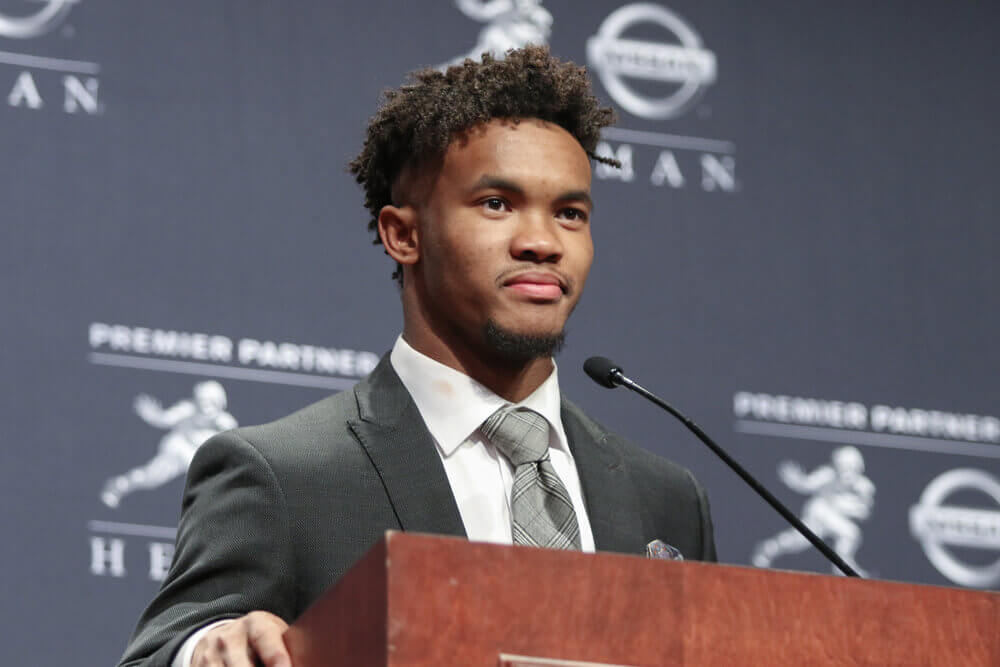 Many teams are not even going to talk about drafting Murray because they do not need him. It would be a wasted pick for a team with an established quarterback, especially a young one, to use their first-round pick on Murray.

That doesn’t mean the Indianapolis Colts, Houston Texans, Seattle Seahawks, Kansas City Chiefs, or Los Angeles Rams can’t draft Murray. It just means it would be a foolish move (odds that any of them will are +10000).

Rather than list the odds for every team (via 888sports), the following are the odds for teams that a logical argument for drafting Murray could be raised:

Now that Murray has said he is committed to playing in the NFL, all the draft experts are likely going to rethink whatever they have already said about him. Back when he announced he was entering the draft, the word from scouts supposedly was he would go in the second or third round.

But none of the talk now has him escaping the first round. The odds via 888sports appear to lean towards him being a potential top ten pick.

So—where and when will he be selected?

The Prediction – Who Is Going To Draft Kyler Murray?

Cincinnati could be interested if the team wanted to distance itself from the failed Marvin Lewis Era. But that would require dumping Andy Dalton or finding a trade partner. They could—but they will probably take a QB in the middle of the draft and groom him during Dalton’s final years.

Washington has a lot invested in Alex Smith. But if Smith is done, they need to be ready to move on. However, at the same time, they have other pressing needs that a first round pick could be used on. If Smith decides to retire, they will draft a QB; if he doesn’t, look for them to start Colt McCoy but bring in a veteran backup.

The Giants desperately need to prepare for life after Eli but some reluctant to do so. Draft experts seem to think the Giants are high on Dwayne Haskins anyway.

Case Keenum is just a temporary fix in Denver, but rumor has it that John Elway is a huge fan of Missouri’s Drew Lock.

That leaves Jacksonville, Miami, and Oakland.

Jon Gruden has made some crazy moves since returning to the NFL, but he is not crazy enough to get rid of Derek Carr. Both Miami and Jacksonville are expected to release their current quarterbacks leaving a spot open and waiting to be filled.

He would be great in either Jacksonville or Miami. It is not hard to imagine the Jaguars offense waking up with Murray firing darts and working the run game along with Leonard Fournette. But a lot of mock drafts have the Jags going with the Duke quarterback, Daniel Jones.

Taking the over on his draft position is a safe bet. As for which team—as great as it would be to see him with the Jaguars offense and playmakers, go with the Dolphins.