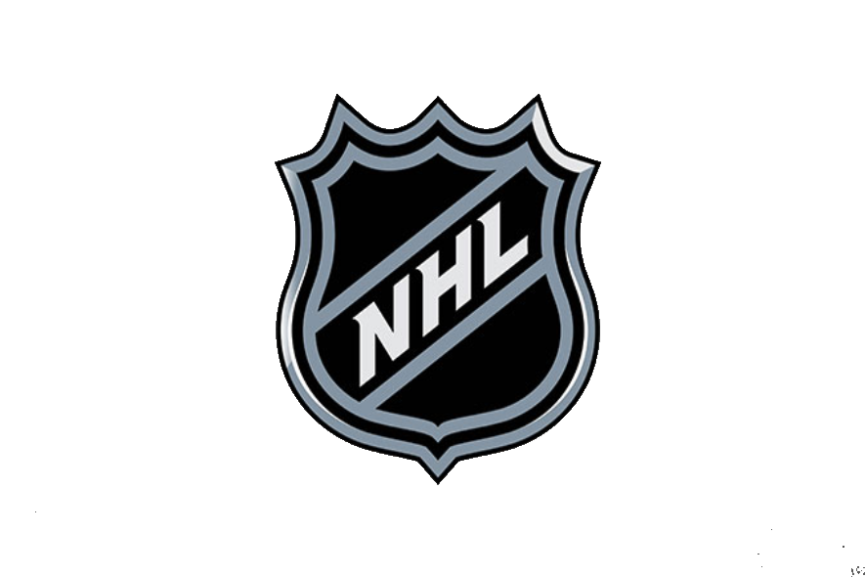 We doubt that much is required but it’s a fitting start to any beginner’s guide. Here is the explanation of the abbreviation for all those wondering what NHL stands for. It’s short for the National Hockey League, a professional hockey league played in North America.

Widely considered the finest hockey competition in the world, NHL enjoys worldwide popularity. With many a fan getting introduced into this exciting sport on daily basis, the forthcoming article is intended as an explanation of all the hockey basics to novices who don’t know the first think about hockey.

Hockey is essentially a game played between two teams carrying curvy sticks while staking on ice in an attempt to put the ball – or pack as it’s called in ice hockey – into the opponent’s goal. This general definition of hockey helps us trace back the sport’s origins which date back to the ancient history of many cultures around the world. The earliest proof of hockey comes in the form of 4,000-year-old carvings in Egypt. All the way through ancient Greece and pre-Christ Ireland to middle ages and 19th century, there have been different forms and divisions of sports with sticks we know today. As far as hockey is concerned, the type we cherish today in much-beloved NHL format was first organized and initiated in the early 1900s.  Men’s ice hockey became the Olympic sport in 1920, while the women’s ice hockey was added in 1998.

Canada is widely perceived as the birthplace of ice hockey where the first-ever organized and recorded game of hockey occurred in 1875, involving university students. As for the NHL, it was initiated in 1917 in Montreal after the predecessor organization, the National Hockey Association (NHA) had been suspended. The NHL originally included four teams. The competition grew into the United States in 1924 when Boston Bruins joined the Canadian pack. The NHL went through several notable expansions and reorganizations the most important of which was the creation on the Original Six, which lasted from 1942 to 1967. The current format of NHL consists of 31 teams, last of which was added in 2017. The league has already announced plans to add the 32nd club in 2021.

Tasked with reviewing and approving all of the rules and changes to the game and its organizational structure, the Board of Governors is the body sitting at the helm of the National Hockey League. Each club is the member of the league and, as such, appoints a Governor and two alternates to the Board, to represent its interests. The Board of Governors meets twice a year to discuss matters on importance.

The NHL is divided into two conferences – Eastern and Western – both of which are split into two divisions. 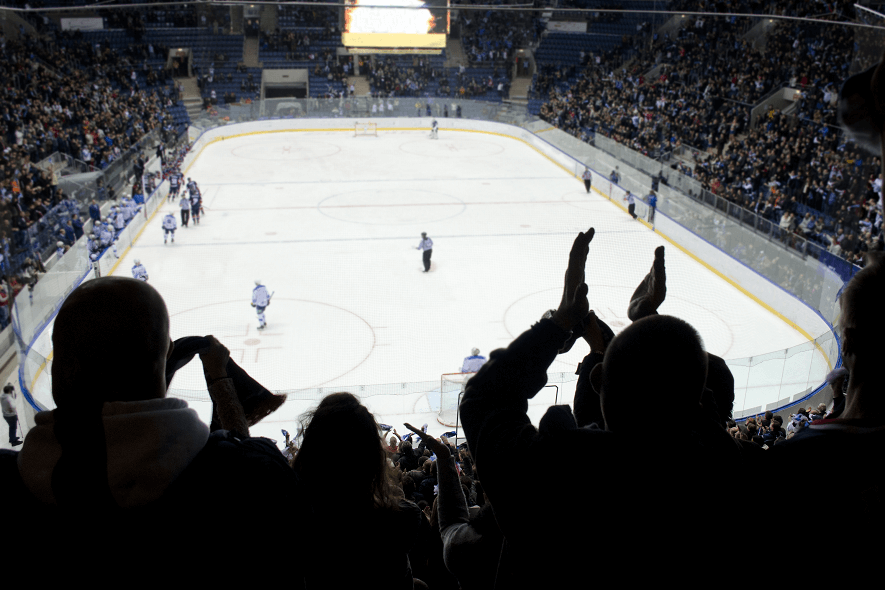 NHL fans applause on the stadium.

Of 31 teams competing in the NHL, 24 of them are based in the United States whereas the remaining 7 are from Canada. The Eastern Conference contains 16 teams – evenly split into two divisions, Atlantic and Metropolitan – while the Western Conference’s 15 teams have seven competing in the Central Division and further eight in the Pacific Division.

Preceding each NHL season as one of the most important dates in the competition’s calendar is the NHL Entry Draft. It is an annual meeting during which teams select rights to available players in the draft. The franchises follow a strictly determined system which allows them to pick players coming from the lower leagues – such as amateur or colleague – as well as from the professional European leagues. It was in 1995 that the NHL Draft Lottery was designed to help teams who missed the playoffs join the draft making the entire even ever so more popular. The first NHL Entry Draft took place in 1963 and this event, similarly to other North American sports, could hold the key importance for the season ahead.

The regular NHL season begins early in October and runs through to mid-April the next year. It is played according to a predefined schedule with clubs playing each other for the total of 82 games. The excruciating schedule will see teams play 28 games in their own geographic division, while the number for Western conference sides stands at 26 or 29. Teams accumulating the most wins will top the standings, which are determined according to a point system. Win gets you two points, whereas you can still get a point even as a losing side if you suffer a defeat in overtime or on a shootout. Regular defeat does not bring any points, expectedly. 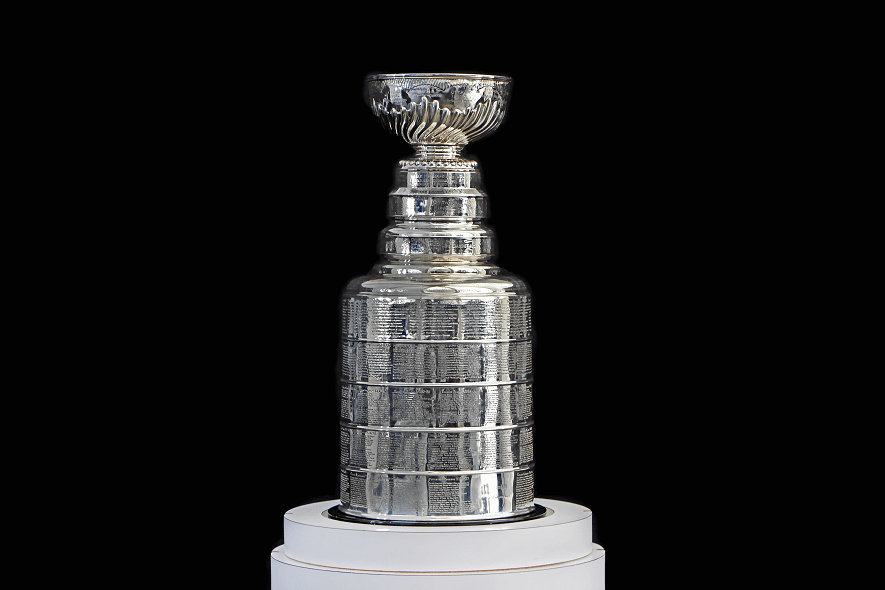 League’s overall winner is awarded the President’s Trophy, whereas the most coveted title in the entire NHL is The Stanley Cup. Running from April to early June, eight teams – top three teams from respective conferences plus two teams with next best results – play an elimination tournament called the Stanley Cup playoffs, in order to be crowned champions. The playoffs are a mini-competition played for a best-of-seven result. The two remaining teams meet in the highly anticipated Stanley Cup Final, which is one of the most recognized events in all of the sports, not just ice hockey.

The game of ice hockey under the rules and regulations recognized by the NHL is played on an ice hockey rink. It’s rectangle shaped with rounded edges, 200×85 feet. Around the end of the rink, there is a red goal line with goals placed on each if of those. The main idea is to place a puck into the back of the net during a designated time. The NHL games last 60 minutes. They are broken down into three 20-minute periods which are separated by a 17-minute intermission. Should a game result into a tie at the end of regular time, it will proceed into an additional overtime period of five minutes. A three-player shootout follows in case a stalemate is still effective. 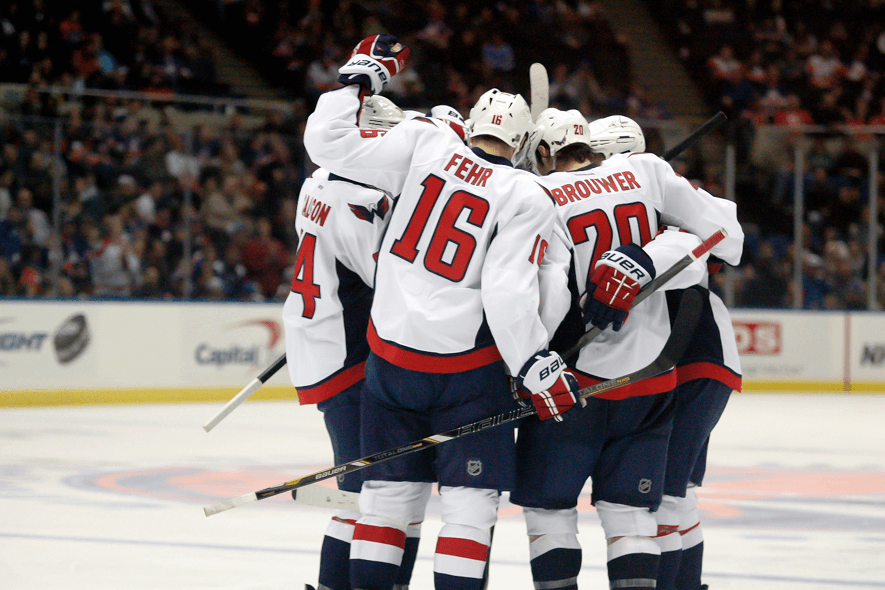 Hockey is an elaborate game with quite a few rules to consider. Penalties and violations of play would require a guide of their own. However, the most important rules and terms any novice should be aware of are:

Faceoff is used to begin and/or restart play in hockey. It’s a stand-off between opposing teams which are attempting to gain possession after goals and at the beginning of each period at the designated area(s) on the pitch. The icing is a rule which saves the dynamics of a hockey game. It basically prevents players from flipping the puck across the full length of the ice rink and chasing it down to get near the goal. It basically forbids passing the puck to the far side of the rink – behind the red line.

Offsides are common rules in many a sport and it also exists in ice hockey. As far as the HNL goes, the offside occurs when a player of the attacking side crossed the offensive blue line before the puck does. Penalties happen quite often in ice hockey, which is a sport that in popular culture is most notorious for its fights. A team playing with an extra man while a player of the opposing side is serving their penalty is said to be on the power play, which gives them a numerical advantage to try and score a goal more easily.

Elaborate and quite intriguing, ice hockey has fascinated the sports-loving world long before the NHL had been conceived. As the most professional organization in the world, catering to ice hockey lovers in North America, the NHL sits at the very top of the pantheon in comparison to ice hockey competitions around the globe. Ice hockey has most recently started to generate plenty of new fans and supporters but it’s fair to say this brilliant sport is still lagging behind when compared to the behemoths such as NFL or NBA.