MMA is one of the fast-paced, combat mode sports which are quickly gaining popularity worldwide and so far has given no sign of fading away anytime soon. Betting on MMA is unlike betting on any other sport as nothing can be compared to the experience gained by watching two superb athletes putting everything on the line. If this is your first time learning about this particular sport market, then hang on tight and let our expertly curated review take you through the ins and outs of this highly entertaining sport.

What is the MMA?

MMA stands for Mixed Martial Arts. It is different than typical martial arts because an athlete can portray many other fighting techniques along with some basic moves of Martial Arts. Here, a fighter can engage in a combat style short free-hand battle with another fighter in which he can use both striking and grappling techniques to defeat his opponent. The interesting part is that, although the name of the sport has Martial Arts in it, the fighter can create a few moves according to his convenience. This unpredictable situation is one of the reasons why this is a popular sport market and lures millions of sports bettors from all over the world. 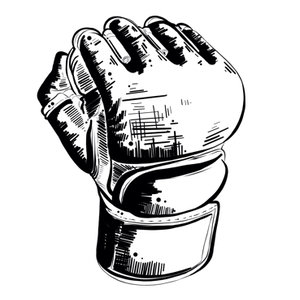 At the beginning of the MMA, fighters from one discipline went against fighters from the same or a single discipline only. But in more recent times, the sport has had many changes and now allows fighters with different fighting styles to set against each other. As a result, the fighters are more well-rounded and are constantly upgrading fighting techniques, thus bringing more fun and excitement on the table. Very good fighters often use multiple Martial arts disciplines in a single combat while including a few moves of their own. Unlike wrestling matches, MMA takes place in a cage-like or an octagonally shaped space where only the two fighters and a referee remains. Three judges sit close to the cage while the spectators remain seated a bit far from the cage. Each non-title fights are consisted of three rounds of five minutes each and each title/championship fight lasts for 5 rounds of five minutes. The winner is selected considering eight different methods.

How To Bet on The MMA?

Even though it may seem like you can only place a bet on the winner of the MMA, that is not really the case in any way. Lots of online bookmakers feature MMA in their portfolio and offer some diverse range of options for the bettors. Some of the most common types of bets are similar to bets on other sports markets. Check out the options below which will enlighten you on the matter.

This is basically the simplest of all the given types as you only have to guess the winner and place wager on him. If there is a match between Chael Sonnen and Anderson Silva, and you placed bet on Silva thinking he will win, then you will earn from this bet if your prediction comes to reality. Now, it may look very simple as you can easily place bet on the fighter who is in the best condition, keep on mind that you will earn lesser than you will earn from betting on the fighter who is less likely to win. The lower the chances of winning a fighter has, the higher you will gain from betting on him, considering that he wins. If you are wondering why odds are like this in Match Bets at MMA, that is mostly to keep everything balanced. Otherwise, everyone will simply bet on the match favorites and win their share of bankroll.

This is another common betting type that you see in Basketball, Soccer and many other sports. However, in a combat sport like MMA where no one is collecting points by scoring, the only way to bet is to place wager on the length of the match. Even though there are points allotted for each round, in Over or Under bet you are determining how long the fight will continue for. Instead of selecting the winner like in the Match Bets, you will bet on when the match will end. This is a nice ground for the expert bettors who can read along the match and predict in which round it will end. You will usually find three types of lines in this bet.

While the first line is seen mostly when two very aggressive fighters meet, the next one is more common. On the other hand, the last usually appears in the Championship fights where the match is scheduled for five rounds. Depending on the fighters, and the other conditions of the match, you can go for a one and receive high payouts if your predictions are right.

Prop bets or proposition bets are based on the condition of a certain event taking place in a match. You can bet on the distance of the fight, the ending of the fight, the finishing round, draw or not etc. As prop bets are not necessarily for the expert bettors, this is mostly a type of bet that is more for fun than to gain rewards.

Similar to betting on any sport, betting on MMA maintains some rules. Some of the most common ones are included here. However, a certain sportsbook may have a few additional rules that you may have to check out beforehand.

This is one of the biggest markets that allows you to bet on the way the match will end. You can choose by decision, by submissive, by knockout/TKO or by draw.

In this market, you get to place bets on a fighter and his method of winning. Although it may often be time-consuming, the payouts are great if you predict correctly.

This is good for live betting as you can determine how the match is going and choose how many rounds will run before the match ends. It is a great market for seasonal bettors as well.

The odds in MMA, like in other sports, is basically a way of knowing how much you will win from a bet. If you learn how odds work, you will be able to determine how much worth it will be to place a certain bet. In MMA, the odds are higher in case of a less favorite fighter whereas the odds are lesser when it comes to a more favorable one. For example, if you place $100 of an unbeaten fighter against a regular one, you will gain only $10 payout if the unbeaten fighter wins. While this is almost a risk-free bet, the payout is too small to consider as winnings. If you lose this bet, the amount will be lost and may take a few more bets to recover the money you placed as wager. However, you can learn about the ‘value’ in the bet beforehand, and place bets accordingly.

Instead of seasonal matches, MMA matches take place regularly with different championships occurring every once in a while. Here are some of the major events which you may be interested in:

The UFC is currently the leading MMA promotion who organize the majority of the events. The UFC is the base of the best MMA fighters as well as the fans from all over the world. They organize 2/3 regular events per year along with one Pay-per-view (PPV) event per month. While PPV events appear on a regular basis, these consist of only the best MMA fighters and the hard-core MMA fans.

Bellator is another great MMA event for sports bettors as many talented fighters crowd this event. Though the event was in the picture for a while, they have gained major positive response after their launching of Heavyweight Grand Prix and Welterweight Grand Prix.

Khabib vs McGregor was one of the dirtiest matches in 2018 where we have seen heated-arguments, shower of hatred but an uncompetitive fight. This overhyped match was full of Khabib and almost nothing of Conor. Thus, the re-match that may be taking place in 2019 is already gaining attention from the fans and the bettors alike. Though Nurmangomedov is the favorite here, McGregor is also known for dominating the re-matches.

For fans of MMA, Anderson Silva is known as a living legend. However, a challenge awaits this spider as he is to face Israel Adesanya in the coming days. As both are elites in their own rights, fans are already biting their nails off in the anticipation of this big match.

As Cormier’s retirement is taking place in March, seemingly the fighter has one last match left against Jon Jones. While Jon Jones is no joke, Cormier is the favorite here as many fans are expecting him to end his last match with a winning title.

This relatively newcomer has already shown what he is made of and presented a glimpse of his capability. In the upcoming matches, fans and bettors are eagerly waiting to see how far this strong contender can go.

Here are some essential tips to help you in the MMA betting:

Research on Your Own

Watch the previous matches of the fighters to find a pattern in their fighting style. Create a scene on your own if they had not attended in a fight together before. Especially the recent matches will help you to assess their strength, weakness and techniques.

A common mistake that many bettors make is that they place bets on who is more favourite in the match instead of how much money he is going to make. You can avoid low payouts by going for the high-value instead. However, MMA is always unpredictable, that is why even after going for the high value, you may not gain a satisfactory outcome.

Do this based on your assessment even before you check out the available markets. Watching the odds before the match takes place may often lead to biased thinking and create confusion.

Live betting comes in handy in MMA where you can see the fighters’ conditions on the very day. After the first bell rings, check out the odds which are above 40% for the more favorite fighter.

Q: Is there a difference between MMA and UFC Fights?

A: Mixed martial arts, or also known as MMA, is the sport while UFC is an institution that organises MMA fights all over the world.

Q: What types of Martial arts are included in MMA?

A: Mixed Martial Arts involves both fighting in a standing up position as well as ground fighting so it covers striking and grappling techniques from a variety of different fighting techniques such as boxing, submission fighting, wrestling, judo, thai boxing, karate, jiu jitsu etc.

Q: What punches are illegal in MMA?

A: The following moves are forbidden during an MMA fight: Grabbing the fence, Head-butting, Holding opponent’s gloves or shorts, Biting an opponent, Spitting and Hair pulling, Fish hooking, Eye gouging of any kind

Q: Who has made the most money with UFC?

A: Conor McGregor is the richest MMA fighter in the world, and made more than $110 million!

Q: What happens when a fight is regarded as “no action”?

A: In such a scenario, all the stakes are returned to the bettor.

Q: How do I place bets in MMA games?

A: In case you do not have an account in an online sportsbook, you can simply choose a site that offers MMA, open an account, deposit some money and start placing bets.

Now that you have some basic information regarding MMA betting, all you need to do is to try this popular sport market from one of our recommended online betting sites and start betting right away!