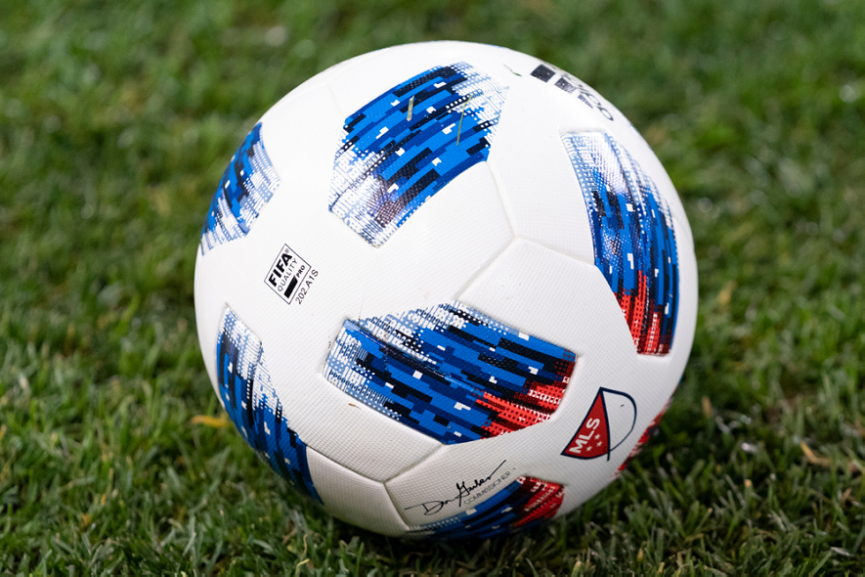 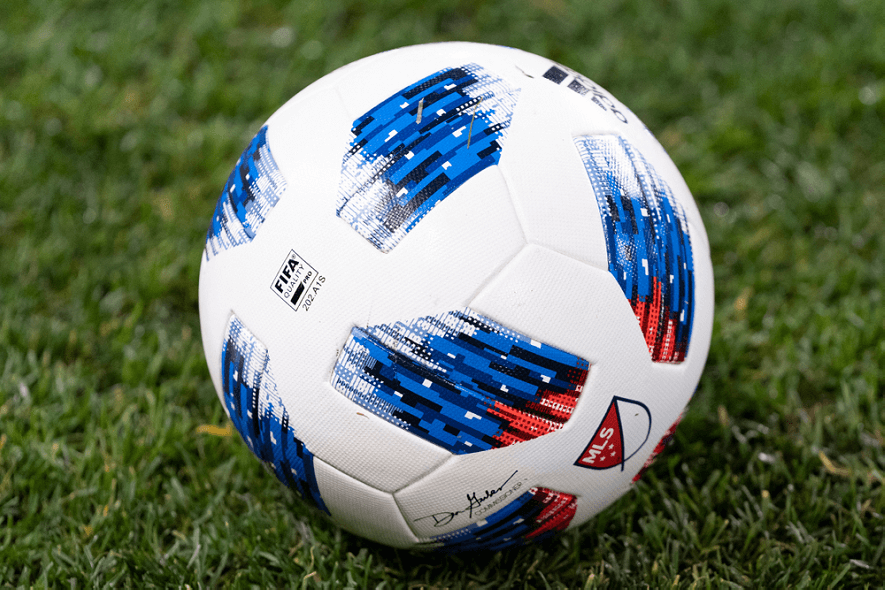 There is no arguing about it, soccer is definitely the No.1 sport in Europe. Armies of fans do not miss a single game of their team, home or away, with biggest of clubs holding a cult status even. However, there are plenty of soccer competitions to enjoy on other continents as well, with Major League Soccer being definitely one worthy of your attention.

Best known by its acronym MLS, the top flight of the American soccer is a men’s professional soccer league consisting of teams from the United States of America and Canada. It was founded in 1993, but it is argued that it had not enjoy wider popularity until the teams started bringing in internationaly recognized soccer stars such. The likes of David Beckham, Thierry Henry and the Canadian favorite Sebastian Giovinco are only some of those names to begin with.

What do you know about the MLS? Do you know when the season starts? Or how many teams are there? If your head is spinning with questions, just read the article below and you will find the answers to everything you wanted to know about this increasingly popular competition. Without further delay, let’s go through the most important facts about this league.

As it is already mentioned, the MLS was founded in December, 1993. It wasn’t until 1996, however, that the debut season was player, so we can freely say that it’s been almost 23 years since the current level of professional soccer in America has been achieved. The MLS faced plenty of problems and challenges at the beginning, as it usually is the case, but after three years the season finally kicked off with only 10 teams competing for glory, none of which were Canadian.

Despite the fact league managed to lure in some 1994 World Cup high-profile names, it wasn’t until 2002 that soccer expansion in America truly began. With the United States national team, quite unexpectedly, reaching the quarter finals of the 2002 FIFA World Cup played in South Korea and Japan, the world finally started to take notice of the American game.

David Beckham was basically the first soccer legend from Europe who moved to America to join a team playing in the MLS league. Many other famous players followed suit after the Brit broke the ice. The list includes Thierry Henry, Didier Drogba, Kaka, David Villa, Steven Gerrard and most recently Zlatan Ibrahimovic and Wayne Rooney, who all did the same in their soccer veteran years. The MLS supporters from Canada, however, have Toronto FC’s Sebastian Giovinco sitting on top of the pantheon of Europe’s big-name stars. The diminutive Italian has most certainly done wonders to the game’s popularity up North and definitely is the one to thank for the ever-increasing number of registered soccer players in Canada – last recorded to be 800,000 in 2016. 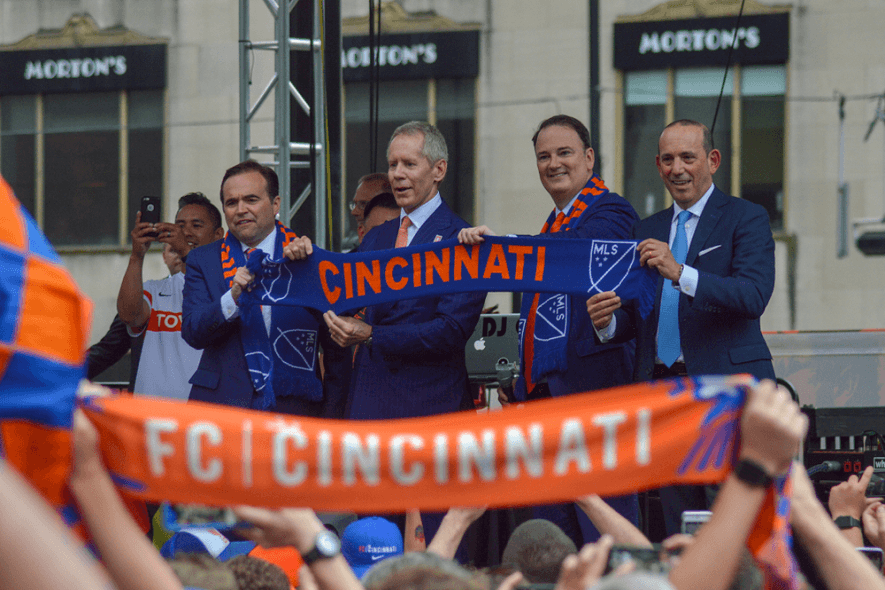 Structured as a single entity owning both teams and player contracts, the MLS is a centrally-oriented organization. Having learned from its past mistakes when funding issues caused plenty of problems during the competition’s early years, the MLS has a systematically organized financial structure in place which controls costs by sharing revenues. It also has a grip on players’ contracts which is not a common occurrence in European football where players are contracted to the teams they play for. Player salaries are limited by a salary cap which ensures sustainable operation and maintains a competitive balance between the clubs.

From the organizational point of view, the MLS is comprised of two conferences, Eastern and Western. As of 2019, there are 24 teams in total in the competition that will be competing for glory from March to October – which is the traditional season timeframe in the MLS. As it is the thing with other sports in the United States, MLS also has a fixed membership, so there is no relegation at all. Carrying the Canadian banner into the MLS there are Toronto FC – as the first Canadian club to join the MLS (in 2007) – Vancouver Whitecaps and Montreal Impact.

Over the past couple of years the MLS has underwent extensive reorganization in an attempt to put the competition neck and neck with country’s most popular sports and get closer on par with other relevant competitions across the pond.

When it comes to attendance as an important element in determining league’s popularity, the MLS is pushing its way through to the top – slowly but surely. Looking at it from a global perspective, the first three places are reserved for the top three leagues in the world, German Bundesliga, English Premier League and Spanish La Liga. However, the MLS league is sitting in 7th place, which makes it more popular than, for example, French Ligue 1. To put this in a wider perspective, we should probably bear in mind that France just won the 2018 FIFA World Cup in Russia.

The MLS is constantly attempting to expand its reach and introduce new teams under its wing. The league’s commissioner Don Gabrer hoped to see the league expand to 28 teams in the future, with the earliest expansion planned for 2020. Nashville-based franchise is already in the works, whereas the David Beckham-owned team Inter Miami CF is all set for the 2020 bow. They even have a logo and everything that comes with it.

As stated above, the regular MLS season starts in March and ends in October.

During this period, teams play 34 games – 17 at home and as many away. The teams play against rivals from their own conference, but they also play one game against each team from the opposite conference. Regular part of the season is followed by a post-season knockout tournament consisting of fourteen teams. The MLS Playoffs concludes with the MLS Cup championship game in early November.

Los Angeles Galaxy are the team with most MLS titles so far. Following David Bechkam’s path, nowadays there is also another high-profile European soccer star playing for them, Zlatan Ibrahimovic. However, it is another famous player who played for LA Galaxy, who remains the top goalscorer in the history of the league. It is, of course, a domestic legend, Landon Donovan, who scored 145 goals during his MLS days. Apart from LA Galaxy, he also played for San Jose Earthquakes. And, that’s not all. Another reason why Donovan is the real icon of MLS league is that he is also the all-time assistant leader with 136 assists. 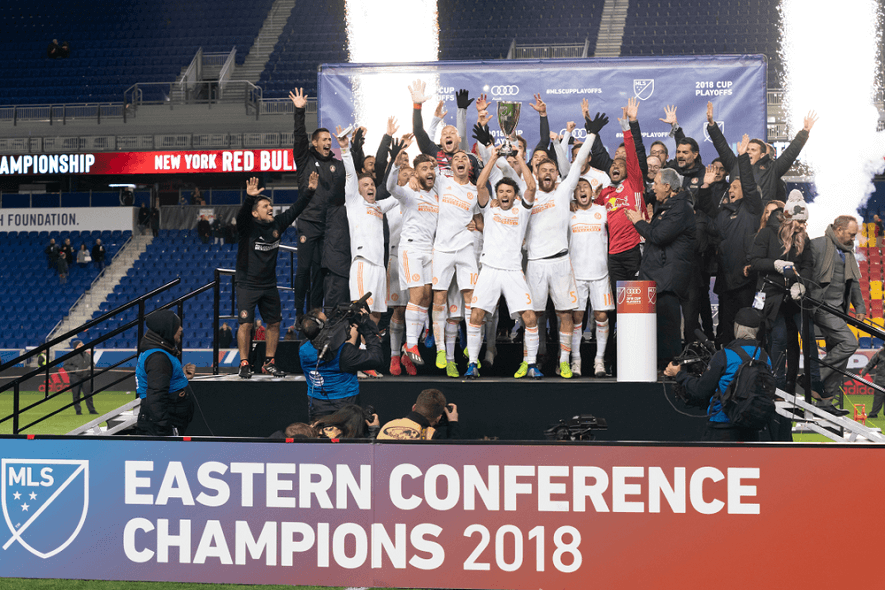 The MLS season also includes the annual All-Star Game, an exhibition match played between only the best of the best Major League has to offer and a notable side from a different league. Such a practice is quite common in other American sports but when it comes to football it’s slightly frowned upon, due to a simple fact is does not go hand in hand with soccer formats from around the globe.

Additionally, the MLS schedule – the spring-to-fall format – is in conflict with the FIFA calendar other leagues around the world comply with. The MLS considered changing the scheduling and calendar but at the moment there are no immediate plans to do so.

To sum it all up, everything you need to know about MLS league as a beginner and a person who’s never watched the competition before is mentioned in this article. If you still have any doubts about the quality of the game, level of football professionalism and the entertainment factor behind this bulging competition, try watching some MLS game on TV and you will see that it is even more attractive and dynamic than you thought. Did you know that the highest scoring game ended with the result 7-4? Did you also know that the results such as 6-2, 5-3 and 3-4 were a common occurrence last season in the MLS? If you find this enticing enough, just take your favorite spot on your sofa, find a game on TV and you can thank us later.