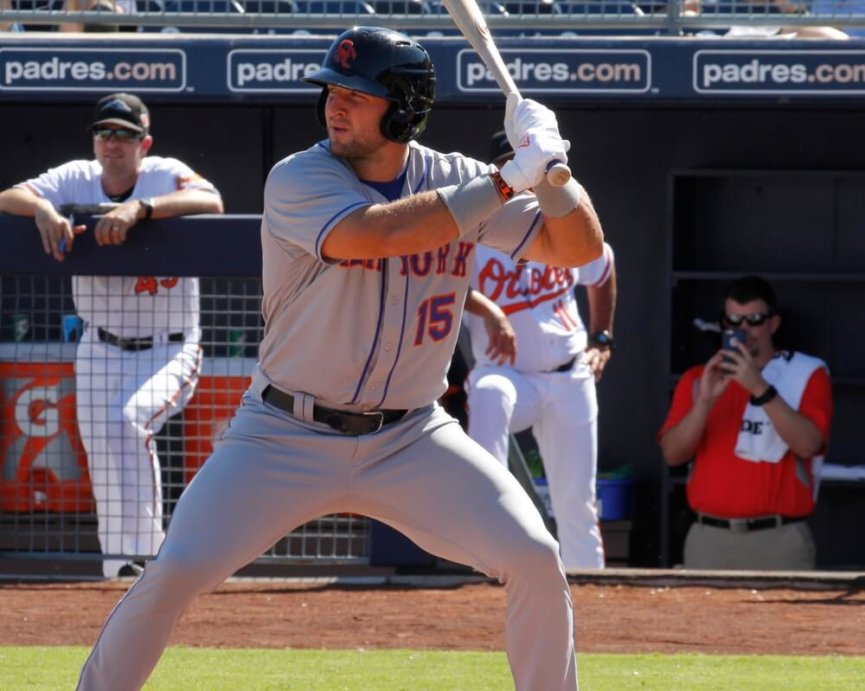 A few years ago, it seemed like Tim Tebow had finally decided to give up on playing football as he settled into a broadcasting career. He was quite good at the job, and it gave one of college football’s most likable athletes a chance to stay in the public eye minus the constant ridicule over his game.

That was back in 2016. The 2019 season is fast approaching, and it looks like Tebow will be chasing the dream yet again—and many think it could happen this year. 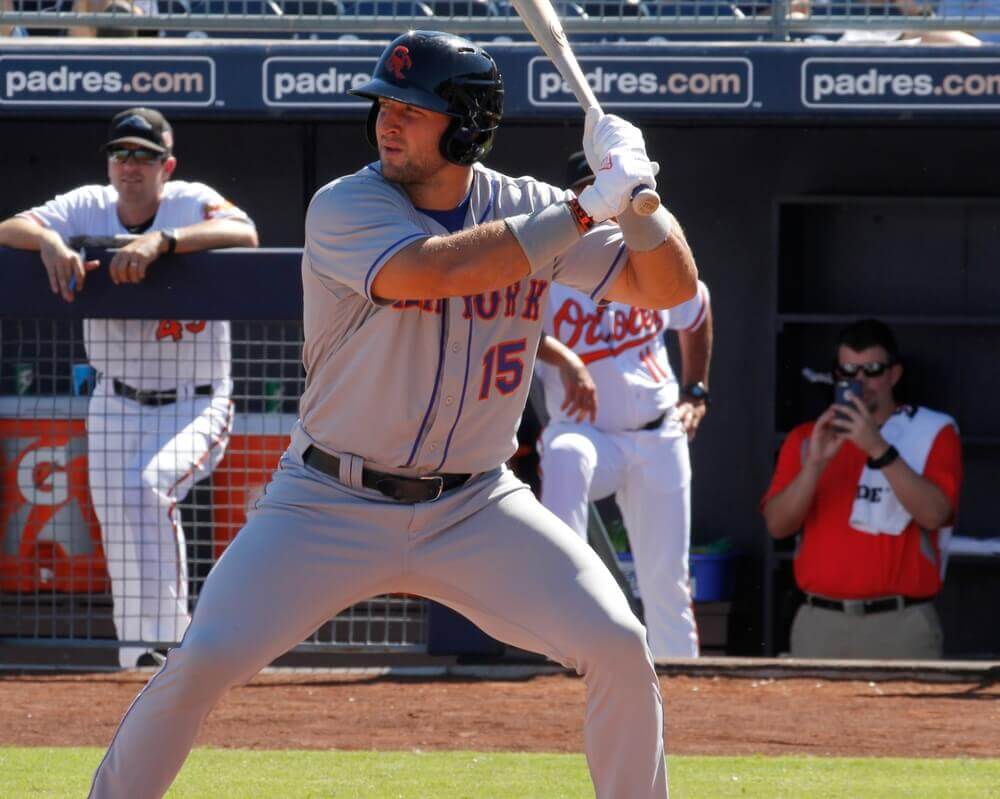 So, of course, there are odds on whether he is going to be on an MLB roster this season—and they really aren’t that bad (via BetOnline as of February 8):

Those are odds that anyone in the minor leagues would love to have let alone someone who just decided to give baseball a try a couple of years ago. But not everyone has believed (or does) in Tebow making it to the Show.

Last November, MyBookie had Tebow as a pretty big longshot to make a roster this season:

Not too encouraging, right? Did they not hear the rumor that the Mets were considering calling him up after September 1st last season? Since he broke a bone in his right wrist, we will never know for sure. But the possibility hangs out there…

More than likely, Tebow is going to start the season playing AAA ball but the Mets general manager, Brodie Van Wagenen, has not ruled out Tebow possibly earning a spot on the big league roster for Opening Day.

Rumor has it he has gotten better and better each season. It is not unusual for a drafted player to take a few years to earn a shot at a big league roster. But those are guys that have been playing baseball their whole lives.

Is Tebow such a good athlete that his athleticism can trump years of hard work?

After hitting .273/.319/.367 with six home runs and 36 RBIs in AA ball last season he is expected to start 2019 in AAA. While the numbers are not mind-blowing by any stretch of the imagination, they are pretty good.

Good enough for a call-up from AA to the Show? No, but worth an invite to spring training and a spot on a AAA roster. If he can pick up where he left off against the tougher competition he’ll face, then maybe he does have a shot at a call-up this season.

Before breaking the bone in his wrist, he hit .317/.348/.429 through June and July prompting rumors of a potential call-up last season. If he can build on that several teams may be interested in him during the season.

Baseball purists would probably love to slap some sense into the Mets front office as they scream, ”But he isn’t a baseball player!!!”

To be fair, Mets GM Brodie Van Wagenen was upfront in a New York Daily News article about what it would take for him to call Tebow up:

“If Tim Tebow is the best offensive player in Triple-A at that point, he’s going to be in Mickey’s lineup.”

That is precisely how it should be. Is it fair to the guys who have toiled in the minors longer and have dedicated themselves to the sport for much longer? Maybe not, but if Tebow and his athleticism are getting better results than they are, any GM in baseball would call up the more productive player regardless of how long he has been playing.

If he continues to hit .317 in AAA, it would not be crazy to see him get a call during interleague play and to see time as a DH. If you are a Tebow-maniac, put your money down now (chances are you already have). But if you are a just another baseball fan, wait for spring training to start and see how he does.