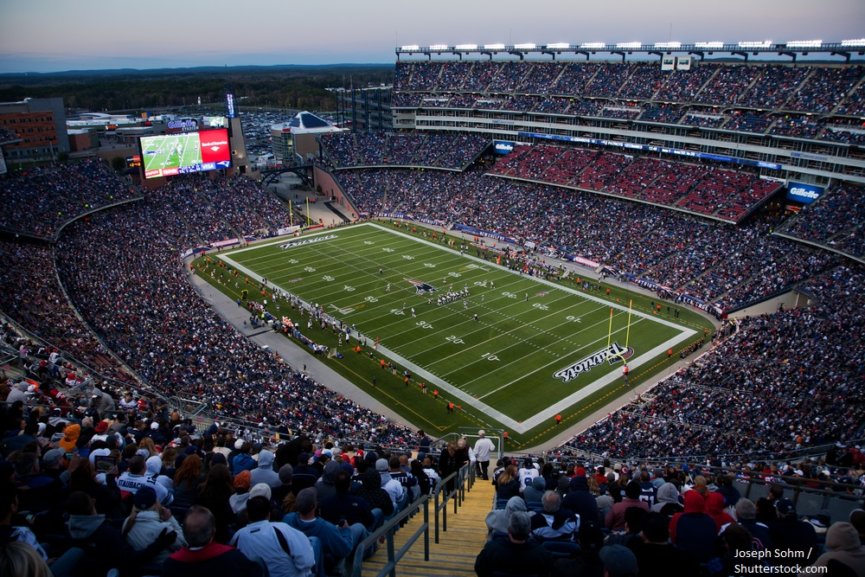 Longtime fans of the Los Angeles Rams and New England Patriots could be feeling a little nostalgic as Super Bowl LIII approaches. Why? Because this is not the first time these two franchises have faced off in the most important game of the season. But this isn’t just any old rematch.

No, this one is unique.

It was Super Bowl XXXVI in the Louisiana Superdome. The New England Patriots were led by an up and coming quarterback by the name of Tom Brady and second-year head coach Bill Belichick. They came into the season having gone 5-11 the season before. 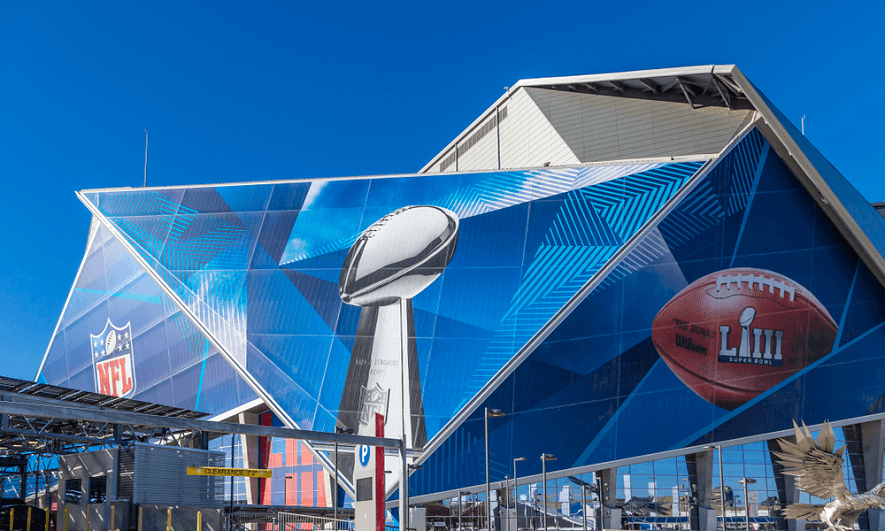 So—yeah, expectations were low. When starting quarterback Drew Bledsoe was lost for the season forcing them to start a sixth-round draft pick in his second season, they became even lower.

But for the then-St. Louis Rams, the story was much different. They had dominated the competition during the regular season going 14-2. They were the most exciting team in football—the “Greatest Show on Turf.”

Leading them was the league MVP, quarterback Kurt Warner. With him in the backfield was the previous season’s MVP, running back Marshall Faulk. They were seasoned. They were proven, and they were not supposed to be beaten.

Over on the other sideline is a team led by the youngest head coach in the game, Sean McVay. But at the tender age of 33 and just two years into his head coaching career, he has already become one of the best. Like the 2001 Patriots, McVay has an up and coming quarterback leading his offence, albeit one with a slightly better pedigree having been a No. 1 pick, Jared Goff.

But while the Rams are highly regarded, they are a young team that hasn’t played on the game’s biggest stage before.

So, just like back in Super Bowl XXXVI, we have a team that has established itself as one of the best in the business and another that is best described as young, talented and full of potential. But the roles are reversed.

Will the same be said about the outcome?

For the Patriots, going to the Super Bowl is just like going home. This will be their ninth trip during the Tom Brady/Bill Belichick era and third in a row. Should they win Sunday they will move into a tie with the Pittsburgh Steelers for most Super Bowl wins (six). 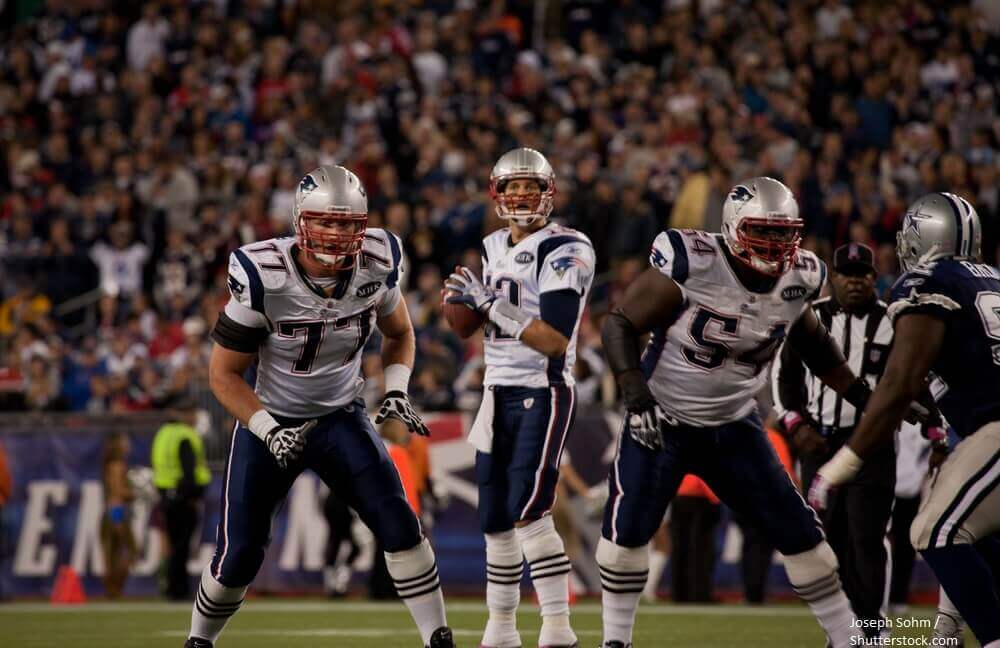 But do they have what it takes to defeat the Rams? If the way they have been playing during the postseason is any indication—yes. Yes, they do.

While many fans and experts were critical of them heading into the postseason since they limped through December (lost two games), they did what some expected them to do. The postseason version of the team showed. 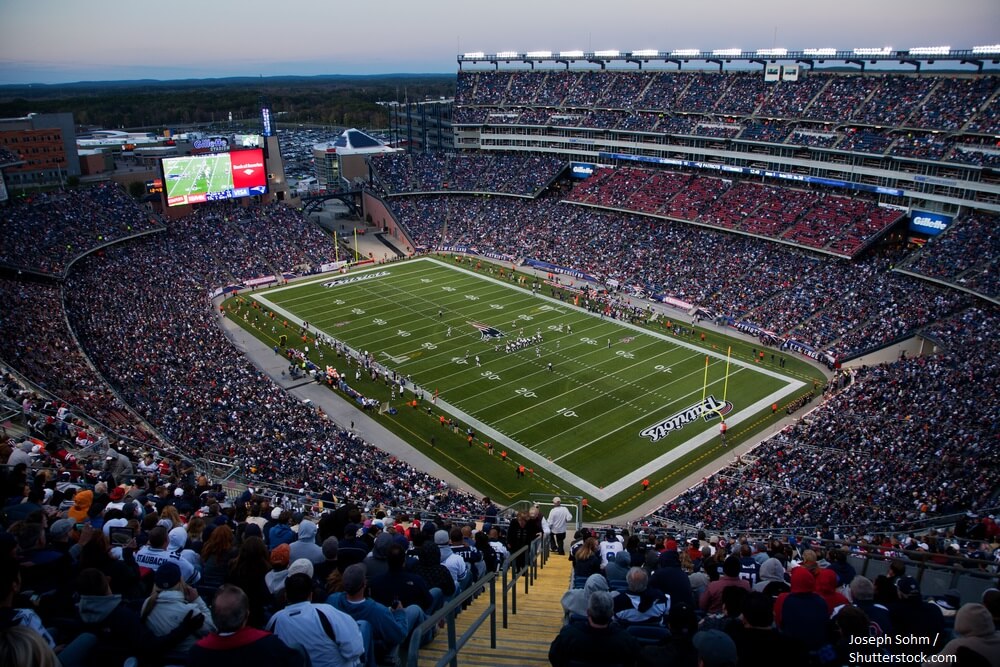 The defence dominated one of the best offences in the game in the divisional round, the Los Angles Chargers (until they let off the gas in the second half). On the other side of the ball, Tom Brady looked as sharp as ever with 343 yards and a touchdown.

Why just one touchdown? Because running back Sony Michel was too busy crashing over the goal line (24 carries for 129 yards and three touchdowns).

But while any team can step up for one game, doing so again and against a team like the Chiefs is a different story. At least, it should have been. But Bill Belichick showed once again why he is the best by devising the perfect game plan to defeat the Chiefs and their high-powered offence.

Run the ball, control the clock, and score some points. Patrick Mahomes can’t beat you if he isn’t on the field. An already suspect defence can’t stop you if they are too tired.

So, entering the Super Bowl, the Patriots will be clicking on all cylinders on offence and will be playing well enough on defence.

When the Los Angeles Rams hired the then-31-year old Sean McVay as their new head coach, they had high hopes the highly-regarded offensive coordinator could lead the team to Super Bowl glory. Little did they know that it would only take him two years to get the team there. 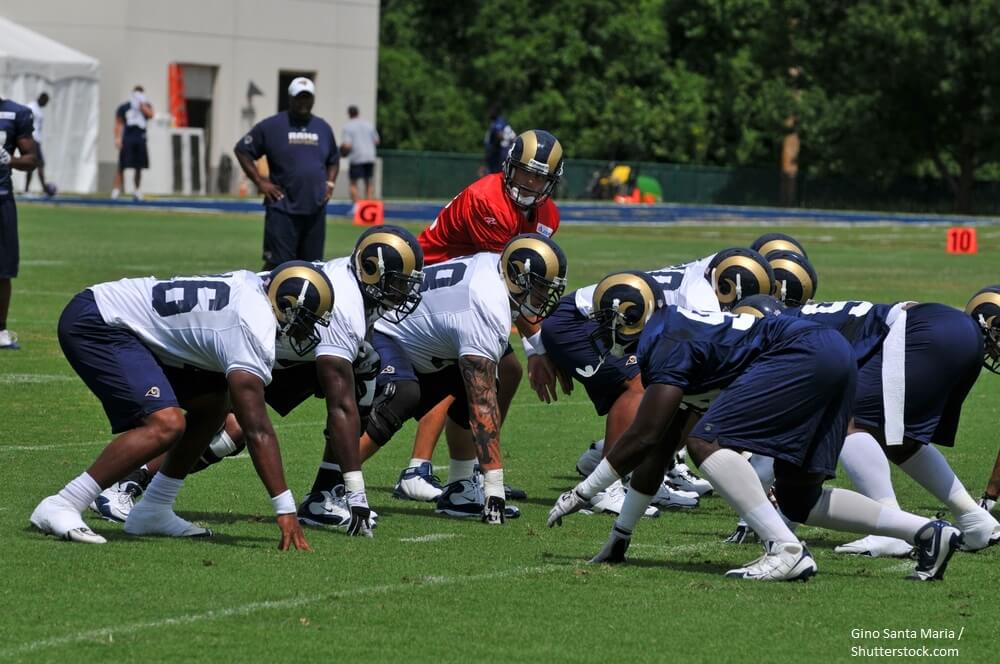 Their 13-3 record stands as proof that McVay and his team are pretty good at what they do. They continued to exhibit that prowess with a convincing win over the Dallas Cowboys where they ran for 273 yards against one of the top run defences in the country.

While their win over the Saints the following week is tainted, they did show that they can adapt and step their game up in the postseason. For the second week in a row, they held one of the better run games in the league to less than 50 yards.

But they do have one glaring question mark heading into Sunday’s game. What in the world is going on with Todd Gurley? It doesn’t make sense to keep him on the sideline like McVay did during a very close NFC Championship game. While McVay’s excuse after the game wasn’t very good, neither was Gurley (that he had played sorry).

He didn’t play enough to get into any sort of rhythm. So, is his knee still an issue? The team says no, and he says he is fine, but do we believe him?

It is hard to say, but fans will feel much better with him in the backfield then C.J. Anderson (despite how well Anderson has played). 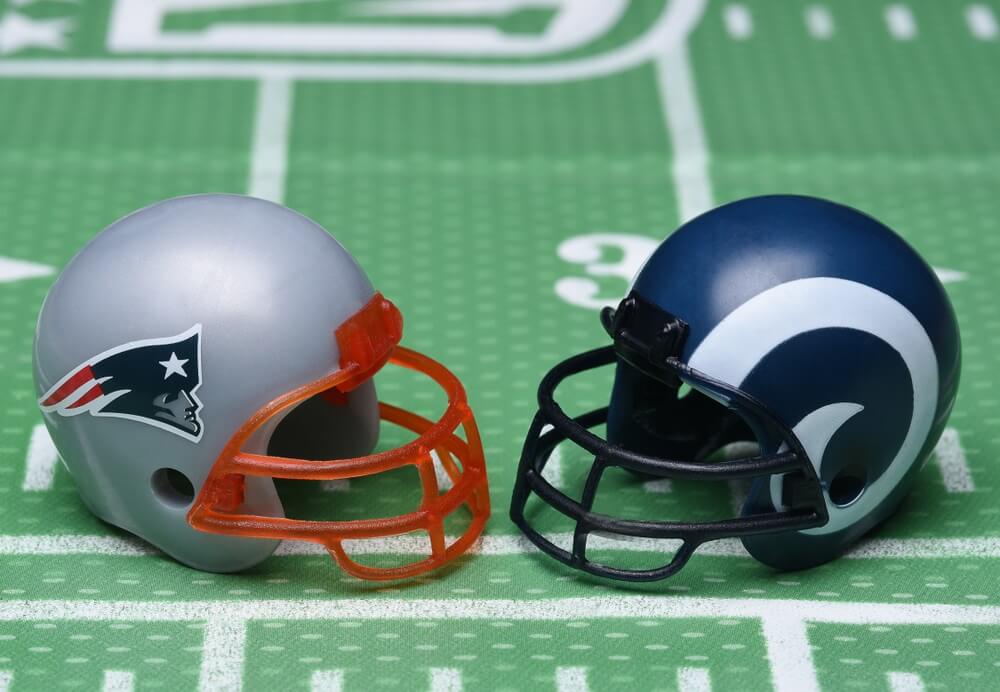 Of course, forcing the Rams to put the ball into Goff’s hands doesn’t guarantee a win. Goff had eight 300+ yard passing days this season and nine multi-passing touchdown days. While he misses Cooper Kupp, he still has Robert Woods, Brandin Cooks, and Josh Reynolds to throw to. Todd Gurley is half-bad as a receiver either.

Bill Belichick is no doubt aware of the LA Rams passing game which is why he will likely try to do what he did against the Chiefs — keep the Rams offence off the field. But it will not be too easy, though. The Rams defence has been tough against the run lately.

But Tom Brady is a master of the short passing game and has three fantastic weapons in Julian Edelman, Rob Gronkowski, and James White. So, while they may not be able to keep the Rams offence off the field as much as they would like, they will move the ball and put up some points.

This is going to be a very close game; one that could be decided by whoever has the ball last. Should that be the case, there is no one better to bet on than Tom Brady. No one knows how to come through in the clutch like he does.

The Rams opened as favorites, but the line quickly shifted over to the Patriots where it has stayed. But the picture painted by the odds on the game make it seem like the oddsmakers are expecting a close game with a lot of scoring:

Throughout Super Bowl history, the favored team has a 34-18 record, but underdogs have won six of the last seven. They have also won the last three times the spread has been three points or less.

So—which trend do you go with? Take the Patriots to win over the Rams, straight up and against the spread. As for the over/under, with these two offensive machines, the over is probably a pretty safe bet. If you want to make a little more cash on the side, go ahead and put some money down on Brady to win the MVP (+125).