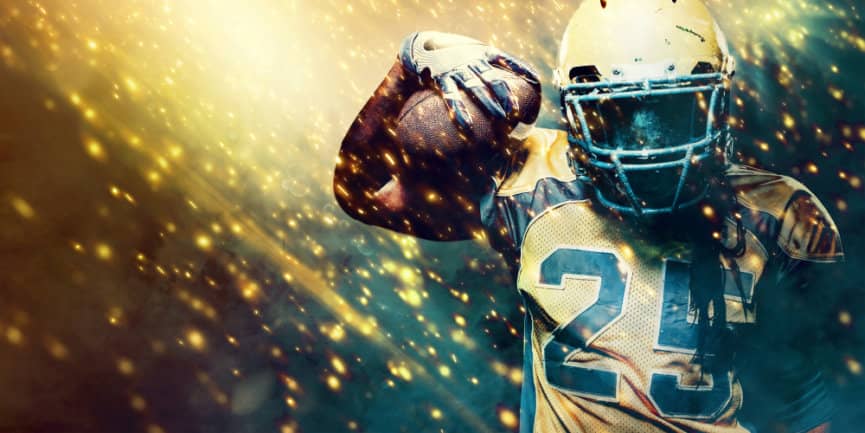 We now know that the Green Bay Packers will take on the LA Rams in the NFC Divisional Playoff, with the game to take place at Lambeau Field on Saturday January 16. The Rams were confirmed as the Packers opponents following the Chicago Bears’ defeat against No.2 seeded New Orleans Saints on Sunday. With the Rams being the lowest seed remaining in the NFC field, it will be a tough assignment for Sean McVay and his men, against the team which finished top of the NFC North standings. Ahead of the encounter, we will take a closer look at the two teams, before delivering out expert NFL betting tip.

The Green Bay Packers ended the regular season with a 13-3 record, with head coach Matt LaFleur having led the four-time Super Bowl winners to their 17th title. Meanwhile, the Rams secured their place thanks to a 30-20 win on the road at the Seattle Seahawks. Another win on the road for the 1999 Super Bowl champions would be a major shock however, with Green Bay being one of the favorites to go all the way this year.

The Packers have not been in action since their 35-16 win on the road against the Chicago Bears, meaning that they have had plenty of time to recover from what was a grueling regular season. LaFleur’s men have won their last six matches, a run which includes convincing victories over the Titans, Eagles and Bears. In fact, you have to look all the way back to November to find their last defeat, which came against the Indianapolis Colts.

The Rams went the regular season 10-6 to reach the playoffs, before showing their resolve in beating the Seahawks over the weekend. The Rams beat the Cardinals in their final regular season outing, having previously suffered back-to-back losses. Despite struggling in offence all season, the Rams ended the regular season with the best defensive record in the NFC West, along with a 4-4 record on the road.

The LA Rams are reportedly confident that Aaron Donald will feature against the Packers at the weekend, with the defensive lineman having injured his ribs in the win over the Seahawks. Meanwhile, it remains to be seen as to whether quarterback Jared Goff will once again have the stand in for John Wolford, who was taken to hospital on Sunday following a hit from Seahawks safety Jamal Adams. Having not been in action since the beginning of the year, the Packers will be at near-full strength on Sunday.

The two teams have met twice in the postseason previously, with both the Packers and Rams having one win to their name. Back in 1967, the Packers beat the Rams 28-7 at the Milwaukee County Stadium. Meanwhile, the Rams recorded their win in 2001, comfortably running out 45-17 victors. Meanwhile, the duo met in the regular season in 2018, with the Rams having won 29-27 at the Memorial Coliseum.

Given their performances during the regular season, it comes as no surprise that it is the Green Bay Packers who are the firm favorites to progress this weekend. The Packers are priced at best odds of 1.29 by bookmaker Betway, who offer the Rams odds of 3.7 to cause another upset. Elsewhere, NeoBet deliver odds of 1.73 for the Packers to win both halves.

Having taken all factors into consideration, our top tip for the NFL Playoff game between the Green Bay Packers and LA Rams is to bet on the Packers being the first team to score, a market that is available at appealing odds of 1.57 at NeoBet.