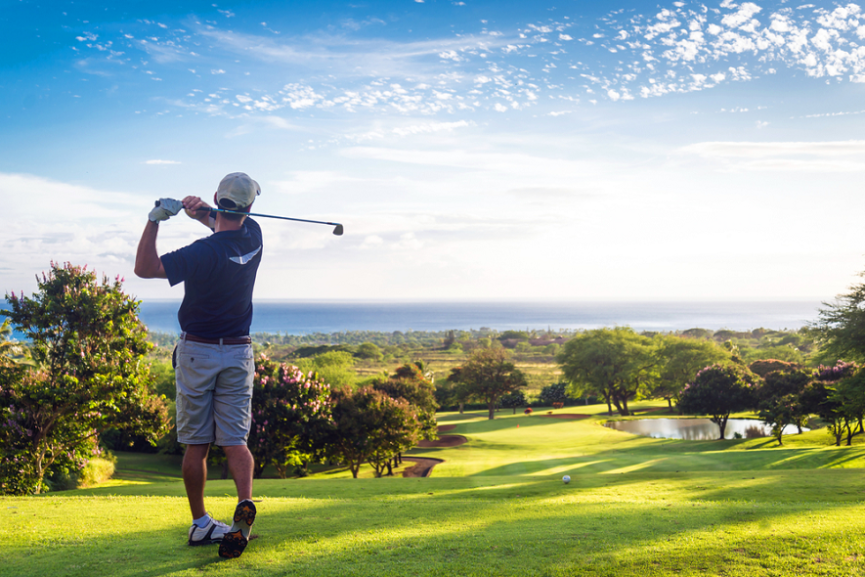 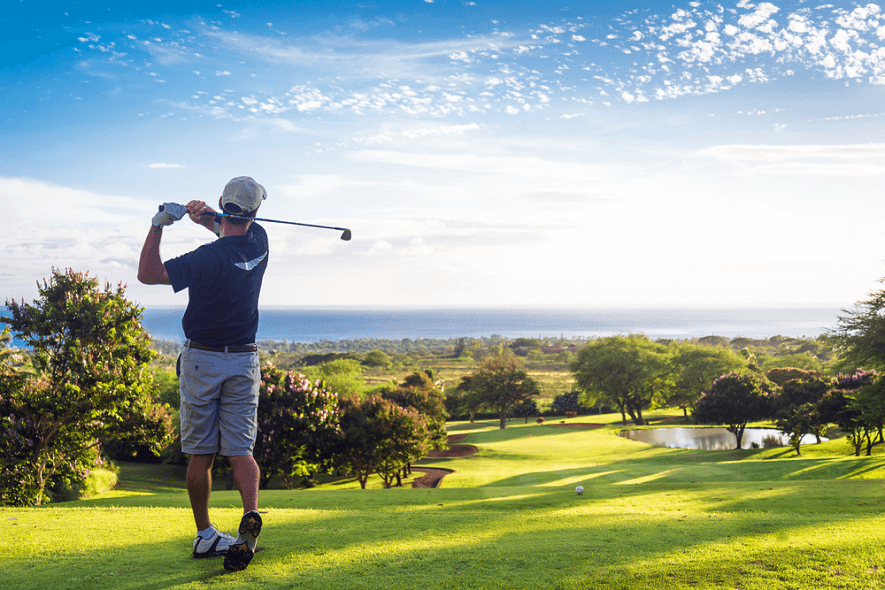 They say golf is a sport which brings one’s mind and body in perfect unity. It’s a sport with a therapeutic effect, allowing you to get rid of all negativity and stress. It’s played outdoors and it’s a great positive aspect of it to start with. Golf is also a highly popular professional sport which generates great popularity across the planet. If you’ve ever wondered how it’s played and how it came to be a hugely popular sport today, read through our ultimate beginner’s guide with all the specifics laid out for your convenience. Golf is a delicate game of skill, mental stability and composure which takes years to master but a read through this article is all that takes for a novice to get in love with this beautiful sport.

The origins of golf make for a rather debated subject with some historians claiming it goes all the way back to ancient China and Rome. The game of golf as it is known today, however, is traced back to the 15th-century Scotland.

The first written evidence of golf comes from 1457 when James II described golf as an unwelcome distraction to archery and military training before going on to ban it in the Parliament. It was in 1520 that golf had the ban lifted and was allowed to continue its progress. The sport would slowly go on to conquer the planet but it wasn’t until 1888 that golf came to the North American continent, thanks to a pair of Scotsmen from Dunfermline who set up a hole in an orchard for demonstration purposes. It did not take too long for golf to kick it off in the Americas, though, with the first-ever US golf club being set up in New York the same year.

Being the birth country of golf, Scotland boasts the oldest and most prestigious golf club in the world – The Royal and Ancient Golf Club of St Andrews – widely perceived as the ‘home of golf’. It used to be one of the governing authorities of the sport. 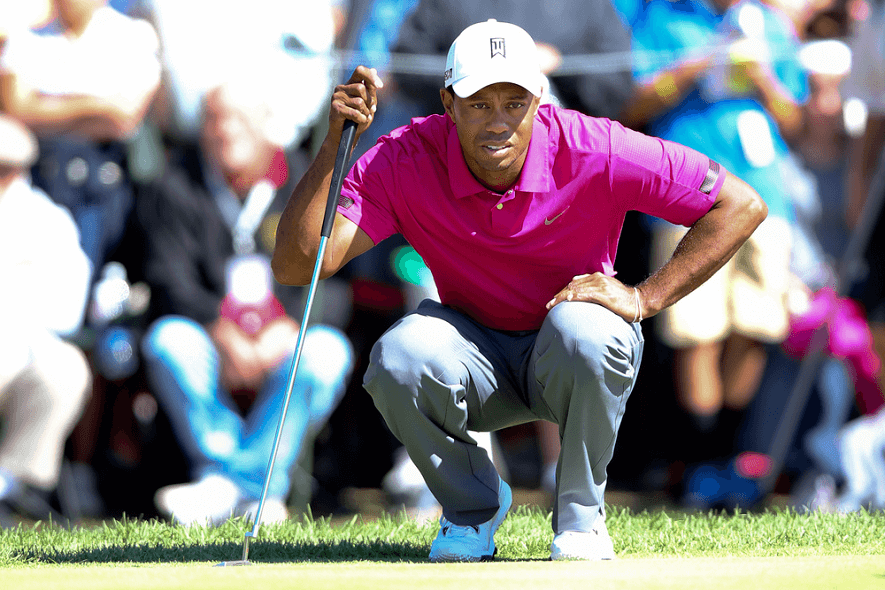 The United States Golf Association (USGA) is one of the most respected and valued golf organizations in the world, which is – together with the Royal and Ancient Golf Club of St Andrews – the authority responsible for producing and interpreting the rules of golf.

When it comes to Canada, the organization called Golf Canada (formerly referred to as the Royal Canadian Golf Association) is the crown organization in charge of professional golf in Canada. First formed in 1895 at the Royal Ottawa Golf Club, this organization reached the professional level in 1916 when the first standing committee was introduced.

Golf structure is so wide and diverse that it would take more than one article to go through the organizational details of the professional landscape. Further below in this paragraph, we will be focusing on a small group of elite players referred to as Tournament Pros who are athletes competing for full-time on international tours. 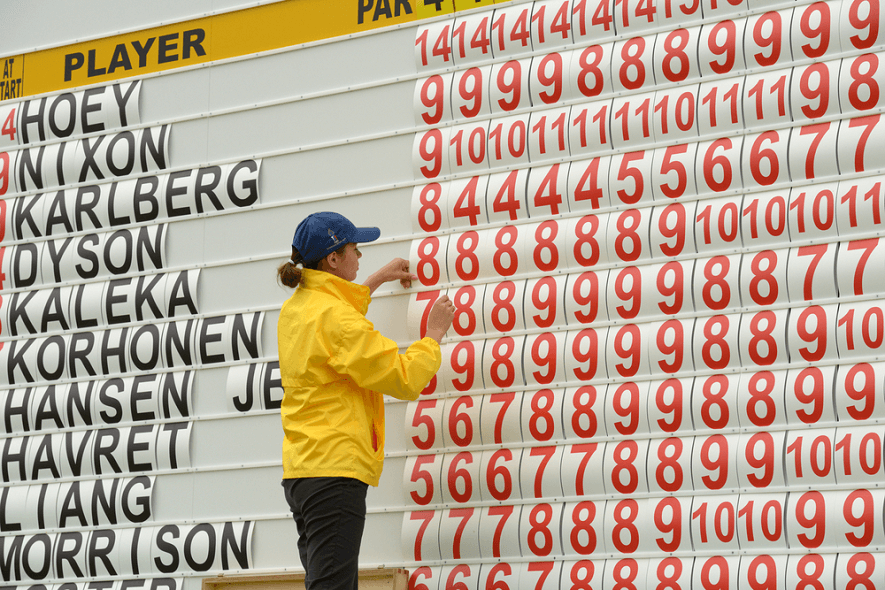 Leaderboard during final round of the M2M Russian Open – StockphotoVideo / Shutterstock.com

Pro tournaments are run by the Professional Golfers Association (PGA). There are more than twenty of them in a calendar year whereas the largest tours have a tournament almost every week. The PGA Tour is being considered the most lucrative one, with. It involves a series of tournaments played in the United States and Canada. PGA Tour Canada is a branch headquartered in Ontario.

Despite its widespread reputation in the world of golf, the PGA does not run the most notable tournaments in professional golf, however. The four major championships – The Masters Tournament, The PGA Championship, The U.S. Open and The Open Championship – are all run by the PGA of America.

The men’s major golf championships are the most prestigious tournaments in golf spread throughout a year, beginning with Masters Tournament held in April. The PGA Championship is scheduled for May, whereas the U.S. Open starts on Father’s Day in June. Finally, The Open Championship is played in July on a link course at one of ten locations in the United Kingdom.

The Majors are golf’s most important events, widely considered to be four marquee tournaments alongside the biennial Ryder Cup and Presidents Cup.

Rules and How It’s Played

Golf should be a rather simple game to understand and learn. You have a club – or a set of clubs to be most precise – a ball and a hole to put the ball into. Easy, right? Well, not exactly. Golf is a delicate game which involves plenty of skill in addition to strategic knowledge and expertise.

A golf course involves nine holes or 18, which is the number used in major tournaments. Golf courses are covered in grass but each of the 18 holes comes with a different challenge. So with this many holes, it’s a general idea to go over the entire course in the fewest strokes possible. A player is allowed up to 14 clubs in their bag, each of which will be used for different types of shots. Woods, Irons and Putters are the three main types of clubs, although there are other such as hybrids. Balls are covered in pockmarks to fly faster and are put on a tee, which is a small pin used to hit the ball at the start of every hole. 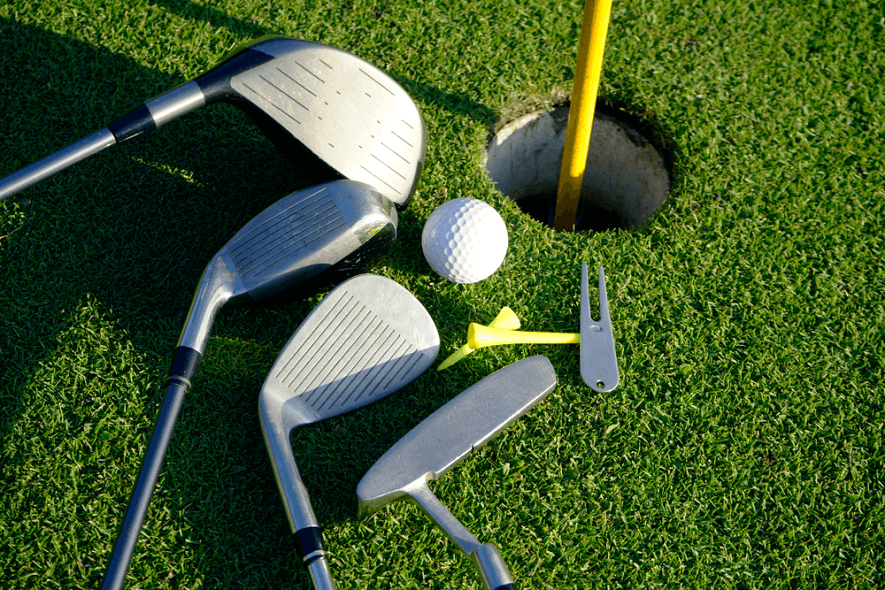 Golf is a gentleman’s game and it comes with quite a lot of official and unofficial rules. The official ones determine the game while the unofficial ones make it what it is from the eye of the spectator. It’s important to remember that under no circumstances should you talk during someone’s backswing or comment while the game is in session. Phones are a big no-no as well, together with cameras or any other distractions to players. The most important rule for any fan, spectator or viewer is to never, ever touch the ball.

On the outside view of things, golf might strike you as a simple – and some would dare say dull – game. Such a notion could not be further away from the truth however and the very fact golf has been around for centuries speak volumes of its wide appeal. This sport involves a small ball and a long club which by the simplest laws of physics makes it ever so complicated to direct it into the hole. Mastering the skill of golf can be a lifetime’s effort so you better start early.