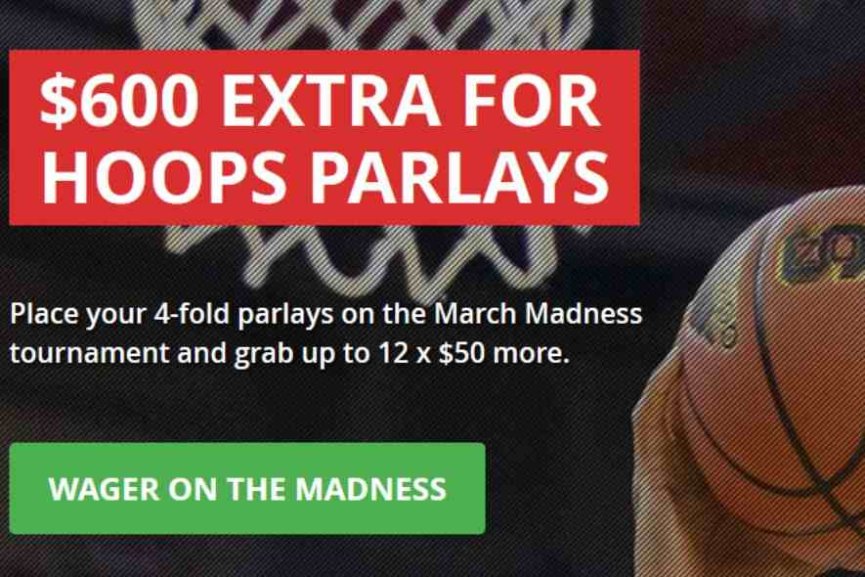 March has become a favourite month for the fans of college basketball, as the NCAA Division I men’s basketball tournament, brings 68 best basketball teams from the top-tier of the National Collegiate Athletic Association.

Known and branded as March Madness”, this single-elimination tournament will also decide the winner of the national championship. The tournament, which is mostly played during March is one of the most famous yearly sporting events in the United States.

Basketball fans in Canada can now take advantage of this amazing new promotion available at Intertops!

Customers can place their 4-fold parlays on the March Madness tournament and grab up to 12 x $50 more! If you want to find out more about this Intertops offer, then it’s time to take a closer look at what it brings. 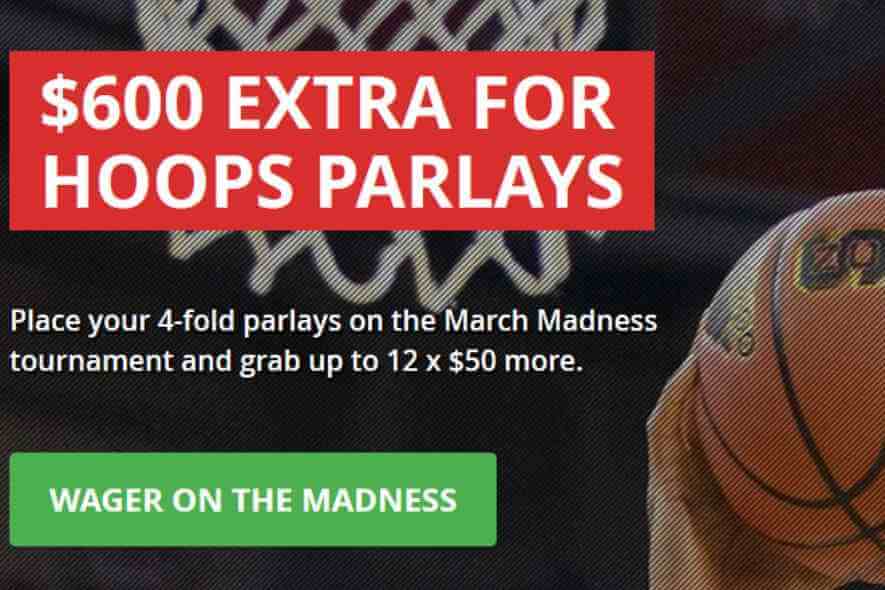 Get $600 Extra for Hoops Parlays at Intertops

It’s quite easy to make the most out of this offer. Players will just need to place their four-fold parlays on any of the March Madness duels, and they can enjoy up to 12 x $50 in additional winnings from Intertops, with no rollover requirements whatsoever provided their wagers are winners.

Customers placing a winning four-fold parlay will have $50 extra credited to their Intertops account on the day after the wager has been won (Monday to Friday only). Up to a total of twelve winning parlays will be boosted during the March Madness tournament.

Be aware that winning four-fold parlays needs to include only Game Spread options for four games of the NCAA Division I men’s basketball tournament (aka March Madness) starting on March 19, 2019, to qualify.

Live bets and round-robin/system bets/teasers do not participate in this offer. The minimum parlay-stake for a bet to be deemed eligible for this promotion is $15 and the minimum valid odds are +1100/12.0.

If one of the options ends in a ‘push’ (a refund), then only the total odds of the winning options in the parlay will count for this promotion. All bets consisting of identical options will only count once towards this promotion. An important notice for all Canadian customers whose accounts are in Canadian dollars will receive a boost worth 50 CND, while a total of maximum twelve $50 boosts per customer will be credited!

All in all, this is an offer you wouldn’t want to miss, so be sure to make the most out of it. It’s waiting for you at Intertops!