Fantasy sports have been the talk of betting town for a while now. It started off as a niche but is growing to be one of the biggest and most profitable wagering categories. Let us get some more insight about this industry and what goes into making the right bets here.

What are Fantasy Sports?

Fantasy sports are also known as rotisserie or roto in short. This is a genre of the online gaming trend where the players divide themselves into imaginary or virtual teams of real-life players. It has gained popularity among the masses, especially the youth, for bringing their dreams on screen and turning it into virtual reality. Every match of a fantasy sport relies on the real-world counterpart of that match to reach a believable conclusion. This is essentially a make-believe platform for casual gamers and die-hard lovers of a particular sport. They can play as their favorite player on their device screen playing the signature shots. The calculations based on statistics to reach the result of a match can be either simple or complex. The simple ones are manually calculated by a league commissioner who manages everything from the points of each team to the league results. The complex calculations are carried out by a computer to make the outcome as realistic as possible.

How To Bet On The Fantasy Sports?

Tournaments in fantasy sports are very different from regular sports. They happen to be one or a combination of the following categories:

A private fantasy sports tournament typically involves close acquaintances of one or more players. This goes more like a friends’ hangout than an officially organized match. Anyone cannot enter such a match or tournament unless they have been invited by the hosts. Private fantasy sports don’t usually result in a huge payout. So if winning big amounts is your goal, you can skip the private leagues.

In open matches, the fantasy sports gamers have the freedom to choose which real-life player they want to be. So contrasts often arise regarding who will book which player character. For instance, once a gamer has booked Cristiano Ronaldo, no one else can be Ronaldo in that open match. The number of players for each category is decided beforehand. For example, if there was an open fantasy football league game, it could have 1 defense, 1 quarterback, 2 running backs and 3 wide receivers. Such numbers cannot be changed in an open match and players get recruited following this format. Each participant needs to compete with every single other participant and the one with highest scores ends up winning.

This is similar to the open format in a way. Here, once a player gets selected to be on one team, no other team can bid for that player. Each selected player character is excluded from the selection pool. This creates many exciting combinations of players among teams and the gamers feel hyped to land their favorite character successfully.

A fantasy sport following the league format can go on for days. It typically lasts for the whole duration of a season. Wins are decided based on who defeated their opponent each week.

As the name implies, daily fantasy sports last for a day. This can be a standalone match or part of a week-long tournament. The most fun part of daily fantasy sports is that the winners are rewarded as soon as the game ends. So this is much more efficient than the league format.

The competitions of fantasy sports are held in either of the two major types – cash games and tournaments. Here are brief descriptions of each:

These games are also known as head-to-head or 50/50 competitions. They are called cash games because one team can win double their buy-in leaving the other team with no rewards. Let’s go through an example to understand better. A cash games league has 500 players who entered it through a buy-in of $10. If a player ends up in the top 250, he gets double that amount ($20). So the ones who finish in bottom 250 don’t get any reward.

The tournaments, on the other hand, have a guarantee of rewards. Every participant has to fight against all the other players simultaneously to secure top positions. As a result, every gamer tries to do their best and puts maximum effort to earn one of the biggest rewards. These rewards are given according to the percentages fixed by the organizers. Typically, if one finishes within the top 15%, you get the allotted rewards. The higher his position is, the better or bigger is the prize. Since fantasy sports matches have such formats, a sportsbook typically requires the participant slots to get filled up before officially starting the tournament or game. Such a platform does not cap the game’s prize pool. It only provides the guarantee that each player will get a certain payout no matter what position they end up at.

There is no limitation to what a fantasy sports match can be based on. Since it is based on real-life sports, you will observe most of the tournaments and matches centered around markets which are already popular. 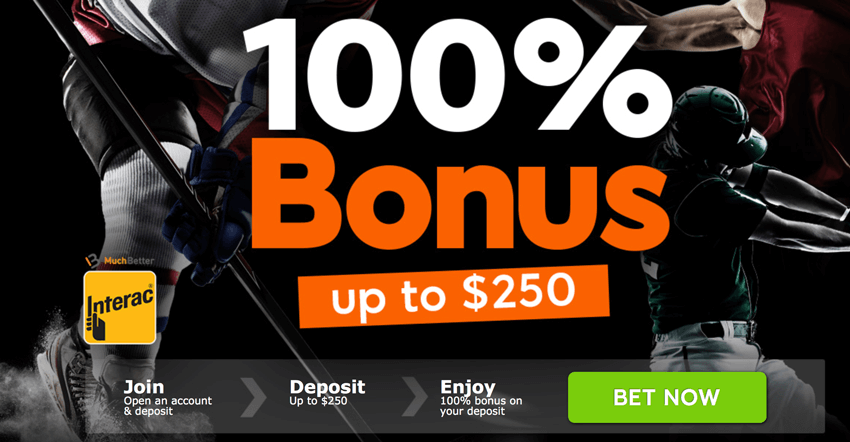 Soccer is the number one market in the fantasy sports world. It has a remarkable number of interested gamers because of star players like Cristiano Ronaldo, Lionel Messi and Neymar Jr. ESPN Fantasy Soccer and Fantasy Premier League have taken the hype forward by running successful global competitions based on fantasy sports.

Following soccer, another popular game basketball is also a favorite among the fantasy sports players. The fame of real-life league tournaments like NBA has been inspiring more gamers to take a shot at this fantasy version. NBA itself also has a fantasy edition of their games. The other big shots in this market belong to Yahoo Sports and ESPN Fantasy Basketball.

We all know how much Canadians and Americans have loved baseball for years. As a game, it seems a lot simpler than other popular sports. However, long years of tradition and leagues like MLB have still upheld its elite status. Similar to basketball, Yahoo Sports and ESPN own big shares of this market as well.

The two popular racing sports – horse racing and motor racing also have their fantasy version. Even the prestigious newspaper of the Great Britain Telegraph has jumped into this exciting venture by organizing Fantasy Racing on the Royal Ascot Festival. Other big names in fantasy racing sports include NASCAR and Pick Six Fantasy Racing.

The boxing fans reading this, don’t feel left out! There are fantasy editions of MMA and other boxing leagues for you to bet on. The fantasy boxing matches of EA Sports are hugely popular among fans.

Among the other popular fantasy sports markets, there are golf, hockey and tennis. All of them have a decent amount of coverage in the betting market. As the real version of these sports manages to gather much attention from the spectators. Their fantasy edition also manages to bring in the big bucks.

Let your sportsbook guide you to the most profitable bets through odds. Like most other betting events, the odds of fantasy sports also come with signs. If the odds of a team begin with a minus sign (like -7.5), then they are the favorite of that match. Otherwise, the team having plus or no sign in front of their odds (like +7.5 or 7.5) is the underdog. Depending on which sports category you are getting into, these odds may or may not work in your favor. Some sports are more unpredictable than others. For example, no one knows how the pitchers will perform on a baseball match but the possible outcome of an all-star soccer league is much easier to predict. A good sportsbook will let you see these odds in any of the three formats – decimal, fractions and money line (also called American). One thing to keep in mind – following these odds surely raises your chances of winning but does not guarantee it.

Since fantasy sports are a collection of many different sports, the major events in this arena also exhibit high diversity. For example, the ESPN Fantasy Sports manages to combine the four hottest fantasy sports markets – soccer, basketball, baseball and hockey – on the same platform! As for another popular betting sports horse racing, the Huffington Post arranges Royal Ascot Festival on a regular basis for the bettors to place stakes on the best riders.

As of January 2019, the following three platforms are the most sought-after sites for fantasy sports bettors:

This is a company built in Boston which aims exclusively at fantasy sports. They hold daily fantasy matchups every single day. These daily matches can be of any sports category and thus keeps the bettors wondering when the next match might be. You can find the fantasy version of NBA, NFL, MLB and NCAA here.

FanDuel is the biggest competitor of DraftKings. It has been in the betting business since 2009. Based in New York, this platform offers you two kinds of betting participation – you can join an ongoing competition or create a new competition with your own rules. The buy-ins here can be within $1 and $200.

StarsDraft developed by Amaya Gaming is another home to daily fantasy sports. It is one of the youngest members in the betting business but has built an enviable reputation already. The most attractive aspect of StarsDraft is the Victron function. Since programmers were behind this platform, it can easily make its way for newer software and fine tune statistics to pick the best players. 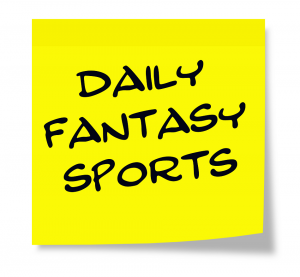 Before you start your betting journey in the world of fantasy sports, know some secret of the trade from us:

There will be many options for you in terms of choosing the player to bet on. You may wonder – so why not bet on the best ones anyway? Well, the reason is that there might be a salary cap for every bettor like you. As a result, you need to be very careful of who you are placing your stakes on. Instead of looking at their cost, focus on their inherent value (that is, how many points they can earn).

No matter what you bet on, you always need to set some limits for yourself. Never spend more than this limit in any situation. It is very easy to get carried away with the adrenaline rush of betting, but you must hold yourself back and think systematically.

Why are the scoring methods so different for each fantasy sport?

There is no official standard for determining scores on a fantasy sports match or tournament. As a result, the scoring methods vary extremely depending on the organizers, platform, sports type, participants etc.

Why do people favor fantasy sports over real sports?

These games bring the fantasy of many hard-core sports fans into reality. Any ordinary person can feel the grandeur of being a star athlete through a virtual setup and help his or her team land a victory. Such make-believe approach is the main reason behind the huge reach of the fantasy sports market.

How big is the fantasy sports industry?

Since the internet has become our primary source of entertainment, the fantasy sports industry has reached new heights every year. Combining the USA and Canada, this industry is currently worth over $7 billion a year and has built a user-base of 59 million players from North American continent alone.

If imagination, simulation and risk attract you, betting on fantasy sports would be right up your alley. Try to begin your betting journey here in a humble way by placing smaller stakes. Then make your way up by learning from every lesson throughout the journey.