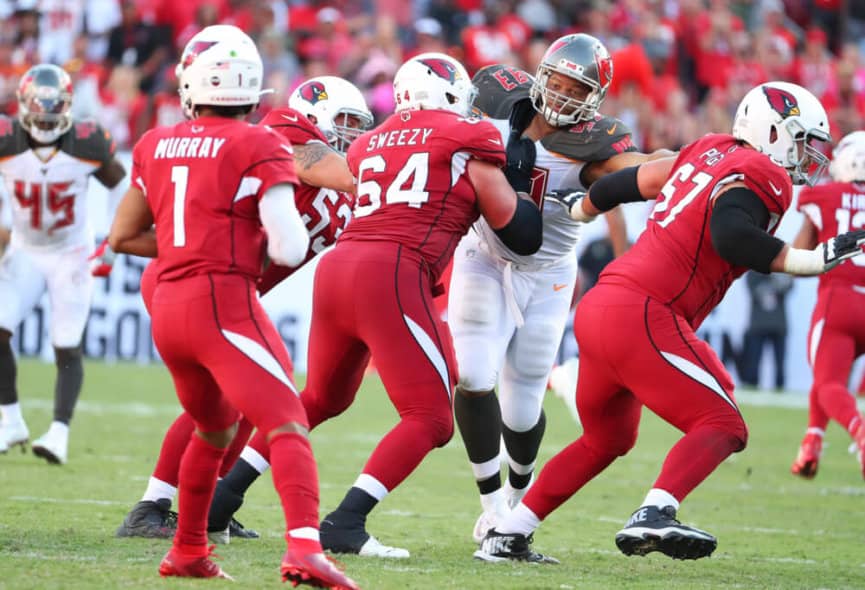 OK, we know that a lion would absolutely demolish a cardinal in a real-life fight to the death. But we’re not talking about real-life here. We’re talking about NFL football!! The alternate reality that features questionable calls, dropped game-winning touchdown passes, and all sorts of other shenanigans like missed chip-shot field goals and muffed punts that leave your head spinning like a tightly wound spiral. 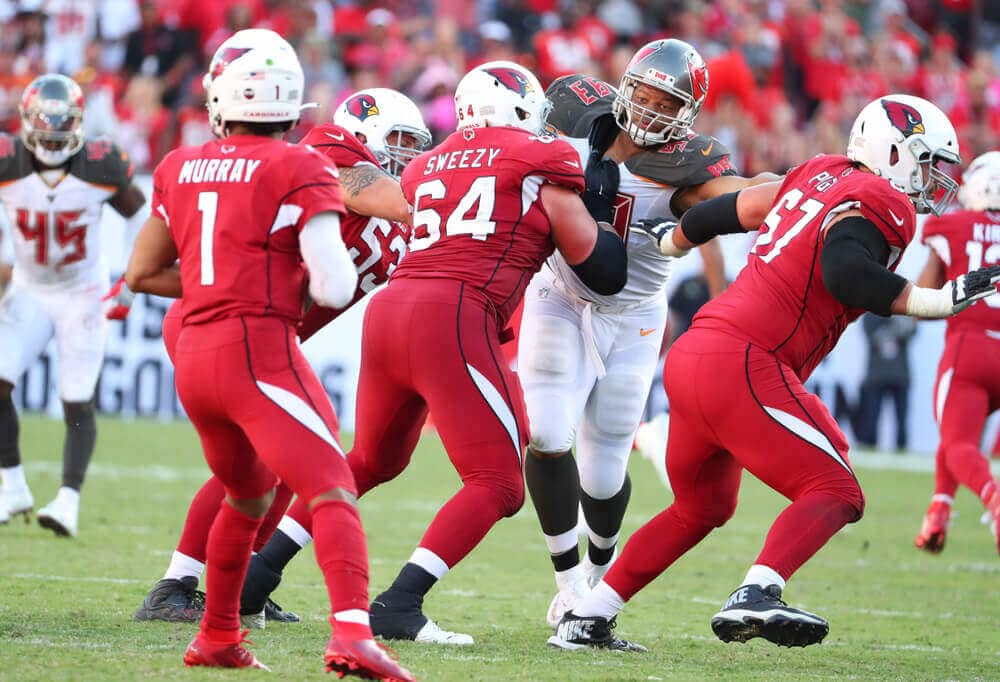 Despite all of this flim-flammery, many NFL fans are hell-bent on risking their hard-earned money on the outcomes of these events. Week 3’s matchup between the Arizona Cardinals and the Detroit Lions will surely generate plenty of betting action and you want to be on the right side. So, what’s the play?

Well, a total of 53 points would seem to indicate that oddsmakers expect at least one team to score points. Would it be the Lions who have so far scored 44 points while giving up 69? Or would it be the Cardinals who have put up 54 points while allowing just 35 points in their two victories? Maybe this indicates a strong spread bet? Let’s take a closer look.

If you know the Detroit Lions, you know they are a powerhouse. Well, at least they were for a really brief period in the mid-1950s under Buddy Parker. Since then, the Lions have been one of the most cursed teams in all of the professional sports. Seriously? One playoff win since 1958? Watching this team is like watching old reruns of the Reichstag burning.

Unlike Cleveland, the Lions don’t even bother trying to fool their fans into thinking the team has a chance to contend. Instead, ownership seems content with being one of the league’s longest-running jokes. Oh well, the faders are happy and paper bags are selling like hotcakes in the Motor City.

In our first installment of the 2020 Lions season, we saw Detroit take a 23-6 lead into the fourth quarter against the Bears. You probably know what happened next. This team made an embattled Mitch Trubisky look like the second coming of Joe Montana. To top it off, D’Andre Swift dropped a would-be game-winning touchdown strike with just 11 seconds left in the game.

Week 2 started out nicely as our protagonists took a 14-3 lead into the second quarter against the Packers. They proceeded to give up 31 straight unanswered points and ended up getting donkey punched to the tune of 42-21. Call it a curse, bad luck, karma, or just Detroit Lions football. Any way you slice it, this team blows chunks!

The Lions are simply not ready for prime time. While their offense has its moments, it’s the defense that has been a constant source of embarrassment for this franchise over the past few years. This year doesn’t appear to have brought any new promise. The Lions have now gone 1-14 SU and 4-11 ATS in their last 15 games. That includes their current run of 0-11 SU and 2-9 ATS. These guys can’t even come through when the oddmakers make the mistake of making them favorites.

While it’s been a rare occurrence in recent years, Detroit is 1-2-1 SU and 0-4 ATS in their last four games as a favorite going back to the start of last season. It’s much sadder when they are an underdog as they will be when they visit Arizona on Sunday. The Lions don’t even justify the price of the wood and nails needed for a proper Roman-style crucifixion.

The Arizona Cardinals are a vastly improved team this year. They like to give their fans the impression that they can relive the glory of the 1947 Chicago Cardinals which was the last ever Cardinals team to experience success on a championship scale. Sadly, they haven’t been able to repeat that unmemorable run ever since.

However, they occasionally have a promising year like 2008 or 2015, and this looks like one of them. They opened the season with a come from behind victory over the defending NFC champs and then proceeded to smack an inferior Washington Football Team right in the mouth in Week 2.

Kyler Murray might not have come close to reaching his potential, but having receivers like DeAndre Hopkins and future Hall of Famer Larry Fitzgerald will help him get there a lot faster. Especially at home against a team like Detroit.

Oh, sure, they may only be in the middle of the pack in terms of passing after two weeks, but playing in a close game or with a lead will do that. This team has the ways and means to turn up the offensive heat on demand. Did we mention they’re playing the Lions?

The great thing about Arizona is that they now have a very balanced and effective attack. They certainly don’t miss David Johnson. Kenyan Drake has a very good offensive line that creates space while quarterback Kyler Murray has shown that he can also turn a broken play into a bunch of positive rushing yards. That will come in handy against a Lions team that has given up 6.5 yards per carry so far this year. For those unfamiliar with football, giving up 6.5 yards per run is nothing to smile about.

Who Wins and Who Covers?

This matchup doesn’t happen too often. But when it does, and the Cardinals are favored, the Cardinals often prevail. Since 1989, the Cards have hosted the lowly Lions as favorites just 8 times. Arizona is 6-2 SU and ATS in those games. As either a dog or a fave, Arizona is 7-2-1 SU and 7-3 ATS in their last 10 meetings overall.

Look, the Lions are the Lions. Even with head coach Matt Patricia. They are destined to miss key field goals, drop more game-winning touchdown passes, take untimely penalties, and fumble their way to another forgettable campaign. Just watch this Week 3 matchup to see for yourself. Don’t fight it. Cardinals win handily 31-17 and beat the spread. The Detroit tire fire burns on!