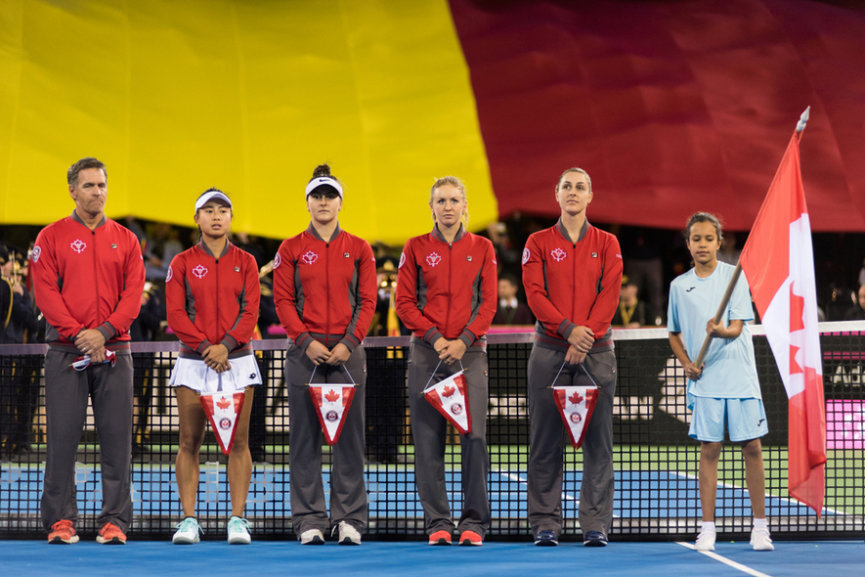 The Canadian Fed Cup team will play against the Czech Republic in a World Group playoff match, scheduled to take place on April 20-21. The tie in the Czech Republic will be a difficult one for the Canadian girls, as they have never won a Fed Cup game against their Czech counterparts, with 6 losses on their count, 5 on the hard surface and 1 on clay.

The last match Canada and the Czech Republic played was back in 2015, when the Czechs recorded a comfortable 4-0 win in the World Group 1st Round tie. This was also the last match that Canada played at the top level of the competition. 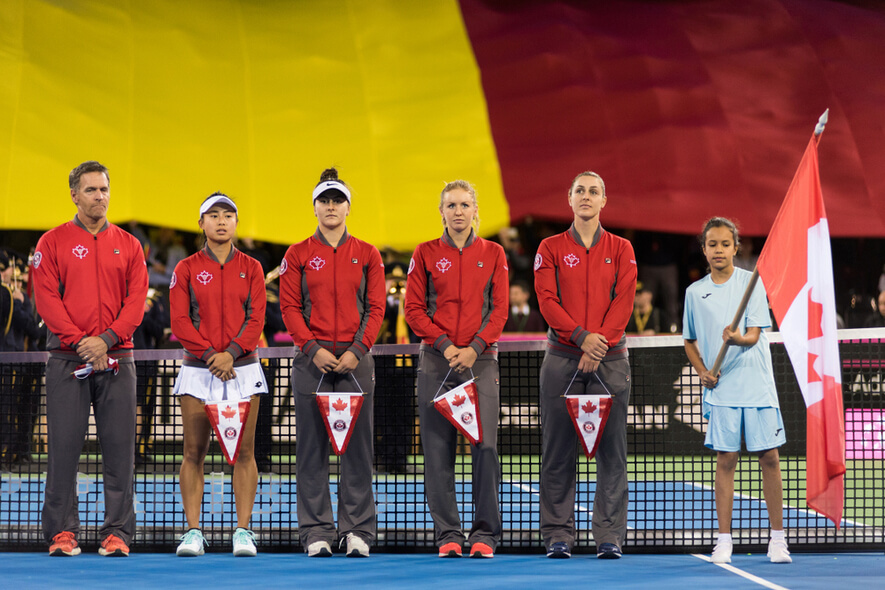 The National Tennis Team of Canada entering the playground at the opening ceremony of Fed Cup World Group Play-Offs against Romania – salajean / Shutterstock.com

A lot is at stake, as the winner of this tie with the winner going through to the World Group.

Great Performance Against the Netherlands

Canada showed impressive performance in their last week’s match against the Netherlands in ‘s-Hertogenbosch , winning 4-0. The win against the Dutch girls was Canada’s seventh win in past 8 Fed Cup matches.

Canada is coming off a 4-0 road win over the Netherlands last weekend. It was Canada’s seventh win in its past eight Fed Cup ties. The team suffered its last defeat at the hands of Romania last February, losing 3-1 in Cluj-Napoca.

Bianca Andreescu won two matches for Canada in the Netherlands – 6-4, 6-1 against Hogenkamp, and 6-4, 6-2 against Arantxa Rus. The 18-year old teenager from Mississauga, Ontario will give its best to take Canada back to the top-tier of the premier international team competition in women’s tennis. Another player that Czechs will need to look out for is Eugenie Bouchard of Westmount, Quebec, ranked No. 80 in the world.

A Tough Job for the Canadian Girls

The Czech Republic won the competition last year but didn’t start the year in the right manner, losing the Fed Cup World Group Quarterfinals against Romania 3-2. This defeat sent the Czechs to their first playoffs in more than a decade, and that’s why they’ll be the top-seeded team in this event.

The Czechs have four players among the top 50 of the WTA singles ranking – No. 2 Petra Kvitova and No. 5 Karolina Pliskova. However, Kvitova didn’t play against Romania earlier this month, while Pliskova won one and lost one match in Ostrava.

In other World Group playoff ties, the United States will play against Switzerland at home, Germany will travel to Latvia, while Belgium will host Spain.

The winners of the World Group playoff ties will secure their place in the 2020 World Group.