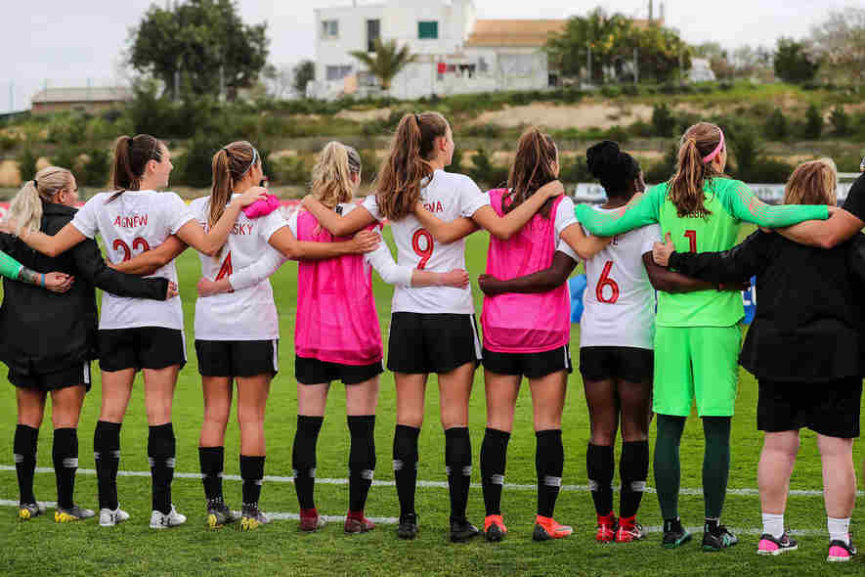 Canada had the initiative, but only managed to draw 0-0 with Iceland at Estadio Municipal da Bela Vista on Wednesday. The first match of the Algarve Cup tournament was dominated by the Canadian women’s national soccer team, ranked fifth in the world, but the squad managed by Kenneth Heiner-Moller failed to score.

Iceland goalkeeper Sandra Sigurdardtottir made a couple of crucial saves, and although the Icelandic women had a few counter-attacks, they never posed a serious threat to Canada’s goal.

The statistics say it all: Canada had 61 percent possession, with 16 shots on goal, 5 of which were on target. Iceland had only 2 shots on target, 4 in total.

Commenting on the game, Heiner-Moller said he had seen a very dominant performance in every aspect, despite the fact the match ended in a draw. He pointed out the team needed to be able to convert their chances to goals. 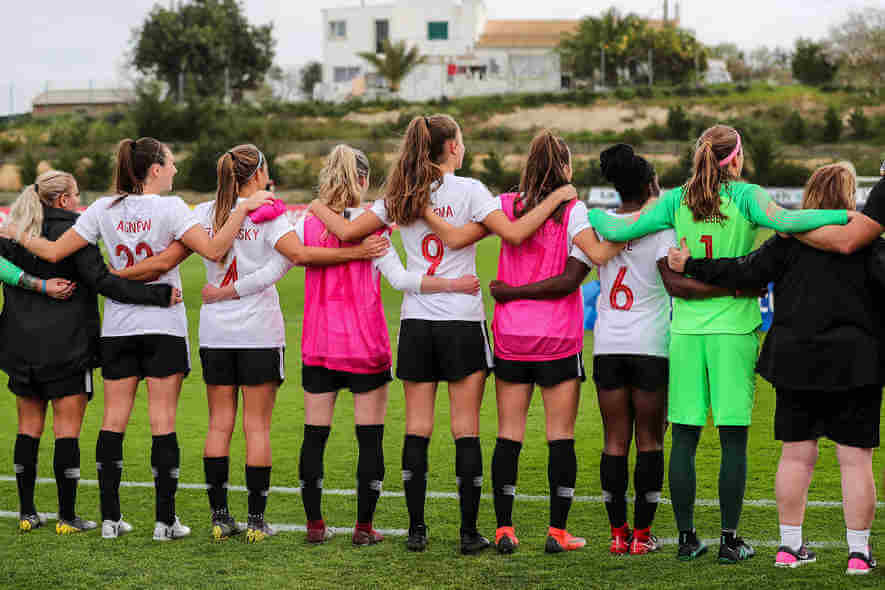 Jordyn Huitema (No. 9 in middle) and her Canadian teammates at Wednesday’s Algarve Cup opener versus Iceland. – Canada Soccer Photo

The team was lead by captain Christine Sinclair, along with Diana Matheson, Sophie Schmidt, and Desiree Scott, with these four players having nearly 800 caps between them. Kailen Sheridan, who plays for Sky Blue FC in the National Women’s Soccer League, made her seventh appearance for the national team.

Canada could have scored in the 3rd minute of the game, but Matheson’s shot was saved by Sigurdardtottir. Only three minutes later Beckie was in a goalscoring chance, but the result didn’t change. Beckie had another chance of scoring a goal, in the 17th minute, and again in the 24th. Iceland made the first threat 29 minutes into the game when Gunnhildur Yrsa Jonsdottir’s shot went wide.

Only 6 minutes in the second half, Sigurdardtottir made another save, stopping Sinclair’s shot. 10 minutes later, Matheson’s attempt was once again denied by Sigurdardtottir, while the last chance to see the score change happened in the 82nd minute, but Jordyn Huitema’s shot was once again stopped by the Icelandic goalie.

Other teams to take part in the Algarve Cup are the Netherlands, Sweden, Spain, Norway, China, Scotland, Denmark, Switzerland, Portugal, and Poland.

Canada won this tournament in 2016 and was runner-up in 2017, while last year the Canadian women finished fifth.

Canada will play at the upcoming FIFA Women’s World Cup, which will take place in June and July in France, where they’ll face Cameroon, New Zealand, and the Netherlands. Canada’s best results at the World Cup was the 4th place in the United States 16 years ago. Only 11 minutes separated Canada from the spot in the finals, but two late goals from Sweden sent the team to the third place play-off, where the U.S. won 3-1.