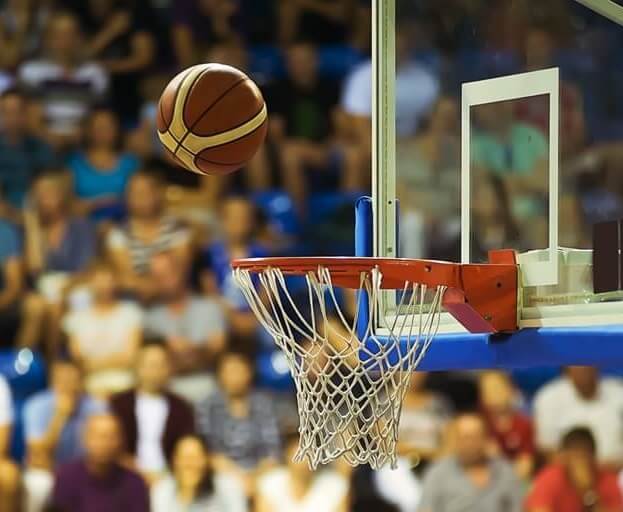 NBA fans will get to see the best and most popular players in the league take the court on Sunday for the All-Star game. Saturday night the will get to see players battle it out in the Slam Dunk Contest, Skills Challenge, and Three-Point Contest. But the weekend’s action starts Friday night.

Technically, the weekend starts with the celebrity game Friday night. But then fans get to see some of the best young players the NBA has to offer take the court in the Rising Star’s Challenge 2019.

The Rising Stars Challenge features the best first and second-year players divided according to geography. American players are on Team USA while everyone else is on Team World. They have only been using this format for the last four years, and so far, it hasn’t gone too well for the Americans (1-3).

But this year, Team USA is the favorite:

It is not hard to understand why Team USA is a favorite this go around. The group of second-year players coming back is certainly an impressive one (Jayson Tatum, Donovan Mitchell, Kyle Kuzma, De’Aaron Fox, and John Collins).

However, while each is a significant player on their respective team, they are the core of the Team USA that was crushed last year, 155-124. Great players don’t always play great together. Maybe they don’t have the chemistry necessary to get over on Team World.

Or maybe they use the memory of last year’s loss as fuel in this game. Perhaps this time, Team USA does the crushing and take down Team World. With some help from a promising group of rookies (Trae Young, and some interior heft with Jaren Jackson Jr., Jarrett Allen, and Marvin Bagley III) it is not hard to imagine it happening.

But Team World isn’t exactly going to make it easy on them. As good as some of Team USA’s roster is, an argument could be made that Team World has a better core (Luka Doncic, Ben Simmons, and Bogdan Bogdanovic—last year’s MVP winner). Along with Dendre Ayton, you could say Team World has a ‘Big Four.’

However, while the rest of the roster is filled out with good, quality players, they are role players. They aren’t going to be leading men, part of a Big Three, or a superstar. So, can Team World get the job done leaning primarily on its Big Four?

Team USA is going to give Team World a much better run for their money then they did last year. But in the end, Team World has a better core, and they will lead the team to victory—which will require another question be asked.

Who is going to win MVP of the Rising Stars Challenge?

The Odds of Rising Stars Challenge

The odds on which Team World player is going to win MVP of the Rising Stars Challenge are as follows:

Osman, Okogie, Kurocs, and Gilgeous-Alexander can probably be eliminated from contention right off the bat. No one outside their team’s fan base probably knows who they are—and there is a good reason for that. While talented, they are far from becoming stars.

Markkanen and Anuby can likely be eliminated as well. They are good at what they do, but they are support guys and not team leaders.

Simmons is not going to score a ton, but he will facilitate most of the scoring that goes on. However, in the NBA, those guys don’t get the credit they deserve. The MVP will go to the guy he sets up the most and can generate his own scoring opportunities—Luka Doncic.

Ayton and Bogdanovic will likely be on the receiving end of Simmons handiwork. But they are not going to generate as many points on their own as Doncic can (Ayton might, but they would primarily be put-backs after he pulls down a rebound).