Bianca Andreescu has successfully returned to the court after being absent for two months due to an injury. The 18-year-old from Mississauga, Ontario beat the Czech Marie Bouzkova 6-4, 6-4 in the first round of the French Open, in a match that started on Monday but ended a day later, after it was suspended because of darkness.

Andreescu played her last match on March 25 at the Miami Open, when a shoulder injury halted her in the fourth round of the tournament. The unfortunate injury came shortly after the first WTA title of her career, won at Indian Wells.

Both of them had problems with their serve, with Andreescu breaking the 20-year-old Czech 9 times, while Bouzkova had 8 breaks. Andreescu will now turn her attention to the next match, where she’ll face the world No. 35, Sofia Kenin of the United States. The two played 3 matches so far, with Andreescu having a 2-1 record. They met twice this year: Kenin beat Andreescu in the semifinal of the Mexican Open, back in February, while the Canadian had her revenge in the second round of Miami. 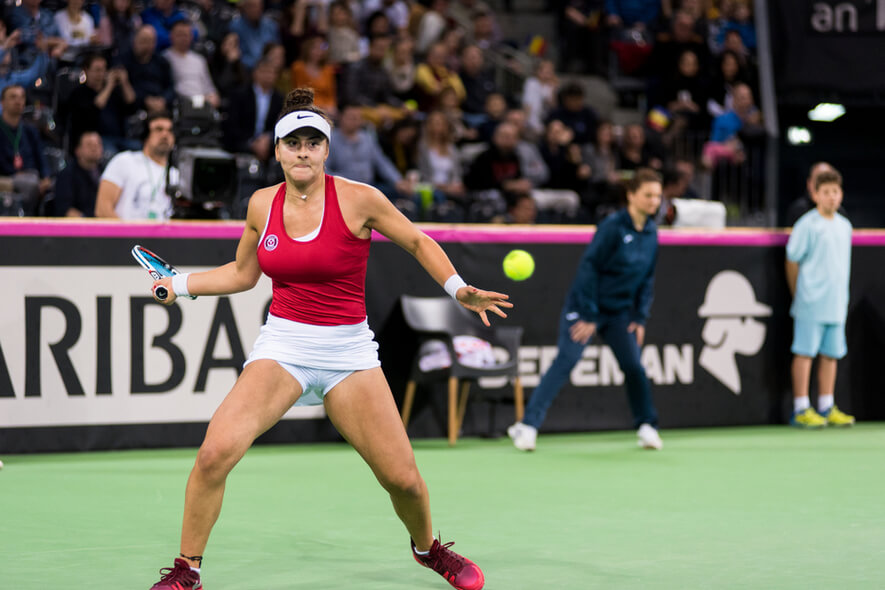 Speaking about the upcoming match, Andreescu said she knew it was going to be a tough one, but pointed out she would play her game and fight till the end.

Andreescu is also the last remaining Canadian in the singles, after Eugenie Bouchard lost 6-2, 6-2 against Lesia Tsurenko on Tuesday. Bouchard was also absent from court since March, recovering from an abdominal injury.

The 25-year-old from Westmount, Quebec, ranked No 77. In the world, had problems with her first serve, winning only 55 percent on it. On the other hands, the Ukrainian player was much more successful in the same aspect with 72 percent.

Bouchard recorded just seven winners during the 65-minute long match, while her opponent had fourteen.

The first-round women’s doubles match Andreescu and Fanny Stollar of Hungary were scheduled to play against Lucie Hradecka of the Czech Republic and Andreja Klepac of Slovenia was cancelled today. The same happened to the match Denis Shapovalov and Fernando Verdasco were supposed to play versus the Spanish team of Marc Lopez and Marcel Granollers.

If you’re looking for the best odds for the French Open, be sure to visit LeoVegas.