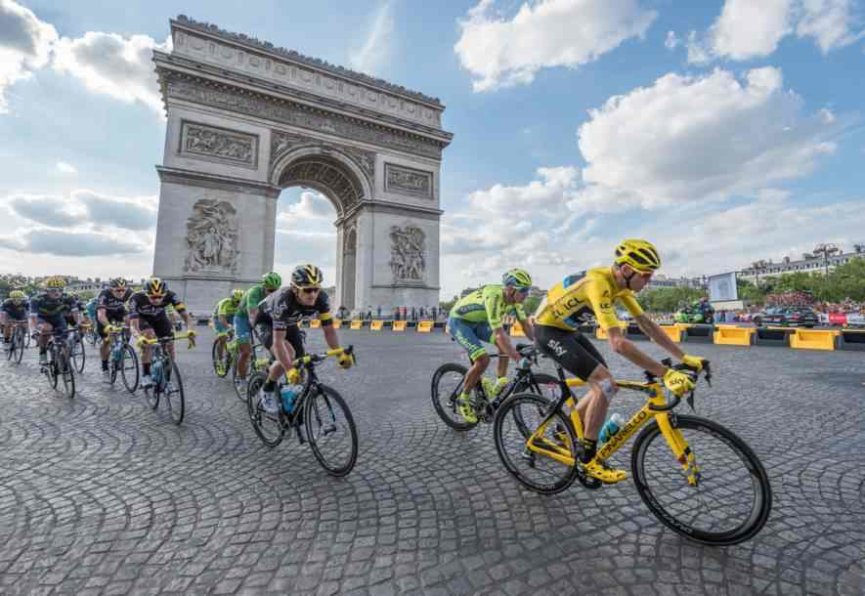 The Tour de France is one of the most famous bicycle races in the world, and one of the three Grand Tours. The race itself is held in France, although it occasionally passes through neighbouring countries.

The prestigious event is held traditionally in July, consisting of 21 stages, and although the route changes each year, the format of the race remains unchanged and includes time trial, the mountain stage and the finish in on the Champs-Elysees in the French capital. The mountain stage is the most difficult part of the race, as it includes passage through the Pyrenees and the Alps.

Since the inaugural race, which took place in 1903, the Tour de France has been held every year except during the two World Wars. Over the years, the race was lengthened, and it became more and more popular around the world, and today has become the biggest annual sporting event on the planet.

This year’s event represents the 106th edition of the famous race. It has started on July 6 in Brussels Belgium and will come to end on July 28 in Paris, after 2,162 miles and 21 stages. 176 riders from 22 teams are taking part in this year’s edition of the Tour.

Seven out of 21 stages are classified as mountainous, while this year’s race will have a total of five mountain-top finishes. One particularly challenging route will be on stage 19, when the racers will climb the Col de l’Iseran mountain pass, Europe’s highest paved pass in Europe, for the seventh time in the history of the Tour.

The first mountain stage of this year’s Tour de France was driven on July 11, from Mulhouse to La Planche des Belles Filles. The winner of this 100-mile-long stage was Belgian cyclist Dylan Teuns.

The next one is coming on stage 12, on July 18, and will take drivers on a 130-miles-long journey from Toulouse to Bagnères-de-Bigorre.

Here is the full list of the remaining mountain stages at the 2019 Tour de France:

Fighting for the Polka Dot Jersey

Julian Alaphilippe is the ruling King of the Mountain, and we can be sure he’ll give his best to remain on the throne. However, Alaphilippe, who is priced at 7/2 at 888Sport, will face stiff competition from the 2017 winner Warren Barguil, available at 7/1 and it will be interesting to see their duel on the steep roads. The Belgian Thomas De Gendt is also regarded as one of the favourites to become the new King of the Mountain, and he can also be backed at 5/1.

Giulio Ciccone is riding his debut Tour de France, but after winning the polka dot jersey in the Giro d’Italia, he made it to the list of favourites and is priced at 7/1.

Vincenzo Nibali will also be looking to get the crown and is available at 7/1. Tim Wellens, who is currently leading the mountains classification, can be backed at 9/1.

The battle continues and we’re looking forward to plenty of excitement in the upcoming stages, and we can’t wait to see who’ll be the new king! Alaphilippe last year won two stages and in the end grabbed the polka dot jersey, showing he’s more than a climber. The French rider proved he was capable of winning on all types of terrain. 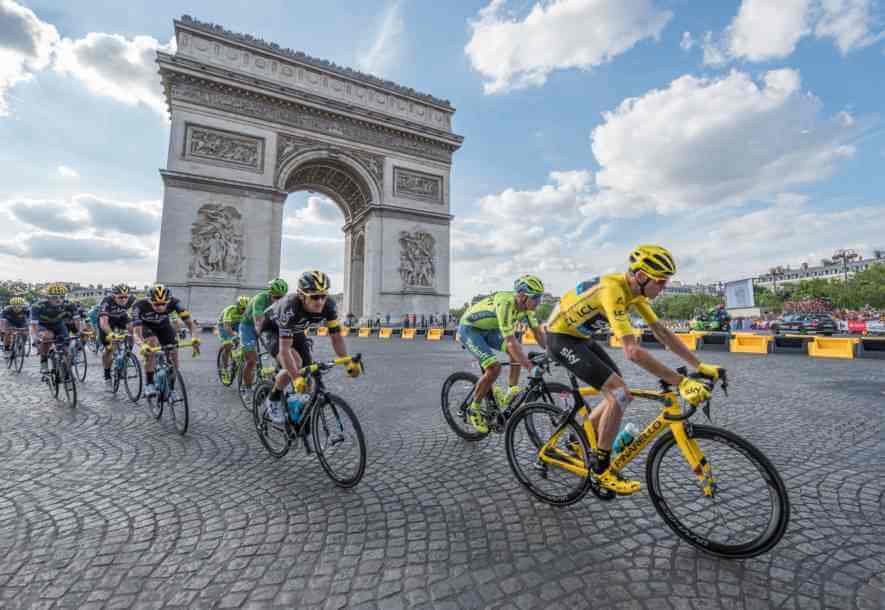 Factors to Consider Before Betting on the Tour de France

The Tour de France is the biggest annual event in Cycling, so it comes as no surprise it attracts plenty of bettors and bookmakers alike. The world’s most prestigious race is also extremely popular in a wide variety of betting markets, which means bookmakers will be offering odds on just about any eventuality you can think of.

There are things to consider when it comes to betting on the Tour de France. First of all, do bear in mind that the Tour will last for three weeks, with odds being updated regularly.

When it comes to available betting markets, the most popular one is betting on the overall winner of the Tour de France, but if you can’t wait for the three-week race to end, you can always choose one of many other available markets.

You can place in-running wagers on one of the stages, or bet who’ll finish in Top 3 or Top 10. During the exciting three weeks of racing, you can bet on who’ll the Points, Young Rider, and Mountains classifications. Sometimes the best odds can be found before the race starts, and this especially applies to outsiders. Having a betting strategy might help you maximize your chances.

Type of Bets Available During the Tour de France

As one of the most-watched sporting events on TV, it comes as no surprise that bookmakers have a wide offer of markets for the prestigious race.

All major online bookmakers will have superb Tour de France odds on offer, while available betting markets include outright and in-running options.

Be aware that outright odds are updated after each of the stages is completed.

Overall Winner – bet on the winner of 2019 Tour de France

Point Winner – predict who’ll take the Green Jersey home by collecting the most points in each of the stages finishes and sprints.

Climber’s Classiﬁcation – the winner of this market will be crowned the King of the Mountain.

Top 3 – place a bet on your favourite to finish the Tour among the three highest-placed drivers.

Top 10 – this is the same as Top 3, apart from the fact that you bet your pick will be among the ten highest-placed cyclists of this year’s Tour. This market is very popular.

Stage Winner – the race is comprised of 21 stages, with each of them being different. Every rider has its chance here, meaning every type of bettor can find the right odds.

Head-to-Head – it’s simple as it sounds: pick two riders, and bet who’ll finish the race first. This market mostly applies to the overall race, but there are odds for individual stages as well.