The best odds for the match

The Toronto Argonauts played probably their best game of the season last week against the Montreal Alouettes only to fall short in the end. But while the ending was disappointing, the game showed that the Argonauts are capable of playing very good football. 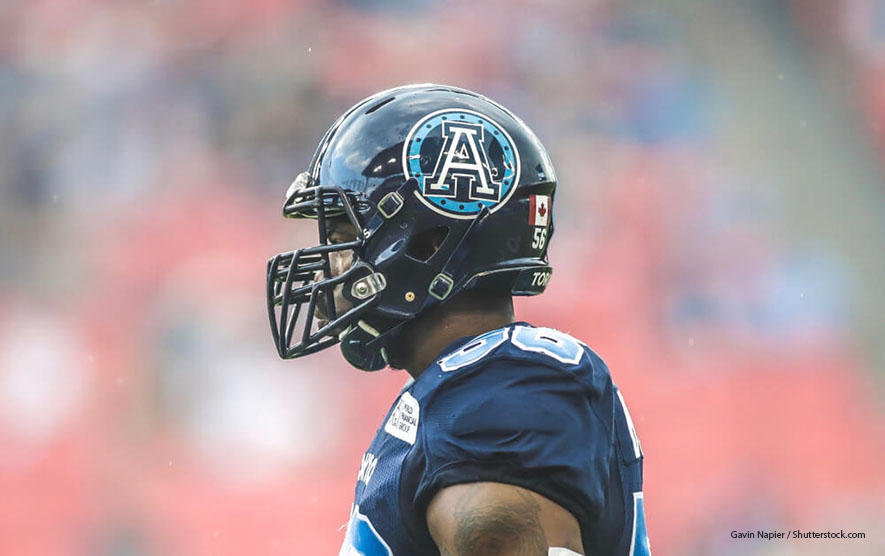 They will need to play an even better game this week against a Hamilton team that is still winning the game despite losing Jeremiah Masoli for the season.

If the first meeting between these two teams is any indication, then this game is over before it even starts. Back in Week Two, the Ticats destroyed the Argonauts with ease, 64-14, the largest win Hamilton has ever had over Toronto.

Hamilton generated over 600 yards of offence in that game, and at one point, scored touchdowns on six consecutive drives. But circumstances have changed, somewhat, for both teams. Masoli is out for the season with a knee injury making Dane Evans the starting pivot. Toronto has had a change at pivot as well with McLeod Bethel-Thompson taking over the role.

The Ticats are definitely not the same offence with Evans at pivot, but they have managed to continue to find ways to win. They lost in Evans first start back in Week Eight (to Saskatchewan) but have since won three in a row, two against the Lions and one against the Redblacks.

However, those wins were all defence-driven with the offence doing just enough.

Last week, against the Alouettes, Bethel-Thompson put on a show throwing for 464 yards and a pair of touchdowns against a pass Montreal pas defence. But Hamilton’s is only mediocre, at best, which leaves open the possibility of another great day for Bethel-Thompson.

It has been a rough season for the Argonauts this year. Heading into Week 12 it is probably safe to say that the 1-8 Argonauts are not going to make the playoffs. It will take an epic turnaround as well as other teams experiencing some bad luck.

The struggle was apparent last week when they dominated the Alouettes for the first half and had a chance to win on the final play of the game only to fall short once again. After the game, pivot McLeod Bethel-Thompson was understandably frustrated, via TheStar.com:

“The season can’t get much harder. I think we’ve lost every way possible. The universe has got a really hard road in line for us, so this one hurts probably more than any other loss we had this season.”

But what is interesting about the Argonauts is that while their record would indicate otherwise, they are capable of playing with the better teams. Their one win came back in Week Eight against the Winnipeg Blue Bombers.

Perhaps, if the defence can play as well as they did against Montreal this week against Hamilton, they can finally get win No. 2.

Fans have been waiting for the proverbial shoe to drop on the Ticats season since Jeremiah Masoli went down. But the team seems to keep finding a way to win. However, they have yet to beat one of the better teams in the league with Evans at pivot.

They lost a close game to Saskatchewan in his first start, won a one-point game over the Lions, beat the Redblacks, and then edged the Lions out a second time just last week. The offence has done enough, but it has not done a lot with Evans.

The stage could be set for Evans to have a career day this week. Toronto has the second-worst pass defence in the league. So far, this season, they have allowed 310.8 passing yards a game and are tied with the Lions for most passing touchdowns allowed (18).

Hamilton will likely need him to have a good day, just in case, their defence (fifth against the pass) struggles to contain McLeod Bethel-Thompson.

Toronto and Hamilton met back in Week Two, a game the Ticats won with ease, 64-14. From a historical perspective, these to teams have played 311 times during the regular season dating back to 1909. Of those games, Toronto won 137 and Hamilton 165. Nine games ended in a tie.

During the playoffs, they have met 26 times with Toronto holding the lead with 14 wins to Hamilton’s ten. Two games ended in a tie.

The Ticats seem like they have been struggling to keep their heads above water against some pretty soft competition since losing Masoli. While Toronto could easily be counted as a ‘soft’ team, they have been playing a lot better since getting crushed by the Ticats back in Week Two.

The safe bet here would be to stick with Hamilton. But if Toronto can bring it like they did last week, this game has upset written all over it. Go with Toronto at +425. If the Argonauts do not win straight up, they will win against the spread (+11).

As for the over/under (52.0)—since neither team has a stellar defence, go for the over. Bethel-Thompson can score against this defence, and maybe Evans can have a breakout game against one of the worst pass defences in the league.

Toronto fans interested in taking the points will want to go to BetOnline.ag where the spread is +12. If the offences make you nervous about taking the over, the total is just 51.5 at 888sport.com.

Take the Argonauts and the points. Evans and the Ticats offence is not the same unit as it is with Masoli. With how Bethel-Thompson is playing, Toronto is going to keep it close.

All of our tips are based on both detailed analysis and expert knowledge, while our writers also use their personal opinion in order to back particular markets. We do not guarantee success when it comes to placing bets and it is important to bet responsibly at all times. All prices mentioned are correct at the time of publishing. Odds are likely to change, therefore you are recommended to check prices in full before placing any bets.